Content. It’s the lifeblood of the Internet. It’s what we all come here for usually. That and chatting to our chums.

There are more content aggregrators on the web than there are pictures of girls in various states of undress. That’s probably not true, we’re emphasising for effect. There are a lot though.

Such is their power in terms of the shere traffic they can point towards websites many blogs and large news co-operations find it hard not to pander to them.

So we’ve decided to compare seven of the biggest content aggregators and content sharing networks out there.

Name: Digg
Founded: 2004
How it works: Digg features content submitted by users into different sections. There is a frontpage featuring latest stories and separate sections for different types of stories. If you like a story you digg it which adds to the digg counter — but you probably knew that. The average user joins and checks in a few times a week to see what’s popular. Others start to follow users whose submissions they like.
Pros: The biggest user generated content sharing network on the web. A wonderful spread of content. Engaged and generally intelligent users.
Cons: Attracts formulaic content. Power diggers hold too much control. Users not renown for their collective sense of humour.
Conclusion: A wonderfully well-implemented platform. With great supplementary options such as the ubiquitous Digg button and Twitter feeds. The qualms over power diggers are founded, but the content they submit can only be truly successful when normal diggers pick up their stories.

Name: Reddit
Founded: 2005
How it works: Unlike Digg stories are more prone to going up and down. You can bury stories in Digg but the option to vote a story down on Reddit is far more pronounced and actually far more part of the process. Unlike Digg stories tend to be more serious and are often political. User generated one-joke images are also pretty common. The readership are a learned lot; it wouldn’t be an exaggeration to say Reddit is probably the most intelligent user-base of any content sharing site.
Pros: Power users don’t hold the same sway. Users have a sense of humour. Good spread of content.
Cons: Comments can be a bit ranty, very ranty in fact. The interface is charming but really a bit rubbish.
Conclusion: Reddit’s real strength is it’s user base. Unpolished would be the kindest way to describe the site itself, but it’s really worth bearing with for the multitude of content you’d have never come across otherwise. 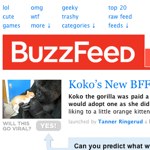 Name: Buzzfeed
Founded: 2006
How it works: You submit content, usually pictures or video, they can contain links to fuller articles. Buzzfeed isn’t a content sharing network in the purest sense of the idea. It combines a viral-snapshot mechanism and user generated content, to produce a snapshot of the viral internet. Basically it’s more of a collaborative blog, where users vote up and down posts. Buzzfeed’s level of interaction with each post is unparralled. You have the option to give a one word response which amounts to a vote, you can love or hate a post or you can reply with a comment or picture. Their is also a wierd Viral League thing where you predict what’s going to go viral. Inbetween the posts are partner posts from a host of the internet’s best sites and blogs.
Pros: Amazing design, a nice tongue in cheek slightly ironic outlook, plethora of interaction options.
Cons: Not really a content sharing site, difficult to get a popular post, generally spurious content.
Conclusion: If you don’t take this site too seriously you’ll really enjoy it, don’t consider it a means to get bucket loads of traffic to your site like Digg and Reddit, but if you can get onto their partners list you’ll be golden. 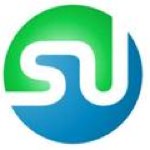 Name: Stumbleupon
Founded: 2001
How it works: Sign up, tell them what you like, and start stumbling. It’s that simple really. Depending on what you like, you’ll be landing on sites that people with similar interests to you like. Stumbleupon builds up a profile of you and shows you stuff you’re more likely to like, like. It’s really simple, but the mechanism for getting content featured is difficult it’s all about social suggestions.
Pros: Genius idea that feels like you’re channel hopping on the Internet, probably the broadest range of content on the web.
Cons: Convilluted submission procedure, difficult to make chums, lots of sites can be one click wonders.
Conclusion: A nicely implemented idea that would only be better if it’s sharing mechanism was better.

Name: I-am-bored
Founded: 2003
How it works: You can submit, pictures, videos or links. You can sign up to their partners list and depending how many hits you send their way they’ll put some of your content, or links to it, in their main stream. You won’t believe the the sheer amount of traffic it wields. Get a link up there and your Google Analytics might prolapse.
Pros: Hilarious mix of content, surprisingly intelligent user-base contributing consistently hilarious comments, no such thing as power users.
Cons: Seems like there is no rhyme or reason to link backs, the UI is crap.
Conclusion: If you like your comedy pretty dark, and let’s face it, you probably do, this site is for you. Again not really a content sharing site in the purest sense of the word, they want a lot from you before they give you anything back — but you know, that’s just life. 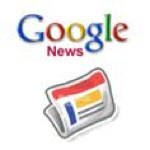 Name: Google News
Founded:
How it works: The Google news aggregator is a shady mechanism that Google uses to funnel traffic to certain, usually mainstream, new sources. About 60% of users will just go straight for the top link, the rest will look at all the options of the story and pick a source or headline they like the look of.
Pros: The shere breadth of content and options, nice simple design, no discernable bias.
Cons: Tends to favour the larger media producers (though they can’t be blamed for this as it is part of the mechanism)
Conclusion: The best news aggregator going. But Google’s presence in this market brings up more questions about their broader role with regard to the Internet.