Google launched Wave back in October and Buzz last night. What’s the difference? Do we need both? 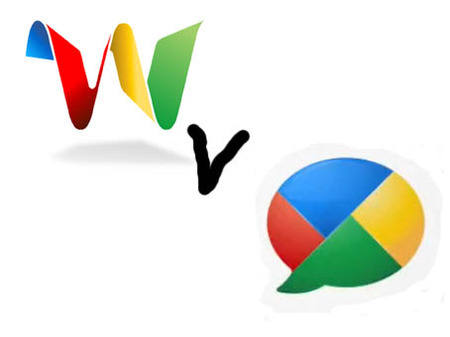 Where Wave was launched to a big build-up, an official live preview in front of a gasping crowd and a painfully slow trickle invite system; Google has slipped Buzz out very quickly and all gmail users will get Buzz appearing in their email account over the course of a few days.

Is Wave not taking off as well as they expected?

Okay, Buzz is called a social network and Wave is largely a tool for collaborative document editing – a more work and business focussed service. Though from my experiences of it, people largely use it to organise who’s cooking dinner.

This is what Google said about Wave:
“Google Wave is an online tool for real-time communication and collaboration. A wave can be both a conversation and a document where people can discuss and work together using richly formatted text, photos, videos, maps, and more.”

And what they say about Buzz:
“Google Buzz is a new way to start conversations about the things you find interesting […] an easy-to-use sharing experience”

While they do both have a very similar ethos, I think easy is the key word with Buzz, Google Wave may be beautiful but it’s almost more complicated than our minds can cope with. Even a conversation with one person starts to look like cubist word art after 10 minutes. It’s like using a Formula One racing car to drive to work. That’s why it would be good for serious professional use (though I haven’t heard of many examples where it has been used like this, yet.) I would love to get some statistics on Google Wave uptake and usage, but I suppose since it’s still in preview

So Buzz is a bit simpler. It’s in gmail, so you don’t need to go to a separate site (which you then forget to check) it copies a very well-known formula: the Facebook/Twitter-style status update.

Having a very simple core service that works well is the lesson from Twitter’s success. Let other people add on fancy bits, but keep it simple.

Oh the other key word for Buzz – mobile. It has a mobile and location based component as well, which is a big deal given how important the mobile internet now is. Integration with Google Maps is, as you might imagine, seamless.