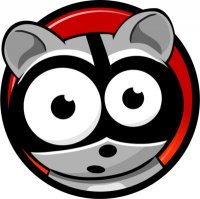 News from the world of Social Networking that Seesmic have just bought out Ping.fm. Both enable easy posting to social networking sites so the amalgamation of the two could create an important social networking hub letting you cross closed sites with ease – message someone on Facebook via g-chat for example, or post on someone’s MySpace wall by email.

As Seesmic say: “Your friends are not all in one social network, but we want to help you stay in touch with them anytime and from any device. That is Seesmic’s vision and to deliver this faster, we have acquired Ping.fm. You can now update 50 social networks using Seesmic+Ping.fm from email, chat, sms, Blackberry, Android, web, Windows, OSX and much more soon.”

What does Ping.fm do?
Ping.fm lets its users use post to 50 social networks (including Twitter, Facebook, MySpace, LinkedIn, Ning, WordPress, TypePad) by using the the simple tools of email, text message or chat. Ping.fm is a simple way of controlling a whole host of more complex sites. It is compatible with every single Internet device in the world, which is why it has become so successful among thousands of users.

What does Seesmic do?
Makes applications for web, desktop, and mobile. For example it has a computer app for Twitter and Facebook updates.

What could Ping and Seesmic do together?
You can now update those 50 social networks through Seesmic’s apps. That would bring that capacity onto mobile phone platforms too: Blackberry, Android, Windows and soon others, as well as the traditional Ping inputs of email, chat and text message.

Our verdict
Should goes some way to making the jungle of walled-off social networks a little easier to manage, making Seesmic+Ping.fm the key service for updating social networks.

See also: Brizzly – a web interface for Twitter that makes it better