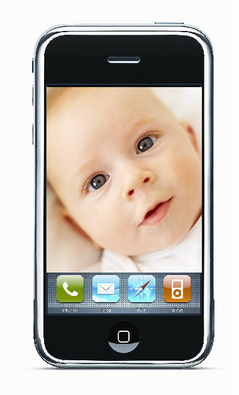 You know the way they tell you where babies come from in 3rd form Biology classes? well something they never told me is how iPhones can get involved. No, though you can get iSperm applications, you can’t quite download zygotes – yet.

A great story from the Scottish Sun reports how an iPhone helped bring life into the world. Lena and Dudley Bryce from Glasgow had been trying to conceive for a while and doctors said they were both young, fit and healthy so there was no reason why they couldn’t.

“We were considering IVF or adoption.” Lena told the Sun “But Dudley gave me the iPhone for my birthday and I downloaded the app.”

And what was the magic baby-making app? The Free Menstrual Calendar – enter the dates of your period, it predicts the days when you’re most likely to conceive and suggests good positions. It also tells you when your baby is due and it got it exactly right this time. 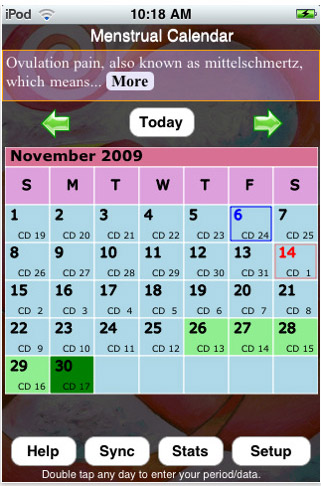 Lena said: “Friday was the due date and first babies are often late. But Lola came exactly when the iPhone said she would – it’s amazing.”

That iPhone… it’s a shame they called the baby Lola, when it could have been called Apple, or App or just iPhone (now there’s a sweet name for a girl).