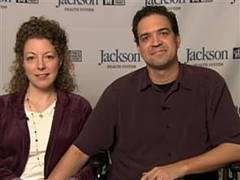 An American man trapped in the rubble in Haiti saved his leg with his iPhone, according to a report on MNSBC. Dan Woolley used a First Aid app to work out how to treat it after he was injured.

Because Dan Woolley is near-sighted and lost his glasses in the quake shock, he used the focus and flash on his digital camera flash to help him see his surroundings and snapped photos of the wreckage in order to see a safe place to hide.

The iPhone app instructed him to bandage and tourniquet his leg and staunch bleeding from his headwound. It also warned him of the danger of falling asleep if he felt he was going into shock, so he set his iPhone alarm to sound every 20 minutes.

After 65 hours of waiting and crying in the darkness he was rescued by a French team.
As a few blogs have pointed out – it didn’t need to be an iPhone that Woolley used to find that information out, any smartphone would have done the same job – I suppose it just adds to the Apple phone’s myth.