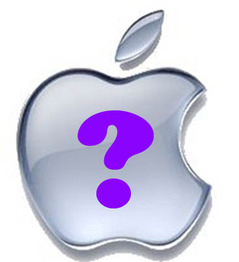 Some leaked specs already: Jason Calcanis silicon valley tech reporter and entrepreneur says he has been testing the Tablet for a week and released a series of tweets giving details about Apple’s Tablet, due to launch in four hours.
10 key points according to Mr Calcanis:

1. It’s going to run on an iPhone OS – this means apps should be compatible across the two platforms, though there may be some issues with screen size.

2. The tablet will be able to run several apps simultaneously – not something you can do with the current iPhone system.

3. It’s got a camera on the back and on the front making video-conferencing even easier and letting it go augmented reality. He described it as “super stable but nothing new”.

4. The tablet is a gaming machine – two thumb pads on either side of the screen can be used for controls the device comes with and built-in apps like Farmville, the popular Facebook game. It’s optimised for connecting with other computers over wifi for multi-player online games.

5. The screen is high-end OLED and has a solar panel on the back (though Calacanis claims this is a bit of a gimmick.)

6. The tablet connects up with wireless keyboards for inputting text and to TVs for when you want a big screen monitor.

8. Media: Oh and Calacanis also says it’s great for reading articles on, as you might expect if the device does indeed have a OLED screen. He said he’d read the New York Times and Vanity Fair on it.

9. A fingerprint reader security device: it can be programmed to register up to five users by their fingerprints per device.

10. Battery life: apparently it’s great in eBook mode but slips down to 2-3hrs in wifi or gaming mode.

He couldn’t reveal the name or any pictures…. suspense builds…

UPDATE: Business Insider report that at least one of Calcanis’ claims is not true. Farmville creator and CEO of Zynga Mark Pincus is not going to appear on stage with Steve Jobs at the launch as Calcanis promised in a tweet.