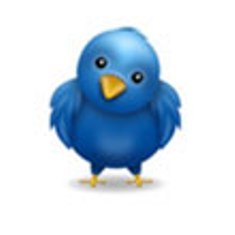 As individuals start the dividing their Twitter Following sections into lists, companies specialising in social media are going even deeper and one – SimplyZesty have decided to split up Twitter users by country starting with England and Ireland. Currently limited by the amount of users you can have in one list (500 at the minute) this isn’t going to be terribly useful until Twitter changes the rules.

In principle – it would be useful to have companies methodically creating Twitter directories i.e. plunging into the millions of Twitter users and creating massive reference lists so you don’t have to.

However, will Twitter increase the number of people allowed on a single list? It has done quite well out of setting limits on things – characters in an update, to take an obvious example.

A list of say, 6 million people – perhaps the number of Twitterers in any given large country – would be too big to be useful for any individual user. Though, the information on Trending topics etc could be usefully split by location and thus might be of use to advertisers.

It seems SimplyZesty have found a way to automate adding people to lists, which you’d need – otherwise some phenomenal manhours would be involved in filing all of Twitter’s millions of users.

And for everyone who’s still got their profile location set to Tehran… or nowhere, they’d end up being wrongly listed.

A lot more of these stories coming soon I imagine: Twitter lists ain’t going away.