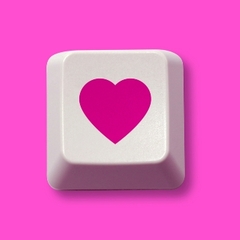 Good spelling helps you get dates and mentioning zombies is much more likely to start a conversation up than chatting about god says a survey of first messages on dating website OkCupid.

Finally there are some hard statistics out on this most delicate area of internet interaction. The people behind OkCupid have analysed 50,000 first messages sent on the site and worked out statistically the sort that work best: which first messages get replies and which sit there ignored, wilting in message inboxes.

The results published on the site OkTrends confirm a few home truths but also throw up a few surprises. There are 7 golden rules:

#1 – Be literate
Bad spelling is a serious faux-pas: writing ur, u, luv and wat in a first message all reduced your chance of getting a reply pretty severely, by up to 20%.

#2 – Avoid physical compliments
General compliments work well – but pitching in with u r hot in the first message is statistically proven not to work. You haven’t even met them for godssake. Not surprisingly men tend to do this more than women. Gentlemen – it doesn’t work.

#3 – Use an unusual greeting
This surprised me but I guess it makes sense. Apparently starting with a generic Hello or Hi made people slightly less likely to respond to your message. Going in with a wackier Howdy or How’s it going? apparently got people’s attention. Howdy? Well.

#4 – Don’t try to take it outside
On a first message, you’re just warming up the conversation, so suggesting you meet up, swap numbers, or even move over to MSN or gmail are no-nos. Look – the graph says no. 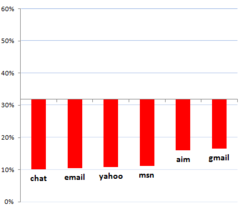 #5 – Bring up specific interests
Showing that you’ve read the other person’s profile is good. Mentioning common interest you share is a bit of a winner. Every niche word gets a strong response. We quote okcupid:
“There are many words on the effective end of our list like zombie, band, tattoo, literature, studying, vegetarian (yes!), and metal (double yes!) that are all clearly referencing something important to the sender, the recipient, or, ideally, both.”

#6 – If you’re a guy, be self-effacing
You may or may not be a guy, Shiny reader, but if you are – acting a bit cute, vulnerable and mumbly comes off a lot better than launching in too confidently. Words like “awkward” and “apologise” get higher than average response rates.

#7 – Consider becoming an atheist
Well this is an odd one. But it’s what the stats show: “Mentioning your religion helps you, but, paradoxically, it helps you most if you have no religion.” Cupid reports.

Taking all this advice at once would mean that a practically irresistable best first message ever would be:
Howdy. I see you like Swedish 90s doom metal? Amazing, I’m listening to some right now as I rissole carrots for a vegetarian souffle. What’s your favourite use of the word crucifixion in the work of band Memonto Mori? I think they’re the band that turned me into the atheist that I am. Do you like zombie tattoos? I’ve got three…

[well, we’re not saying it’s foolproof, of course if the person you are messaging isn’t into metal or vegetarianism then you may be wasting your well-spelt words. But you get the gist.]

OkCupid give some first messages (from men to women) that not surprisingly, didn’t get responses:
Your hot

DAm I got inch for you

Your people need to get out of Israel

Final point to bear in mind – keep it short. The optimal first outreach from a woman to a man is just 50 characters long, according to this post. The average woman’s time is better spent looking for the right people to write to, rather than composing detailed messages.