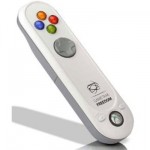 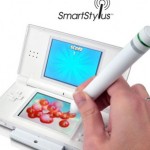 The Wii is a bit like the popular kid in school – everyone is secretly envious of it and/or wants to be like it and/or will attempt everything within their power to act like it. Enter the Xbox 360 and Nintendo DS. Rather than just being satisfied with their standard non-motion sensor gaming experience and control pads, the Xbox 360 and Nintendo DS have decided the Wii has been hogging the limelight for long enough and now want a piece of the motion sensor action. Word in the gaming world is the Xbox 360 is to get a WiiMote-esque controller called the GameTrak Freedom and the DS to get a pen with tactile feedback.

The GameTrak Freedom, a fusion of Xbox 360 colour buttons and Wii-style remote will be available by the end of the year. The turbo stylus for the DS, which adds sounds, LEDs and motion feedback to your DS gaming experience is tipped for an autumn release.

It seems everyone wants to grab a piece of the motion sensor pie and jump on the latest fad. We’re seeing more and more mobile phones coming equipped with this accelerometer based feature (not to mention the ability to look like a crazy person), apparently Sony’s PS3 will be joining the party soon and who could forget Asus’ Eee Stick?

But is motion sensor gaming the way forward, or are gaming giants just jumping on the latest craze?

More from the gaming arena here