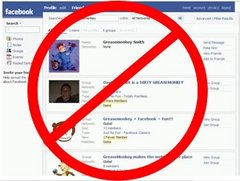 Facebook users didn’t exactly go quietly into the night when Facebook decided to abandon the Facebook design we’ve all come to know and love, in favour of a design that wasn’t appreciated by the Facebook masses and ultimately received an epic Facebook FAIL. And when Zuckerberg et al decided to get rid of the ‘go back to old Facebook’ button, the furore that ensued was of monumental proportions. Pointless Protesting groups were created and everything.

The new design overhaul was intended to provide a more efficient and tailored user experience, but the Facebook masses were not happy about it – and they’re telling anyone with ears and eyes how they feel about it. And would you know it, before the dust had even settled and the cooling off process began, Facebook announced change was in the air again.

But it was the real dedicated users that extended their gripes to the Facebook’s feedback area. Despite what I imagine was a copious amount of criticism, Facebook has revealed it’s sticking with the new design and that’s that. But it’s not all about force, Facebook will make a few compromises by bringing back certain elements of the old Facebook design. These tweaks will be introduced over the next few weeks.

The stream view, which replaced the news feed will be moving into ultimate live territory too. Soon there will be no need to refresh the page manually – it’ll update automatically. Tagged photos will also be implemented into this stream, as well as giving you control of what third party apps are allowed to infiltrate your page. Other changes include the highlights area on the right of the stream and friend requests and event invites to the top.

Expect these changes to land on your Facebook account over the forthcoming weeks… and of course expect some one to tell you how much they abhor it!

One thought on “Will Facebook users ever be satisfied?”