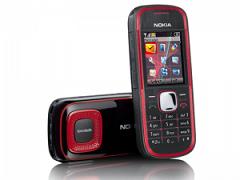 Nokia has seen the future, and it involves music. Well that’s what they’d have us believe based on the slew of musically equipped handsets it has delivered over the past year. And now there are three more to augment Nokia’s collection of music-based handsets. An assortment of budget to high-end, Nokia’s latest handsets cater to a range of potential users whatever the financial circumstances.

So starting at the bottom of the barrel is the 5030 XpressRadio (above). The clue is in the name people, so rather obviously, the 5030 dedicates itself to that little forgotten device otherwise known as the radio. So it’s hardly surprising to find out it comes complete with a built in radio antenna, eradicating that bothersome need for a headset or external speakers. There’s also dedicated XpressRadio keys, for one touch access to your favourite features as well as a large speaker to pump your music out the rear of the handset. The 5030 is bound for a Q2 release for the estimated SIM free price of €40 (£35). 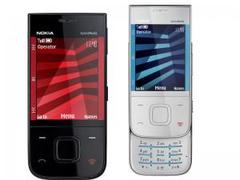 Moving on to more middle market territory is the significantly unique 5330 XpressMusic. It doesn’t take a genius to work out it’s a slider phone with some kind of musical capabilities. To be more specific, it’s a fashion conscious phone with dedicated music keys and plenty of personalisation features to reflect its owner. It’ll be great for social networking buffs who need their hourly fix, by being equipped with the necessary means to bring social networks to your home page for easy access. There’s also a 3.2 megapixel camera on board, AGPS (Nokia Maps), microSD compatibility (expandable up to 16GB) and a 2.4-inch screen. Pricing and avialbility hasn’t been announced on this one just yet, but estimations are poaching it in the €180 SIM free category. 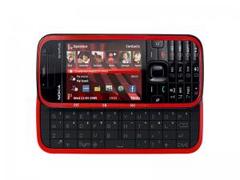 Spec-wise, the best really has been saved till last and it goes by the name 5730 XpressMusic. This slide-out QWERTY bad boy is an S60 capable handset with the power of WiFi, HSDPA and GPS. There’s also a 3.2 megapixel underneath its shell and it packs the ability to access your media via your homepage. Being the best of the lot means its price will be of a much higher value. This theory does not disappoint – €280, available in Q3 of this year.