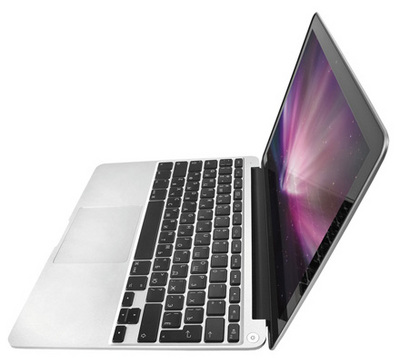 The Apple netbook rumours just keep on coming… but considering this 10.4-inch laptop is so skinny it’d give Victoria Beckham a run for her money, coupled with the lack of practicality for any breed of port taking refuge around the laptop’s perimeter, it could be easy to deem the leaked MacBook Mini pics null and void. However, according to the Russian magazine supplying the info and images, the MacBook Mini will launch later this year for $899 USD (£640) – there’s even some specs. It will apparently sport a 64GB SSD, Atom Z740 processor and in true MacBook style, just one measly USB port.

As soon as we know more, so will you.