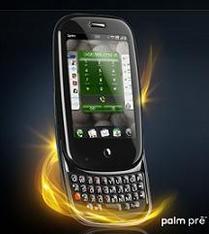 Contrary to what appeared all over the internet a couple of months ago concerning the Palm Pre’s network allegiance to Vodafone, it turns out the Pre might not be Vodafone bound after all. Those early Vodafone negotiations couldn’t have gone too well, as the Pre might now end up in the hands of O2, making them the official touchscreen sovereigns by giving them the second most impressive touchscreen phone on the planet or what has indeed been dubbed the ultimate iPhone killer (what is it that they’ve got that the other networks just don’t have?). If this is the case, O2 needn’t worry about losing valuable iPhone customers who’re after the next big thing in touchscreen technology.

The news comes from a Spanish source that reports Telefonica’s Moviestar will be given exclusivity of the Palm Pre in the UK, Spain and Latin America. Although Moviestar isn’t a household name in the UK, O2 is and also falls under the puppet strings of Telefonica. The other networks had better pull their socks up – they’re still yet to produce an iPhone killer and if O2 becomes the Pre’s pimp, those other networks will be dragging so far behind, O2 will even have time to run an extra lap around them.

According to the same informants, the Pre will be announced “before summer”, and with a UK spokesman for Palm dismissing the reports as rumour, it’s only a matter of time before we get to the bottom of the Palm’s network identity.