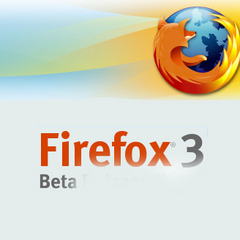 If you’re the type to get more than a little excited about an internet browser update, then prepare to hold on to your hat – Firefox has just announced Firefox 3.1 Beta 3. So, if you’ve kicked Internet Explorer to the curb (where it belongs) and didn’t fall for the flirty looks of Google’s Chrome and still pledge allegiance to Mozilla’s Firefox, the news of a test version is for you. The next update has just gone public and although it’s not complete, it is available online to download and take for a test drive on Windows, Macs and Linux.

This won’t be the final test version before all systems are go. In fact, the final version is expected to land sometime later this year. And when it does, expect it to be more along the lines of Firefox 3.5 or 6.

[via The Mozilla Blog]