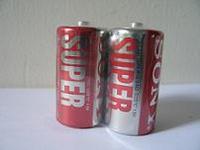 Rechargeable batteries are great, but if they possessed the ability to recharge in seconds that’d be the kind of fantastic that deserves a high five, right? Well folks, there’s a group of researching nerdlingers from MIT who’ve come up with a way to tweak bog-standard lithium-ion batteries, that will allow them to reclaim their power in seconds. This is the kind of thing a geek’s dream is made off, and it would certainly put an end to those miserable moments caused by a lack of juice.

The aforementioned group of nerdlingers, clearly very much into their science, found out lithium-ion batteries have the ability to produce energy at a much faster rate then it’s currently at. They found out that if they fiddled with the Lithium ions, they could come up with a way to speed this process up. But I won’t bore you anymore with the scientific details.

They tested their findings, and managed to charge and discharge a battery in 10 to 20 seconds – it normally takes six minutes. This significant reduction in charging time “may open up new technological applications and induce lifestyle changes”. This would provide a significant breakthrough in the realm of the power hungry gadget, such as providing more features that are renowned for drastically draining your gadget’s power such as high quality video. However, it’s also an environmentalist’s nightmare – charging you power stealing gadgets more than once a day is going to have definite effect on your carbon footprint, and therefore the environment. There will certainly be a bunch of unhappy environmentalists if this is made a reality.

This is something to keep an eye out for in the future – it could change the face of gadgetry as we know it.