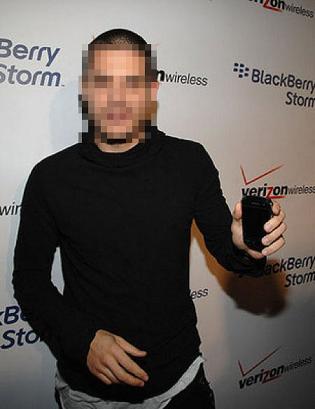 Well well, who’s this piece of eye candy keeping a firm grip on his Blackberry Storm? I know you can’t make a verdict on his eye candy status just yet, but trust me when I say… yum *swoon*. He’s known for being on, then off, then on again with someone who was unceremoniously dumped by arguably one of the hottest guys on the planet so he could be with one of the hottest women to have ever graced the silver screen (it really sucked to be her around that time). His talents lie in the guitar playing/song writing/entertainer department and he’s quite good at what he does too (although there are many many people who would disagree).

Fan of Dave Chapelle? Well, this person appeared with his guitar in one of his sketches about people’s uncontrollable ability to get up and dance whenever they hear an electric guitar riff.

Got it? Find out who the visual treat is after the jump… 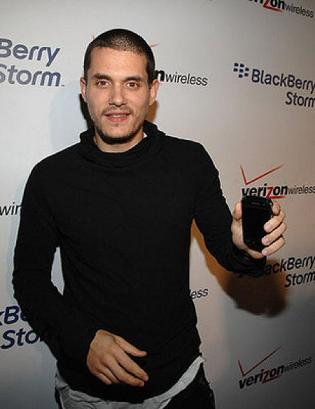 Did you guess correct? It’s the delectable John Mayer. This guy knows his gadgets and was apparently one of the first people spotted walking around with a Blackberry Bold. But times have changed – the Storm is the new Blackberry on the block and John Mayer wants in, so he made the upgrade (or was probably given it for diddly squat).