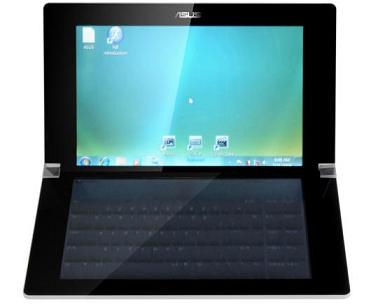 When someone said the future of laptops would come with two screens, it turns out there might have been more to that statement that mere far fetchery. The idea of kicking a keyboard to the curb in favour of a dual screen laptop won’t be beneficial to everyone – but serious multi-taskers will have a field day with a machine like this.

In a similar style to the iPhone, Samsung Pixon and a multitude of other touchscreen mobiles, there’s a virtual keyboard on board, possessing the ability to be switched to either landscape or portrait mode depending on the task at hand. According to Asus, having a double whammy of screens is pretty versatile, giving it a kind of functionality on par with a tablet – minus the screen swivelling and added bulk.

So, it would seem Asus is determined to redefine the laptop as we know it and become notorious for something other than the creator of the infamous Eee PC. However, it’s only made it to the concept stages so far, but if Asus has its way it’ll be production bound as soon as possible. 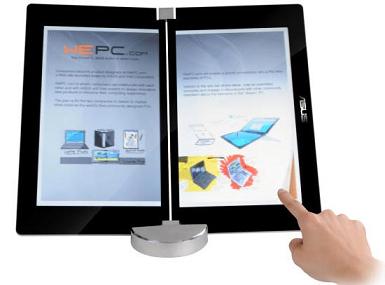 Check out the latest computers here