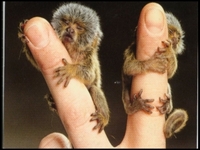 The second most popular cry to be heard at Shiny Towers is ‘has anyone got a Samsung/Nokia/LG phone charger I can borrow’ (the first is ‘who’s broken the internet now?’). But the days of having no power because of your stupid phone’s stupid proprietry phone charger are numbered.

The GSMA Association, which stands for Great Saviours of Mobile Avalanches or something, has promised that within three years the majority of mobile phones will ship with a micro-USB charger. All five of the Big Five phone manufacturers have committed to the scheme.

One thought on “Death to proprietry phone chargers”