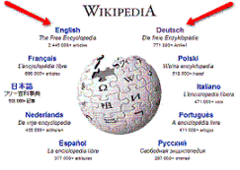 Wikipedia, the web-based encyclopaedia where anyone can write about everything could undergo a radical change in the near future, if founder Jimmy Wales has anything to do with it. The radical change in question (one that has been called for many times by disgruntled Wiki users) is to implement a ‘flagged revisions’ system. This would simply mean, information featured on the site from non-established users would be checked before going public, scrapping its open editing format (which has been accused of undermining the site’s authority) in favour of more closed approach to editing key articles.

However, avid Wiki devotees feel that its open approach is what made Wikipedia the site it is today – the popular place people go when they absolutely sweet FA about a particular subject. But on the other side of the debate, implementing a more closed approach would mean that little porkies, like faking deaths and intentionally sabotaging information wouldn’t be an issue anymore and would be “100 percent prevented by Flagged Revisions”. And contributors who’re thought of as reliable enough to contribute to the site, will be able to check changes made by less frequent, or unknown contributors.

With 60 percent of the Wiki community behind the founder, he could get his way. However, opposing Wiki users, adamant that this approach would kill Wikipedia forever, have 7 days to make an alternative proposal, seeing as the flagged revisions suggestion has been poo-pooed. This outcome will then be put to vote for the next two weeks.

So how do you feel about it all? How credible do you find the contents of Wikipedia’s share for all site? It can be a tad disconcerting if you’re going to pull important info from Wikipedia’s pages (or cheat in a pub quiz), but isn’t that what’s made it so popular? Tell us what you think below.