Zara Rabinowicz looks at the many presents that would have her running for the hills.

There are many things I like in life. I enjoy gaming, alcohol and the odd bit of nineties pop music. But that doesn’t mean I want a three disc CD collection of 80’s choons, or a novelty drinks machine. No, there are certain items that won’t have me smiling magically under the tree, but sulking and running to my room to cry (Knitting Nancy: A moment of shame).

I’m sure I’m fairly atypical of women in that there are things that I don’t want to get, under any circumstance, EVER. Here’s my list of what NOT to buy someone for Xmas, if you want to keep your relationship on the up.

Yes, I know my kettle broke last week. And a pink one is a step up from no kettle at all. But, really? Really? And you now I’m going to use that novelty popcorn maker all of two times and then it will grow dust on the back shelf. And don’t even get me started if you bought me a vacuum cleaner (unless it’s a Dyson *of course).

Do you know anyone who uses a foot spa? At all? No, me neither. But I do know many people who have an unused one lurking around gathering mildew. So thanks, but I’d rather have a gift voucher. The same goes for facial saunas, handheld massagers and cheap hair removers.

Unless I’ve specifically requested this, no thank you, I’m just not comfortable with anyone thinking they know how to get me off. Strictly off limits I’m afraid, unless you’re looking for a slap. And an even bigger no to the budget version of the sex toy- I don’t want a dolphin that’s impersonating a rabbit! 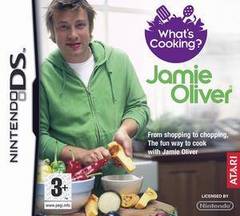 You think this option would have passed away as I left my teens, but no, a slew of terrible sounding titles have emerged, including What’s Cooking with Jamie Oliver, Imagine Cooking, Cooking Mama, Gourmet Chef, Hell’s Kitchen- even a Bartending game/recipe bible on the DS. And I have to say- no! No! Nooooooooooooo! Please get me something entertaining, not in any way useful. If you want to get me a game go for something that I can play for at least an hour, and no Sudoku or Scrabble either. (Brain training however is allowed).

Worse than no MP3 player at all. Honestly, it’s not like I’m demanding an iPod touch (though that would be nice) but a 1GB player with no screen is just 100% useless, even if it is pink. Save up for a 4GB version or go in with friends, or better yet just get me an iTunes voucher.

I know I’m guilty of this option, but in my defence, I was a whole year younger! I don’t want racing grannies, novelty nutcrackers or thumb war machines as they’ll be used once and then never again. I don’t care how funny you thought it was when you were short on inspiration in Urban Outfitters but you’re over ruled! Novelty USB sticks are allowed however.

Number Seven: A donation to charity

I realize the credit crunch makes times hard, but giving me a stylish card with a message saying this year I’m forgoing a gift as you’re feeding llamas on my behalf instead will not a happy Zara make.

I’m sooo over these. Once I’d coo excitedly over a USB light, foot warming slippers and even the never used cup warmer, but now I see them for the useless desk cluttering objects they are. And don’t even get me started on the ubiquitous panic button or humping dog…Funny for how long exactly?

Oh honey, thank you, I really needed a new Norton Anti Virus. OK, I appreciate this is a useful gift but it’s hardly fun is it? The same goes for getting them Photoshop/Vista package etc, unless you’re a computer programmer.

Number ten: A gift that’s not really for me/ food and drink

By this I mean getting me a game you’ve wanted, a DVD with your fave actor, and anything vaguely see through and uncomfortable looking. I also don’t want that £5 box of Roses you picked up as an afterthought or the posh champers that you want me to open straight away.

Zara Rabinowicz writes for Shiny Shiny and Kiss and Makeup and doesn’t want any of the aforementioned.

* Really pricey presents break the mould- no one ever turns down a Smeg fridge, no matter how dull.