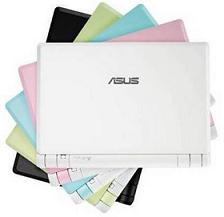 Contrary to what the president of Asus said last month, regarding Eee PC’s being no more and the discontinuation of any Asus netbook with a screen smaller than 10-inches, it’s just been announced Eee PCs are about to get a whole lot cheaper… and smaller. Q1 of next year will officially mark the year of the cheap netbook if Asus rolls out the $200 netbook it recently announced. That’s around £130 and about as no frills as Asus will have gone so far.

Although reps are keeping tight lipped about specs, features and generally anything about this new batch of bargain netbooks, this is still very exciting news for aspiring netbook owners. It probably won’t be packing the speediest processor, or a sizeable screen and you can forget HSPDA and probably Bluetooth, but you will be getting what you paid for.

Could there be an announcement at CES in January? Well, once we get through the Christmas season we’ll be able to find out, won’t we? Until then, treat this snippet of info with caution.