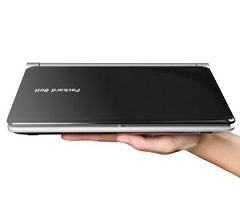 The bandwagon must have been travelling way too fast for Packard Bell to catch a ride, as the ‘dot’, otherwise known as the “the ideal travelling companion” (by Packard Bell of course) has finally joined in the netbook festivities, almost two months after we initially heard about it. Could Packard Bell have been keeping us waiting on purpose to build up some long-awaited anticipation? Perhaps – but you’ll be waiting a little bit further as it’s not out until January.

The dot doesn’t bring any new specs to the table in terms of what we’ve seen in the past but it’s all presented in a very nice glossy package so if you like modish things the Dot could be the netbook of choice – customary Intel Atom processor, 1GB of RAM, 160GB HDD, a five-in-one card reader, webcam, Windows XP, an 8.9-inch screen and the greatly appreciated WiFi. And word on the streets web is a 3G version is up for grabs too.

PC World will be getting their techy mitts on it in January for £299. In these hard times of economic breakdown, a £299 netbook is probably not at the forefront of your priorities list, but it’s out in the new year in case you change your mind.

I believe it was Packard Bell who said, “If the notebook is the main family car, then the dot is a scooter”. So think of it like that. 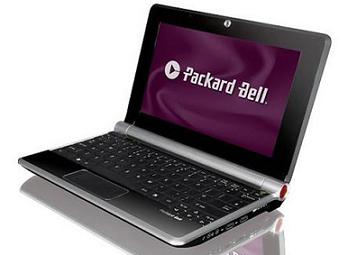