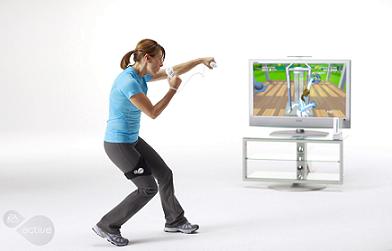 There’s a new fitness game in town, courtesy of EA Sports (it’s in the game) – EA Sports Active. The game doesn’t make use of the Wii Balance Board, but it makes full use of the Wii remote and scary sounding Nunchuck for control. There’s also a rubber strap and rubber resistance band which all sounds a bit fetishy until I tell you the strap attaches the controllers to different parts of the body so you don’t have to hold your controller while you sweat like a p.i.g and the band is for a bit of hardcore resistance training. The game promises you one hell of a workout with more than 20 sporting activities including running and tennis.

Check out the promotional images after the jump…

It’ll also include a calorie counter and your own virtual personal trainer telling you’re a no good, good for nothing piece of lard (not quite to that extent).

The US get their hands on it first in the Spring with the rest of the world lagging behind at a later date yet to be announced. 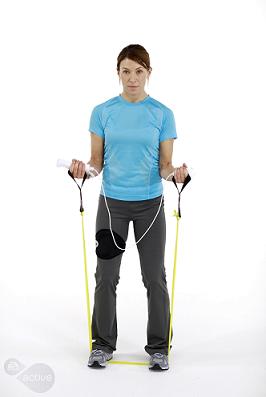 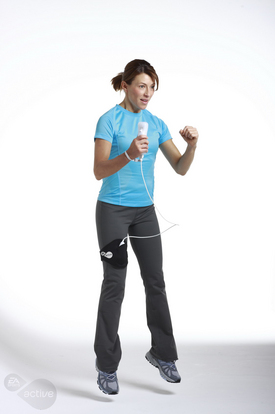