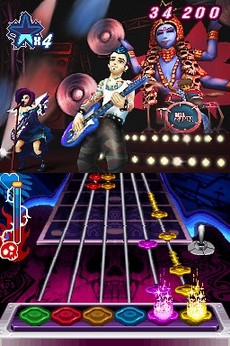 It’s been a long time coming but the guitar strumming game better known as Guitar Rock Tour has finally made it onto the iPhone. The mobile alternative to Activision’s popular rock god wannabe game let’s you bang on the drums, strum the guitar or play tunes on the go. Your gaming technique will obviously differ drastically from what you’re used to, but the game makes the most of the sizeable touchscreen, grouping together a bunch of finger tapping/sliding/scrolling manoeuvres for you to use.

The career mode sounds like a fun feature – you start off in a small garage (no doubt broke, hungry but living for the music) and you progress to the biggest stadiums around the world as your skills improve.

And in true rock star style, the game also promises to throw in infrequent alcohol, cigarette and drug use references together with the occasional sexual reference and a bit of nudity – but nothing too heavy. There are 17 head banging tracks to play along to including ‘Underclass Hero’, Rock You Like a Hurricane’ and rock classic ‘Smoke on the Water’.

Want a go? Head on over to iTunes. Owners of the iPod Touch should suppress all excitement now – it’s for the iPhone only. 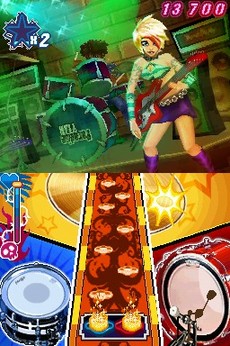 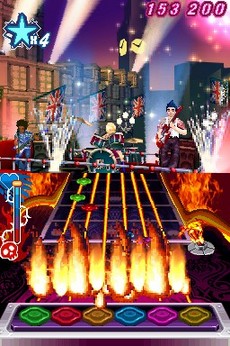