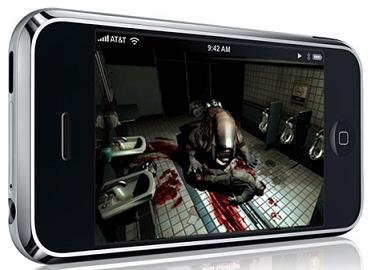 The iPod Touch is the future of gaming huh? I don’t know about that (I’m sure you don’t either) but according to Apple’s marketing top dog Greg Jozwiak it totally is. It goes without saying the iPod Touch/iPhone has an impressive and extensive line-up of games, but (and that’s a big but) it’s hardly a substitute for games consoles from the likes of big gaming contenders Nintendo or Sony. Or is it?

Mr Jozwiak laid into Nokia’s N-Gage, Sony’s PSP and the Nintendo DS by saying the iPod Touch/iPhone has a nicer touchscreen than Nintendo’s offering, which may very well be true, but since when did gamers prefer screen stroking to button bashing?

He added: “The PSP and DS represent the old school of gaming: big bulky devices with an old-fashioned distribution model. Selling cartridges is the old school way of doing business… Buying a cartridge for your DS is going to cost £25 but it’s a much more efficient model when we go electronic.” Clearly his comments are merely just a matter of opinion, but with around 1500 games on offer starting from £2.99, does he have a point?

Perhaps, but unless there are plans in the pipeline to bring out a button equipped iPod Touch/iPhone you can class Apple’s head of marketing’s comments as purely fighting talk.

One thought on “Could the iPod Touch/iPhone be the future of gaming?”