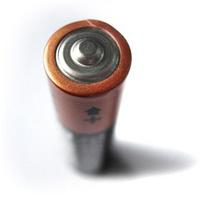 The day batteries are finally put to rest I will hold a street party. There’ll be cupcakes, cheap sparkling wine and mini sausages, and we shall dance into the night. And by the looks of it, it’ll be sponsored by Intel.

They’ve demoed the first stages of a wireless charging system. The idea is that you embed charging slabs into furniture, walls and the like, and then when your gadget comes into range of the charger, it automatically sups juice from it, wirelessly.

At an Intel Developer Forum, the spokesperson demonstrated a lightbulb glowing within three feet of the power source. 25% of the energy got lost between the two points, but researchers at MIT have managed at 90% efficiency rate.

It’s obviously many years away from getting the invites printed for the street party, but it’s nice to know we can pencil it in.