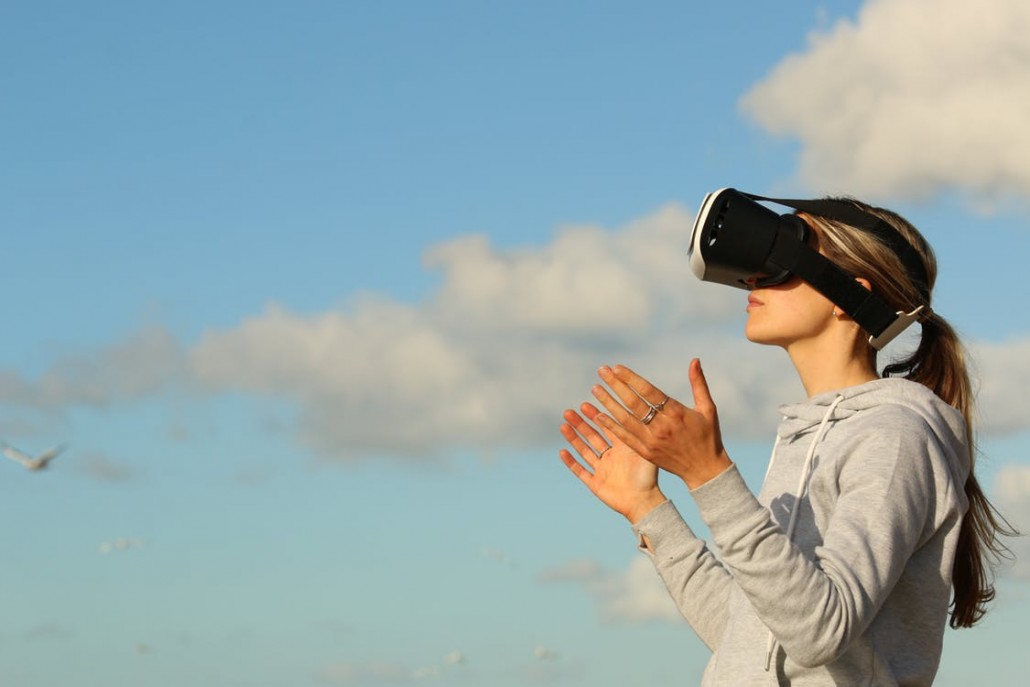 Virtual Reality or VR is a fascinating new way to see new, created realities. All it takes is a headset and motion tracking, and VR will send you anywhere, while your physical body stays at the same place.

With the headset and its implemented sensors, VR lets you look around a virtual space as if you were there. This technology is seen as an opportunity for many of the industries.

With the rise of its popularity, the number of users is evolving too. And not just that, the market for VR headset producers is also becoming more intense. Each tech company – Xiaomi, PlayStation, HTC – tries to produce the best headset with the most accurate tracking sensors in order to provide the best user experience for the customers.

VR as we know it has been around since 2010. But which sectors is it used in? In this article, we will analyse its potential seen by the different industries.

Maybe this one is the most well known. VR gaming is the term used to describe a specific type of computer game which can be played with virtual reality (VR) technology. This gives the players a realistic, first-person perspective of the game and its environment. For this, several devices are required such as VR headsets, sensor-equipped gloves, hand controllers, and more. It’s not built for just your eyes and ears either, they are starting to include other senses like touch. And who knows what will happen next?

In this industry, there are individual virtual reality games and multiplayer as well. These are played online, and you can interact with other users as well. Some of the games were made only for VR, but there are some which were remade for VR. The most popular VR games are Beat Saber, Half-Life: Alyx, Superhot, No Man’s Sky.

Healthcare is under constant development. And VR isn’t just used for the patients, but for training of staff including doctors. For example, it will help new surgeons to be more independent when they have to face real problems face to face alone. So these realistic simulations of operating room environments will help them learn to make the right decisions without real-world stress.

At the University of Connecticut School of Medicine, orthopaedics trainees are using VR headsets equipped with PrecisionOS medical software, as the process of their learning. Residents can now practise safe procedures, in high fidelity, at a lower cost, which makes the learning process up to six times faster than before and more accurate.

You might think that technology such as VR can only make us lazier. But in fact, there is a company called Supernatural, which created the world’s first fitness membership using virtual reality. It’s already avaialable, and people who use it only share positive feedback. The members said that it helped them gain strength while having a good fitness experience. So with this initiative home exercises can be raised to a whole new level.

The casino industries create one of the most exciting realities. They forget the accessibility of online casino games with the feeling of a physical casino. They made a world where you can freely walk between the tables and choose what kind of games to play. You can choose between games like poker, blackjack, slots. This is nothing new; you can do that on online casinos as well. But here you can see the other players, and you can also configure them to appear like aliens, sharks, etc. Besides this, you can also talk with your voice to others. So you get the full feeling, and even more.

The main problem with online shopping is that we don’t know if a piece of clothing will fit us. Some online shops offer a free return. But that doesn’t help us if we’re in a hurry. With VR you can actually try on the clothes before you buy them. The technology has a body-scanning feature which would allow you to try it on.

One of the newest trends in real estate is using VR. This way you can look around properties from the comfort of your home. No estate agent will bother you with their boring speeches, and you spare a lot of time. Of course, this requires a high-quality camera from the estate agent, but the experience they can provide this way is amazing. When people choose to explore houses online, it’s easier to decide or to compare.