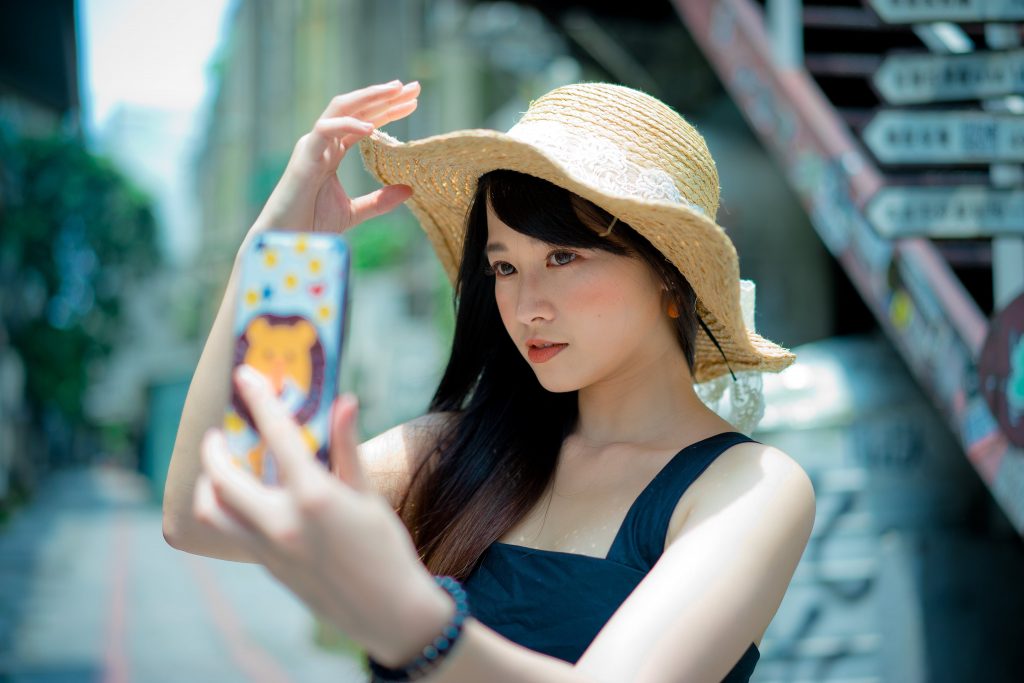 A quarter of women use a photo filter on selfies before posting on social media – because they cannot bear to reveal their scars and stretch marks.

The study of 2,000 females found this figure more than doubles for women aged 24 and under, as 51 per cent admit to rarely uploading an unaltered photo online.

Just 16 per cent of those with cellulite, scars or stretch marks have ever posted a photo of themselves on social media with these ‘so-called imperfections’ visible.

Instead, women use digital distortion apps and filters to erase these blemishes before sharing the picture online.

Worryingly, 50 per cent of respondents said they received more ‘likes’ and positive comments on pictures where they filtered out their ‘flaws’, compared with unedited images.

The research was commissioned by Dove, which is partnering with body confidence advocates to encourage women to celebrate the unique story their skin tells.

A number of stars will forgo the filter and share images featuring their scars, stretch marks and other so-called ‘imperfections’.

TV personality and mum-of-three Stacey Solomon, who often shares images of her stretch marks on social media, is working with the skincare brand.

She said: “No matter how hard society or social media tries to tell us that we are not enough, women’s bodies are incredible and should be celebrated.

“I love my stretch marks, every inch of my body is part of my story, as a woman and as a mother, I wouldn’t change an inch.

“This is why I’m championing Dove’s campaign to share and celebrate my skin, stretch-marked and dimpled, to encourage other women to embrace the stories their own skin tells.

Almost a quarter felt their skin would be ‘more beautiful’ without the perceived imperfections such as cellulite, scars, and stretch-marks.

And 84 per cent of women believed social media sets unrealistic expectations of what skin should look like, according to the OnePoll survey.

As a result, 65 per cent want to see more people posting unedited and unfiltered images of themselves, with 73 per cent believing it would help them feel less pressure to have ‘perfect skin’.

When it comes to looking after their skin, it also emerged 39 per cent of women prefer to use personal care products that are formulated specifically for their needs.

However, almost three quarters (73 per cent) believe personalised skincare products are too expensive.

Says Nikki Comiskey from Dove, which has launched a new range of moisturising body washes to suit unique skin needs:

“Our skin tells a story – whether that’s a childhood memory, a thirty-year friendship marked by a tattoo, motherhood, or a story of survival.”