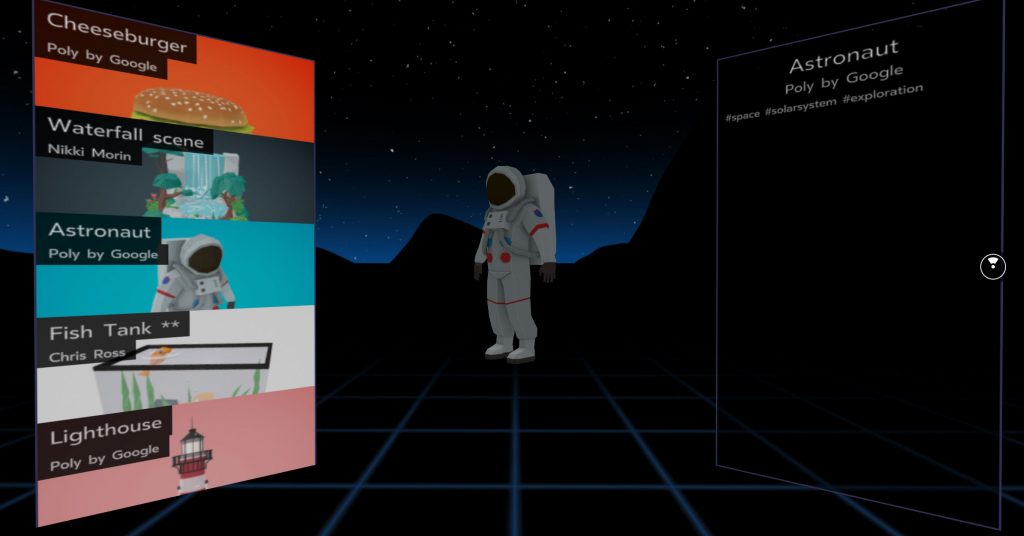 Virtual reality has been expanding rapidly ever since it has come to the web. VR applications  are not only limited to games that you can play by wearing a VR headset. Education, healthcare, real estate, and other industries use VR technology as well.

In 2020, learning what virtual reality is and how you can apply it to your business is crucial to stay on top of your game. In this article, we’ll take a broad look at what WebVR is, how people use it, and what entry points exist for you to get started immediately.

What is Virtual Reality?

Virtual reality refers to experiences that are completely simulated and look like real ones. It uses specialized technologies, primarily headsets, to run applications and construct immersive environments. Virtual reality places users inside the simulated world rather than simply providing them with the ability to interact with the application via a 2D user interface. The user can touch and sense various objects in the artificial world.

Virtual reality is primarily used in game development and employee training. In entertainment, VR offers unique experiences that take gaming to the next level. When VR is used for training and education, it can help reduce the costs of training and provide the required simulated environments that may be inaccessible for training in the real world.

Why is WebVR the Future of Virtual Reality?

The main problem with VR is the limited accessibility that traditional development approaches dictate. Native virtual reality applications are built specifically for certain headsets and are only available at specialized app stores. This limits the reach and the app’s potential to grow significantly. Besides, the technologies to build classical VR apps are often difficult to master and less flexible than their counterparts from the WebVR toolkit.

WebVR flips the equation and brings applications to the hardware, allowing easier sharing and usage. This technology enables developers to build highly scalable and cross-platform virtual reality experiences that are available to everyone and everywhere. Besides, WebVR makes it possible to create new uses for VR, particularly in business and in education.

Where Can You Start Learning WebVR?

The best kind of learning is the one that leaves you with a small project at the end of it. You can start this hands-on learning by picking one of the most popular frameworks to build web-based VR applications. Among the numerous available options, A-frame, React 360, and Three.js are  three core technologies used to create top-notch VR apps with highly immersive VR experiences. (To learn more about these frameworks, read the article here: https://litslink.com/blog/web-vr-technologies-react-360-vs-a-frame-and-threejs).

A-frame is a framework that enables developers to build a wide range of WebVR applications. It uses HTML and grants developers access to the functionality of JavaScript, Three.js, and WebGL. A-frame is powerful enough to develop large projects with many 3D objects, scenes, and animations. Also, this framework is relatively easy to pick up.

Since A-frame is mostly HTML and JavaScript, no installation is required to start experimenting with creating VR applications and basic games. Glitch and other web-based code editors allow programmers to write the code and deploy the application for testing immediately. Besides, A-frame is backed by an active community and numerous tutorials, which makes it easy-to-learn for beginners.

React 360 is a WebVR framework that allows developers to build stunning user interfaces. The main focus of the technology is on interactivity. React 360 is most widely used to create virtual tours, 360-degree photo and video previews of products, provide customers with interactive online shopping experiences, and share engaging VR educational content.

React 360 is based on the React.js library, which makes it incredibly easy to learn for developers who have some hands-on experience with React. Sometimes beginners might find it harder to master. This way, React 360 is a good entry point for those who don’t require significant complexity in applications and strive to enhance their businesses with VR UIs.

Three.js is a rendering library that powers both A-frame and React 360. It’s incredibly powerful at creating 3D objects and interactive animations. Three.js is a low-level library, and the learning curve is definitely steeper than with the other frameworks. This option is suitable for those who want to focus on graphic rendering and want to learn the basics.

WebVR and How to Get Started: Recap

WebVR is a technology that enables developers to create highly interactive VR content and experiences accessible through a web browser. Another useful framework is A-frame, which is helpful for testing the project at lightning speed by using various online code editors. And lastly, React 360 will be a better entry point if you wish to learn to create interactive user interfaces, 360-degree photos, and video content.