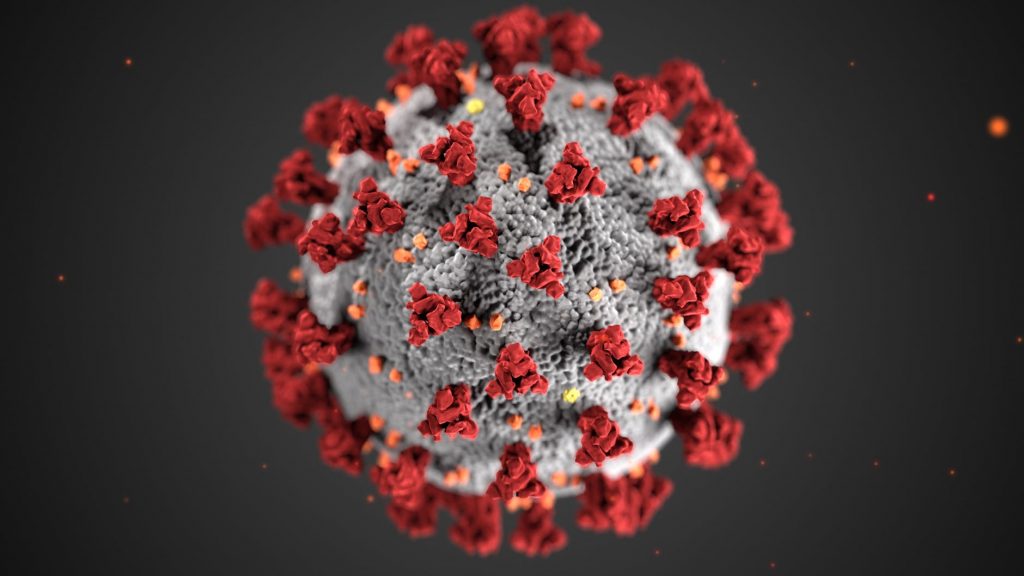 Could technology help us find a way out of the current Coronavirus pandemic – the so-called exit strategy? It is possible. Chris Price looks at several projects that are hoping to fight the spread of the virus…

‘Contact tracing’ is expected to be a key part of the government’s exit strategy. Following the success of Singapore’s own app, Trace Together, the health service’s own innovation lab NHSX is developing a new app would keep a tab of users’ encounters with their contacts through Bluetooth. It would then automatically inform those people if the user is infected with the Coronavirus. Clever eh?

However, according to Wired magazine, the NHS is planning to expand the remit of the app to include keeping tabs on users’ movements and notifying them if they spend more than an hour outside of their house. It could also warn them if they are coming too close to other groups of people who have downloaded the app.

Yet another possibility is the app could serve as an ‘immunity passport’ – a document that shows if someone has had the virus and recovered from it. Eventually once the antibody tests are available this could also be included to show who has had the virus, but may have been asymptomatic – in other words not shown any symptoms. While some of these features remain hypothetical, we wouldn’t be surprised if they are included in the final version of the app if privacy concerns can be addressed by government.

Launched three years ago, DreamLab is a joint venture between Vodafone and Imperial College that uses a phone’s processing power to help scientific research that requires ‘big data’. Users simply activate the DreamLab App every night while they sleep and charge their phones. The app then harnesses the phone’s processing power to create a virtual supercomputer, capable of carrying out millions of calculations. Researchers claim that 100,000 smartphones working for six hours per night will take three months to perform the same calculations as a standard computer working for 300 years.

Vodafone claims the app, which has had more than 110,000 downloads so far, has already been used to number crunch data for cancer research projects and is now being used in the fight against Covid-19. Dr Kirill Veselkov, a researcher at Imperial recently told The Telegraph newspaper: “We urgently need new treatments to tackle Covid-19….However, we have to do difficult and complicated analyses using artificial intelligence and all of this takes a huge amount of computing power. DreamLab creates a supercomputer that enables us to this important work in a relatively short timeframe.” 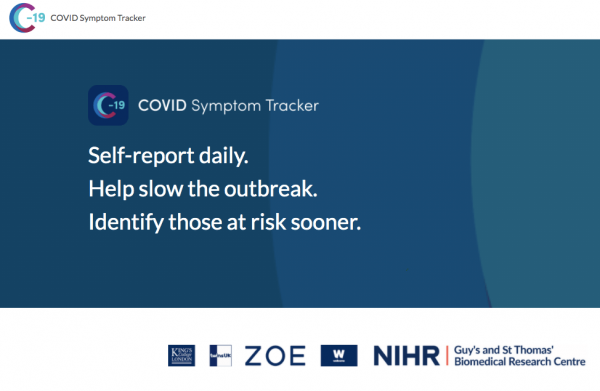 Launched just a couple of weeks ago, the Covid symptom traacker app is designed to track people who have symptoms of the virus but aren’t ill enough to have to go to hospital to be officially tested. It asks users to fill in data including age, sex and postcode as well as questions on existing medical conditions, such as heart disease, asthma and diabetes and whether they take drugs such as immunosuppressants and ibuprofen or use wheelchairs.

The app then asks participants to take one minute a day to report on whether they feel healthy and, if not, to answer questions on a wide range of symptoms, from coughs and fever to fatigue, diarrhoea and confusion. The brainchild of Dr Tim Spector, Professor of Epidemiology, King’s College London, the app is proving extremely valuable in mapping the likely spread of the disease across the UK. You can download the app here: //covid.joinzoe.com/

Last week Google published reams of anonymised user location data which showed that visits to shops, museums and cafes in the UK have fallen by 85% since the coronavirus outbreak. The data also revealed trips to outdoor spaces such as parks and beaches fell 52%, travel to transit stations fell 75% and journeys to workplaces dropped 55%. Now Google has teamed up with academics from the University of Southampton to plot links between restricted movement and rates of disease transmission.

Meanwhile in Tel Aviv, data science start up Duality Technologies is using a technique called homomorphic encryption which allows data to be analysed without even being decrypted. So, in theory, it would be possible for mobile phone companies to hand over data of customers who were in contact with someone who had tested positive for Coronavirus without having to compromise the personally identifiable information of other customers who weren’t.

Inevitably, with a quarter of GPs forced into isolation during the pandemic, virtual consultations with patients are proving increasingly important. For example, myGP software creator iPLATO – which has seen a 1451 percent spike in GPs conducting video consultations – recently joined forces with remote GP app to provide surge capacity for UK-based General Practices, enabling more patients to be seen via video across the UK.

The new collaboration will provide medical practices with a team of remote doctors, pharmacists and nurses who are all able to conduct video or remote consultations via the myGP platform. The partnership will also enable the 9,000 GPs who are currently on sick leave to log-in when they feel well enough and help patients while continuing to follow self-isolation requirements.

“With the rapidly increasing need for online and remote consultations within primary care it seemed obvious to partner with GPDQ, which is leading the way in using digital technology to help patient demand meet GP supply.

“We know that many practices are operating beyond capacity due to illness and GPs and the primary care workforce heading into isolation. By offering additional shared resource to a group of practices we can help to relieve pressure and patients can continue to receive the vital care that they need from the safety of their homes.”