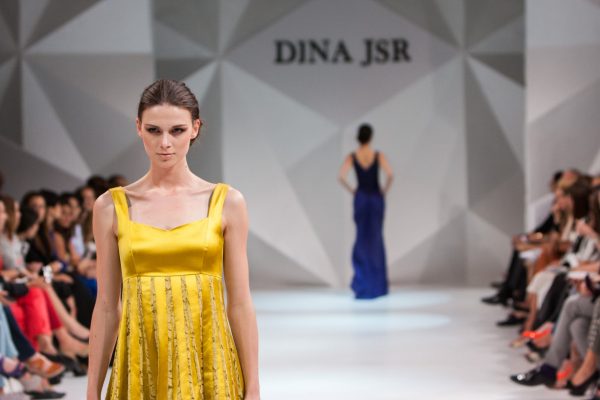 The fashion industry is developing at a rapid pace. Trends are changing and are nothing like they used to be decades ago. However, some older fashion pieces and trends are being re-invented to fit into the modern style of millennials and Generation Z-ers.

The way we dress influences our everyday lives and those around us. In the modern world, every moment has an outfit suitable specifically for it. However, others believe that contemporary fashion is all about the freedom to wear whatever you want to. Yes, fashion nowadays is a very abstract notion and some of the leading houses in the industry are bolstering this statement.

The industry, as we know it today, started in the late 19th and the early 20th centuries when fashion houses like Chanel and Louis Vuitton were founded. They immediately found immense success and global celebrities of the era soon started wearing exclusively made clothing pieces by some of the most influential designers back in the day.

Trends were always set by well-known people who would try something new and make millions around the world do the same. Western culture significantly influenced the global fashion industry throughout the 20th century as celebrities from France, Italy, the United Kingdom and good old Hollywood would send messages to global audiences encrypted in their clothing.

The mid 20th century is when fashion trends really became visible as length swing dresses with petticoats, swing coats, and pencil skirts were worn by almost everyone in the west. Soon, mid-income families also started keeping up with fashion and design trends as the culture emerged in the United States, Europe, and Australia.

Later, the 1980s and the 1990s were the eras of disco parties, techno music, and contemporary arts. All of these had a further impact on how people choose their outfits. This was the era when fashion weeks became increasingly popular around the world.

Not everyone realizes but fashion shows are fairly new. Some of the most influential fashion weeks, such as those in Paris, London, and Milan were founded just a few decades ago, in the 1970s and the 1980s. This was due to the fact that earlier in the 20th century, despite the immense growth of the fashion industry, openly held shows were still seen as unacceptable by parts of deeply religious and conservative European societies.

However, from their inauguration, fashion shows became the main event in the industry. Today, these seasonal events create the weather for millions across the globe. The success of every show or an exhibition determines the future of an entire brand.

The fashion industry has gone quite mad recently with the introduction of contemporary brands such as Vetements and the reinvention of traditional houses like Balenciaga. The latter has managed to implement some of the most regular aspects of our daily lives into high-end fashion. From Eastern European cultural features to the US corporations, Balenciaga offers it all for a high price.

The French fashion house is not the only one using brandings of companies like DHL for their newest collections. Thousands of fashion brands around the world are doing the same, following the footsteps of Balenciaga. The vast majority of them are now small, local ones in different parts of the world.

As a result, businesses big and small are now trying to design their logos in accordance with the newest fashion trends. With this approach, they potentially attract millions of customers from around the world or even locally.

Besides the chances of being featured by a fashion house, customers are generally starting to focus on logos and their appearances. Everything needs to go well with the outfit – including logos. Car manufacturers, gadget developers, and cafes are all influenced by this trend.

Even some of the least expected industries, like gambling, are hit by the storm of fashion trends. Logos of iconic casinos in gambling meccas such as Las Vegas and Monaco have long been an inspiration for fashion brands. Now, with the rise of digital gambling platforms, casinos are taking it to new heights.

Online casinos are trying to replicate physical ones without major changes in design. Services providers for live casinos make logos to suit clothing their presenters have. On the other hand, digital casinos are using some iconic designs in classic online slots, a variety of cards and roulette games. This logo design combination with presenter’s outfits, as well as traditional casino-related designs in games without live presenters is making an important impact on players.

Technological brands are not an exception from the trend either. They design their logos to fit all clothing pieces, looking more appealing together with them. In general, such brands are choosing minimalistic designs that can work with many types of clothing. Millions of people pose with their brand-new phones or laptops daily which represents a major opportunity for companies to promote their products for almost no price, only through smartly designed logos.

All in all, fashion and logos are more intertwined than ever before. Choosing relevant and up-to-date outfits play a gigantic role in our success, happiness and even quality of life. In today’s highly digitalized world, clothing is something that can be inspired by the online culture, iconic brands or many other rather specific influences. Thus, to stay relevant, designing logos that go well together with clothing should be of utmost importance for any brand.