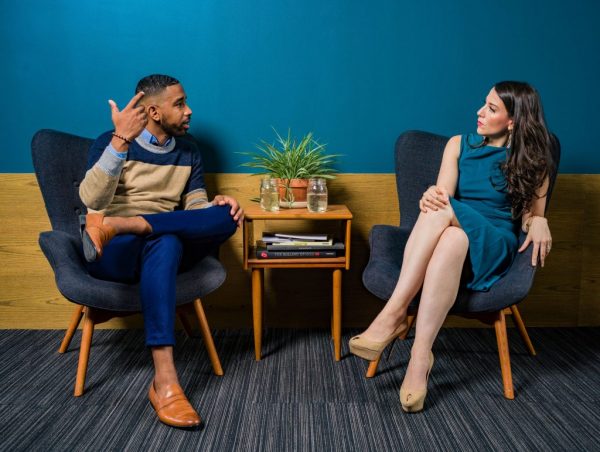 Rants about online dating, Brexit and diets are also likely to make people zone out.And while local and national news or the weather is most interesting to the over 55s, gossip, music and climate change top the list for under 25s.The research, which was commissioned by high street hearing specialist Hidden Hearing to support the National Campaign for Better Hearing, also found the majority of Brits consider themselves to be ‘active’ listeners rather than ‘passive’ listeners.

Active listeners pay full attention to the conversation by listening and responding but more than half of those surveyed admitted they often interrupt or fill in sentences when someone else is speaking. And under 25s are nearly twice as likely to switch off within three minutes of conversation than over 55s.

GP and health broadcaster Dr Hilary Jones said: “When we’re talking to others we can often tell when someone isn’t really listening.

“As friends and family, it’s vital for us to determine if this is because the listener is disinterested or unable to hear us.

“We know that hearing loss can be linked to loneliness and isolation so making sure people are able to engage with us is important to keep our brains sharp and feel connected.”

“Not enough people are aware of the common signs of hearing loss and what to do next, such as taking a hearing test and using hearing aids which can help people actively listen, be connected, and tune into conversations.”

The study revealed the most common occasions where people switch off including family gatherings, work meetings and watching the TV. But under 25s are nearly twice as likely to switch off in any situation than those over 55.

While seven in 10 agreed it’s important to interject into someone’s story with questions, to show they’re listening properly, 63 per cent nod their heads at random intervals to highlight their interest.

And a third respond with judicious ‘hmm’s’ when they feel the opportunity calls for it.

The research, conducted in the lead up to World Hearing Day on March 3rd, also revealed that during a typical conversation, Brits need to ask someone to repeat something twice – because they don’t listen properly or can’t hear the speaker.

The most common reasons over 55s don’t listen include believing people are mumbling rather than speaking properly (64 per cent), background noise (51 per cent) and people talking too quietly (41 per cent), all of which are signs of hearing loss.

However, over 55s are also less likely to let modern technology distract them, with only one in 10  distracted by their mobile phone, compared to one third of under 25s.

The study also found more than 40 per cent of adults over 50 suffer some degree of hearing loss, with a fifth believing it’s just an ‘inevitable part of getting older.’ .

But although nearly half of adults, polled via OnePoll, said having hearing loss would make them feel frustrated, just 30 per cent would go to a hearing specialist if they had any concerns.

For more information on hearing loss or to book a free hearing test near you, visit www.hiddenhearing.co.uk