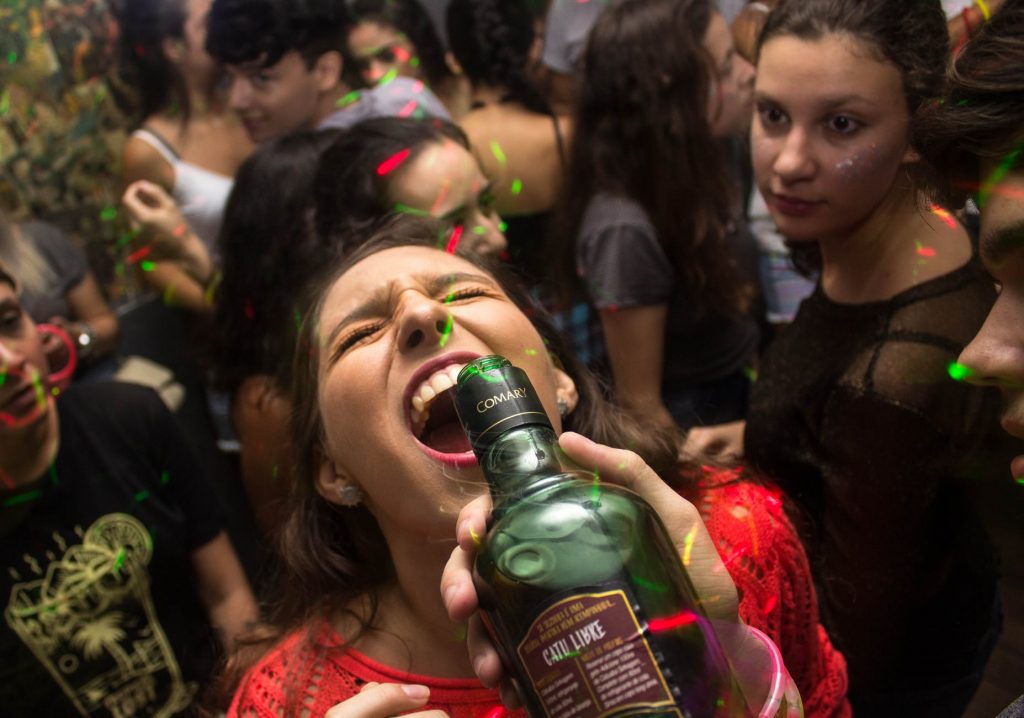 Millions of Brits cringe when looking back on an office Christmas party – with four in 10 confessing to a face-reddening embarrassing moment.

A study of 2,000 workers found one in 10 have been caught photocopying a body part, and a fifth have drunkenly revealed a secret they would rather have kept quiet.

Another 13 per cent have found themselves embroiled in an argument with a colleague.

And nearly 40 per cent are so worried about doing something embarrassing at this year’s party, they’re planning on remaining sober.

A spokesman for beauty vitamins brand Perfectil, which commissioned the study, said: “We can all relate – our results found millions of Brits are worried about going overboard at their party, but still can’t seem to behave.”

“Our advice with work Christmas parties is always to make the effort to look your best, but drink in moderation and try and convince others to do the same.

“It may be to save your embarrassment, but there is a serious side as well.

“Remember you are still in a work environment and these things could affect your job or the relationships with your colleagues.”

The study found more than half of those polled attempt to monitor how much they drink, to prevent any embarrassing mishaps.

But despite this, a quarter find themselves overdoing it anyway, leading to 49 per cent waking up the next morning with ‘the fear’ that they’d done something humiliating.

Other embarrassing office Christmas party moments suffered by hapless workers include walking around with toilet paper stuck to their shoe, which a tenth have suffered.

Another 14 per cent have engaged in a spot of ‘dirty dancing’ with a colleague, leading to disapproving stares.

And one in five have been having such a good time they’ve managed to lose balance, and fall forward onto the dancefloor face-first.

It also emerged six in 10 admit they’re much more likely to do something embarrassing at their festive work do than any other time of year.

But while 36 per cent would attempt to stop a colleague from doing something humiliating, a third admitted they would leave them to it.

Incredibly, four in 10 adults have done something so outrageous they’ve actually ended up leaving their job because of it.

Although half of these were actually sacked, 32 per cent got away with a warning from their management, according to the OnePoll research.

The study also found women spend 47 minutes getting ready for their work Christmas party on average, compared to men who spend just 34.

One in five have their whole look – including hair, makeup and outfit – already pre-planned days, or even weeks before the event.

1. Fell over
2. Said something inappropriate
3. Had a bad hair day
4. Told someone a secret you later regretted
5. Woke up on the day with a dreadful cold
6. Had a ‘wardrobe malfunction’
7. Woke up on the day with a massive spot
8. Was too honest with the boss
9. Got ‘caught’ with a colleague
10. Flirted with someone
11. Spilled a drink down your party dress/ outfit
12. Inappropriately danced with a colleague
13. Dipped your hair in gravy/ food/ drink
14. Tried to get a nice haircut just before, which went horribly wrong
15. Got in an argument with a colleague
16. Broke something by mistake like plates/glasses etc.
17. Re-applied make-up while tipsy and ended up looking a mess
18. Got hair caught in a piece of mistletoe
19. Did karaoke – terribly
20. Fell down the stairs
21. Fell asleep on the train or bus home and missed your stop
22. Got caught photocopying an inappropriate body part
23. Got toilet paper stuck to your shoe
24. Spilled a drink on your boss/ work colleague
25. Realised at the last minute the outfit you wanted to wear no longer fits
26. Splashed groin with water from too-powerful taps
27. Ruined your hair by getting so sweaty dancing
28. Spread office gossip and got caught out
29. Got locked in the toilet
30. Got stuck in a political debate with your boss/ colleague
31. Vomited on the table after drinking too much before eating
32. Got your underwear stuck in your skirt/dress
33. Made a cringeworthy speech
34. Turned up in the same outfit as someone else
35. Had food stuck in your teeth for ages
36. Smashed your phone
37. Got chewing gum in your hair
38. Forgotten to wear deodorant
39. Worn an outfit you didn’t realise you’d need help with going to the toilet
40. Realised far too late your fly had been undone for ages