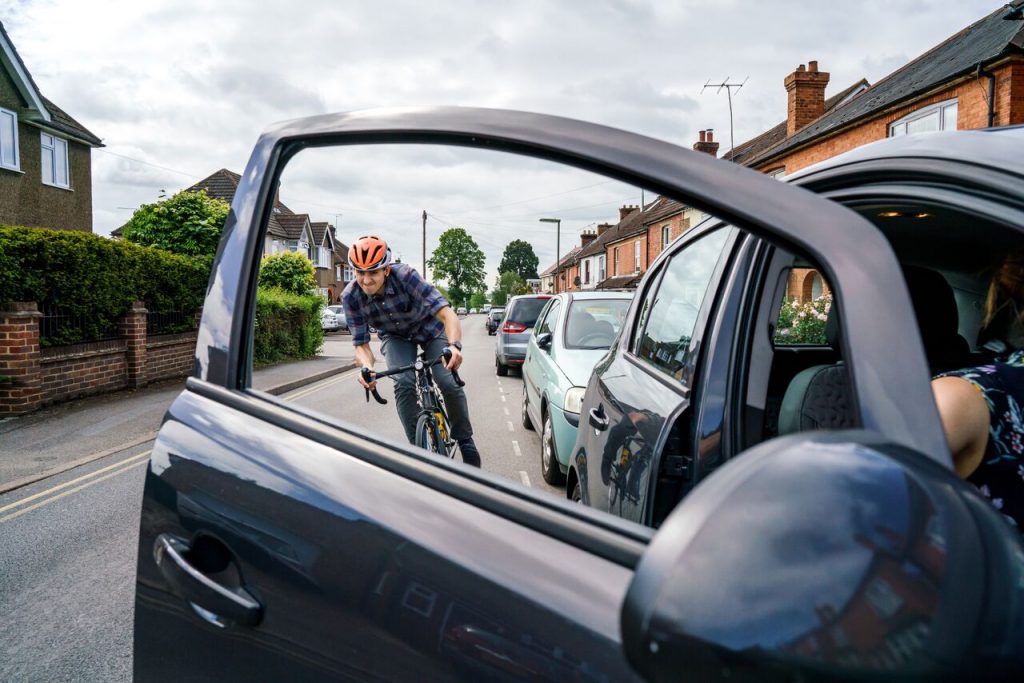 Uber has partnered with Cycling UK to raise awareness of the Dutch Reach – a simple technique that can help to save cyclists’ lives.

The Dutch Reach ensures that you always look over your shoulder to avoid opening doors into the path of cyclists. The idea of the manoeuvre is to open the door with your hand furthest from the door, forcing you to turn your body and check over your shoulder for cyclists and other road users.

The technique is taught and used in many other countries, but a recent poll showed that only 12% of the general UK population were aware of the Dutch Reach, with those surveyed admitting they thought it was a type of a Dutch beer (22%), a handshake (19%) or a yoga pose (15%).

Uber is also launching a new cycle alert feature in London to inform passengers to look over their shoulder for cyclists before opening their door. Using publicly available mapping data these alerts will be sent to all users in London when their upcoming drop-off is near a cycle lane or along a share cycle route.

This comes as polling shows that almost half (44%) of cyclists admit they don’t feel safe cycling on public roads, with badly marked or insufficient cycling lanes (51%), car-dooring (41%) and a lack of awareness from other road users (66%) among the top concerns.

“We know 60 cyclists are killed or seriously injured across Britain every year by car dooring incidents.  We also know from a survey that 40 percent of people say they are put off from cycling because of the fear of car dooring, so it’s of vital importance to educate anyone who uses a car to check before opening their door.

“The Dutch Reach is such a simple technique, that if everyone learned it from a young age, it could make a real difference to safety on our roads.”

“Using a simple Dutch Reach technique can save lives and we’re proud to be working with Cycling UK to make this a habit. Together, we can combine education and technology to increase road safety awareness amongst the millions of people who use the Uber app across the UK.”