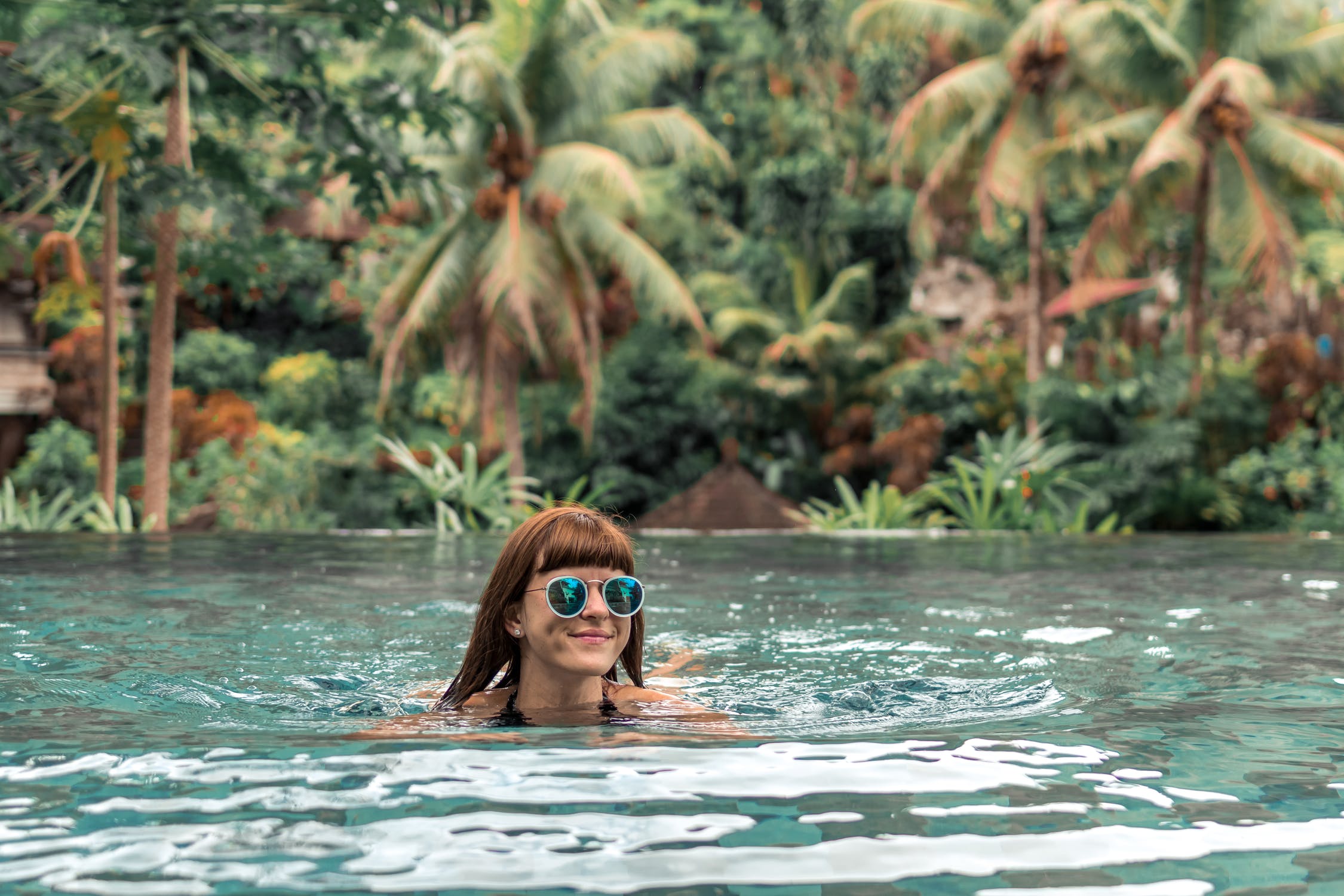 “When you enter the water, something, like a metamorphosis happens. Leaving behind the land, you go through the looking glass surface and enter a new world.”

Ok, so perhaps not at your municipal baths, but you get the idea. The above quote is taken from Roger Deakin’s seminal book Waterlog, more of which in a moment, and captures the way that when we take the plunge our world seem to go slightly awry. We become aware of the mechanistic way that our body functions you as we glide through the water, and our thoughts seem to wander and dwell on things that otherwise we might not have pondered. Well until someone crashes into us while swimming the other way down your lane that is…

There are many people who have described the swimming experience in a significantly more profound way than me and here’s a round up of some of these books and novels about swimming. From sneaking a dip in neighbours’ garden pools to bringing the community together to save the local lido, here are a selection to accompany you to the pool, pond or sea.

Want to read more? You can buy a the latest issue or sign up for a subscription here.

It’s hard to believe but there was a time when open water swimming hadn’t yet been reclaimed by by fitness freaks, hipsters and adventurers. Rather taking a dip in pond or river was perceived as being very mid 20th century – up there with doodlebugs, music hall and washing mangles, things modernity had no use for. The book that changed all that was Waterlog by Roger Deakin which was first published in 1999.

Deakin was an adventurer, a nature enthusiast and a bit of a history buff, and most important of all he loved a swim. Waterlog chronicles his journey which spans a couple of years of swimming from one end of the UK to the other. Along the way taking in lidos in London, rivers in East Anglia and exceedingly cold mountain tarns up in northern Britain.

Part travelogue, part diary and part social history, Waterlog is not an especially easy book to categorise. What it most definitely is though is a uplifting read that inspired so many people and in helped to bring about a revival in open water swimming in the UK. His sheer joy of immersing himself in wild places merging in with nature and seeing the country from a whole different perspective has chimed with many thousands of readers.

It’s a wonderful book that works on so many levels and has become something of a bible for open water swimmers.

And one of Deakin’s most devoted disciples is Joe Minihane, who a few years ago decided to follow in the watery wake of his hero and swim in many of the places that were described in Waterlog. As was first described in his blog, and subsequently in this book, along the way Minihane gets into a few scrapes and has to overcome issues with anxiety. But he emerges triumphant with a wonderful tale of how in emulating his hero he not understood more of the complexities of Deakin, but also learned a lot more about himself. Floating is also very handy if you want to find some interesting places to swim in as Minihane gives up to date descriptions of where Deakin swam.

And if you enjoyed Floating then Turning ought to be next on your list Jessica Lee left her native Canada for Berlin a few years ago and set out to swim the city’s many (it has over 100 apparently) lakes. From tentative dips in the spring through to breaking the ice in the dead of winter Lee writes evocatively about the ponds and their relationships with both nature and the citizens of the ever evolving city, telling some fascinating tales along the way. My favourite being the story of Groß Glienicke See where the dividing line between east and west Berlin was marked by buoys. In Berlin the past is never very far away.

Not really a swimming book per se, The Outrun details the story of Liptrop’s chaotic, hilarious but ultimately troubled stint in east London through to her rejuvenation in the Orkney Islands. Part of that journey was fuelled by wild winter swims and Liptrop’s passion for plunging into the icy, sometimes angry water off the nowhere British coast has inspired some beautiful prose.

The Springboard in the Pond – Thomas A. P. van Leeuwen

There are quite a few history books about the development of the swimming pool. This one, which dates from twenty years ago, and can be picked up relatively cheaply second hand is perhaps the place to start. It is teeming with beautiful images of pools from the opulence of Roman themed baths in Hearst Castle in California through to the art deco lidos of England. Well worth tracking down.

The Springboard in the Pond

Another book that’s a few year old, and maybe should merit a reprint, Liquid Assets is a description of how the outdoor pool of the twentieth century came into being, why they were often built in a distinctive maritime themed style and how many of them were shuttered and eventually closed in the 70s and 80s. The photography accompanying the book is beautiful too. If it is too pricey authors, Janet Wilkinson and Emma Pusill are crowdfunding another guide to Lidos on Unbound.

Caitlin Davies has written two seminal book about swimming history. The latest tells the story of swimming in the Thames, but I prefer this one which focuses in very specific geography – the home of London swimming, Hampstead. It chronicles how swimming on Hampstead Heath began in the nineteenth century and the battles the corporation, which runs the heath faced to keep the ponds open to swimmers, while the same time creating its signature art deco lido. It’s an intriguing story brilliantly told

A recent novel which explores the relationship between two women – wannabe journalist Kate and sprightly octogenarian Rosemary – who join forces to try and save their local South London lido. It is warm and uplifting and packs a real, emotional punch. A joyous read

Jenny Landreth has written two wonderful books about swimming, Her first, Swimming London, published a couple of years back, was an extension of her blog where she swam in just about every place in London where it is possible to swim, and a few where it isn’t. The blog became a hit because of Landreth’s warm, witty and highly personal prose. Swell, though, is perhaps the book she always wanted to author – a story of women and swimming and some of the obstacles they have had to overcome to even take a dip. It is also Landreth’s personal memoir – the tale of how she went from being a causal swimmer to someone who regularly take a dip in her beloved Tooting Lido in the middle of winter.

The Haunts of the Black Masseur – Charles Sprawson

From a literary perspective this might just be the best book about swimming ever written. Sprawson takes a leisurely dip through swimming history from the exploits of Byron and his fabled Hellespont swim, through to the career of Hollywood synchronised swimming star Esther Williams. Along the way he profiles the many writers, including Jack London and Edgar Allan Poe, who have incorporated swimming into their novels. It’s a wonderful read. The Backlisted team has a wonderful podcast on the book too.

The Haunts of the Black Masseur

The Crossing – Kathy Watson – The astonishing take of Harry Webb, the first person to swim the channel

Wild Swim – Kate Rew – The original guide to wild swimming in the UK. There are lots of books on this topic now

Want to read more? You can buy a the latest issue or sign up for a subscription here.