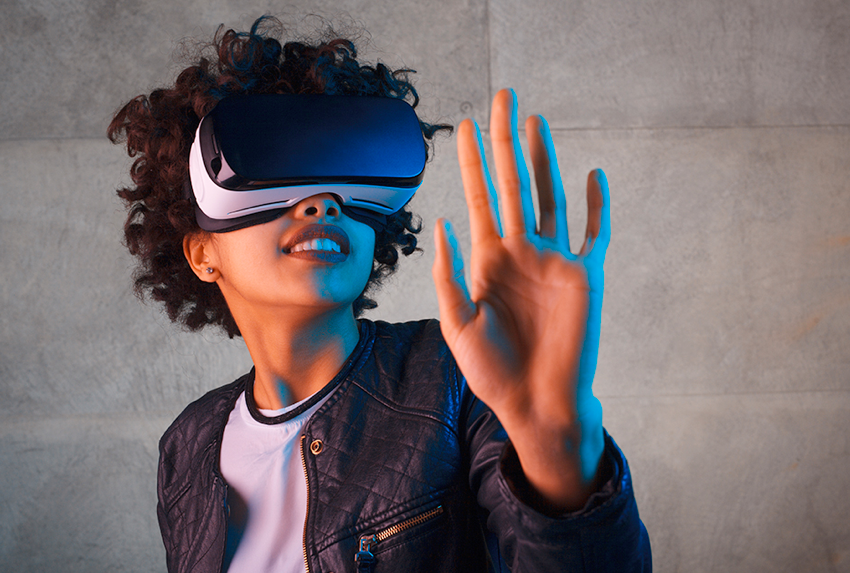 The immersion of games into the multimedia space did not happen overnight. The epic battle started way back in the 70’s and only became mainstream just around two years ago.

If you ask the members of community about the future of VR entertainment, you will probably end up with two opposite opinions. But even they think alike when it comes to the massive impact these games have at the moment. So, read this useful article and find out what makes the VR so popular.

From Imagination to Reality

One of the main advantages of the VR products is that you can literally become a child again. Remember when you could not imagine that you could even play something without the need for downloading it? And then Crown of Egypt slot and other casino models showed up?

The same is true with virtual games. Believe in unbelievable. The developers of these products can reconstruct famous battles, make you fly through space or fight alien creatures providing you fun 24/7.

You would think that all those internet gadgets cost a fortune. However, many of the devices available online are also affordable for an average user of internet.

Even some pieces of premium VR kit, like HTC Vive and Oculus Rift are coming down in price. What’s more, they will provide you with the possibility to move your hands or track your motions through space.

Today there are even smartphones that are VR adapted, like the gear that works with Samsung Galaxy S6. The good news is that new tech gadgets are emerging everyday and you can count on the fact that many companies will try to satisfy both the taste and the wallet of gamers.

More Than a Game

Many people compare filmmaking with this artificial world. The only difference is by playing virtual reality games you are the head of the show. Further proof this is more than simple entertainment are the number of people and artists who are dedicated to the creation of VR products. This is the space for creation, not only recreation. Some VRs are stunning pieces of art. Oculus has even made a short film which has won an Emmy award.

Other than great graphics and sound effects, VR content can include some very serious scenarios covering important subjects. Even schools love VR games with children moving around when playing. VR’s popularity is also linked with the fact that it can be used widely, in fitness, movies, or even in surgery.

While the effects of Virtual Reality are still unknown one thing that’s certain is that multimedia immersion is popular with both young and old people.

Nowadays everything is about the alienation caused by living online, and that, of course, involves internet games, including VR games.

Of course it is true that there are no real persons or physical world around you. On the other hand, with multiple players from all around the globe and the sense of real experience help to build a community.

The Cash is Real

Although the gear is not that expensive, the whole industry is bringing in tons of money. Yup, billions are involved. So, is it any wonder creators are trying so hard to produce VR content?

Facebook bought Oculus for billions of dollars four years ago and even Google entered into this world. Sony, Valve and other firms are all worth large amounts and have invested heavily in VR.

Is It Too Real?

Summing up, it can be said that using Virtual Reality has many advantages including a growing range of affordable products, the growth of virtual social networks and a 100 per cent sense of immersion. These main reasons explaining the popularity of these products among players.

Before diving in, remember you have to practise carefully at the beginning. Also bear in mind that VR can cause nausea. However, we are sure thee factors will not stop you enjoying this out of the world online gaming experience.