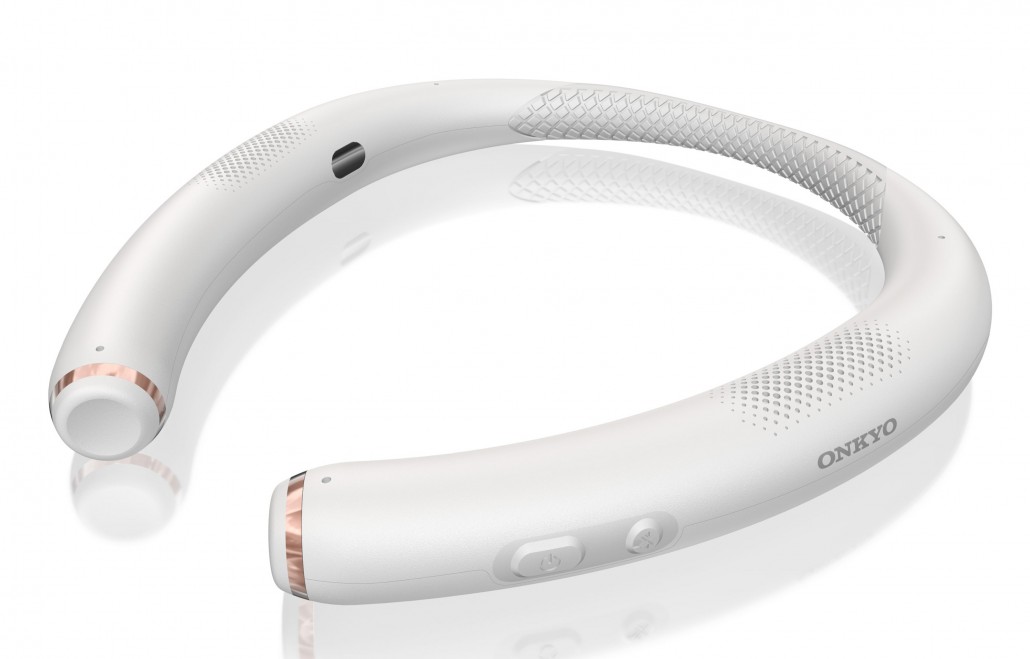 Although probably best known for its hi-fi gear, Japan’s Onkyo Corporation has announced a number of AI-based products and technologies at MWC (Mobile World Congress) 2018 in Barcelona, Spain.

Among them is the AI Smart Wearable “VC-NX01”prototype device, pictured above.

Designed to be worn around the neck, this wearable speaker integrates several leading technologies to create a truly hands-free device that, Onkyo claims, will make it ideal for accessing on-the-go ‘concierge’ services.

One of the key features of this device is that it automatically activates when placed around your neck, instantly compensating for ambient sounds (such as passing traffic) while fully supporting ‘Onkyo AI’ functionality.

Onkyo AI is a proprietary voice-enabled AI system, created from the development and integration of several currently available AI-related technologies.

Besides answering questions and playing music, which are obviously core abilities for conventional smart speakers, the Onkyo AI system can also be customised to consider the user’s geographical location and their preferred assistant’s voice.

The first fruits of that association come in the form of a new prototype smart speaker named “AI Smart Automotive”, specifically designed to be used in a car. This prototype supports Onkyo AI, and has a SIM card slot as well as a built-in battery so that it can be used anytime, anywhere.

Onkyo claims this device is designed to offer high performance – with excellent voice recognition and voice assistant clarity – in even the harshest of noise environments.