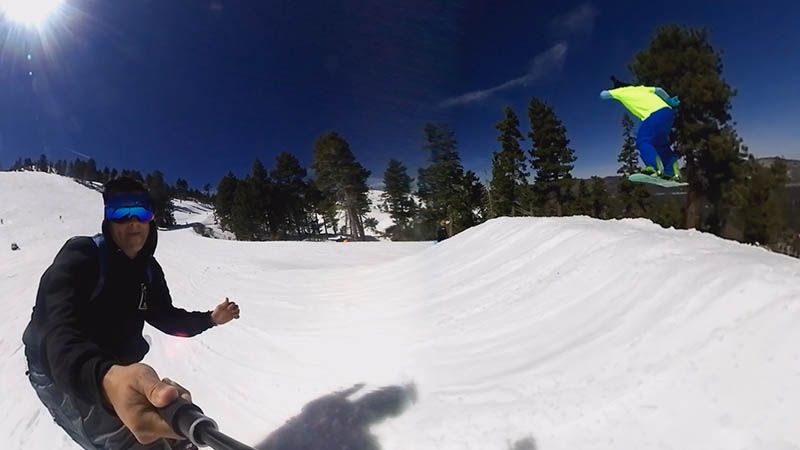 Get some stunning footage from this year’s skiing or snowboarding holiday. Chris Price gives a few top tips and picks out his favourite accessories for filming winter sports

Shooting sport at any time of the year can be tough, but particularly so during the winter months. Poor weather, limited daylight hours, extreme temperatures and the increased risk of injury all combine to present serious challenges for any budding photographer or videographer.

Even if you do have enough light, filming opportunities may be limited due to adverse weather conditions, such as a ‘white out’ where you can’t see more than a few metres in front of your face. Bright white snow can play havoc with your camera’s built in light meter too, exposing the background correctly but causing the subject you are filming to appear underexposed.

Before you start shooting it’s a good idea to use your camera’s manual controls to adjust the exposure between +1 stop and +3 stops. Also because there is an increased amount of UV light in winter weather conditions, images and video can have a slightly blue tinge so best put a UV filter on the lens to ensure they are a little more neutral in tone. (See review of K&F Concept Filters here).

Nor is it just the light, or the lack of it, that can affect filming winter sports. Weather plays a big part too. Batteries in particular can die much more quickly in cold weather. A good idea is to put them inside a hand-warmer or, failing that, a warm inside jacket pocket and make sure you take plenty with you.

Camera gear should also be placed inside large, sealable plastic bags on winter shoots to prevent moisture forming inside your camera’s lenses when you move from a cold environment back into the warmth.

It’s also important to consider exactly what equipment you will need. For example, if shooting someone else from a distance then a decent telephoto lens such as the Canon EF-S 55-250mm lens featured below is important (make sure to put the camera in TV, or shutter priority, mode and set it to 1/1000th of a second if you are filming stills).

It’s also a good idea, if possible, to use a second angle, perhaps a wide angle (11-16mm) lens right next to or even below the sportsperson in order to make the footage a little more exciting to view.

Filming with an actioncam? Then  you need to consider how it can be mounted securely, perhaps on top of a helmet, across your chest or on your shoulder. There’s nothing worse than going out for a whole day’s filming only to find that half the footage is unusable or, worse still, you’ve damaged the gear because it hasn’t been strapped on properly!

Here we look at five accessories that will help to improve your video footage. For more information on how to film winter sports see the Tech Radar feature here. 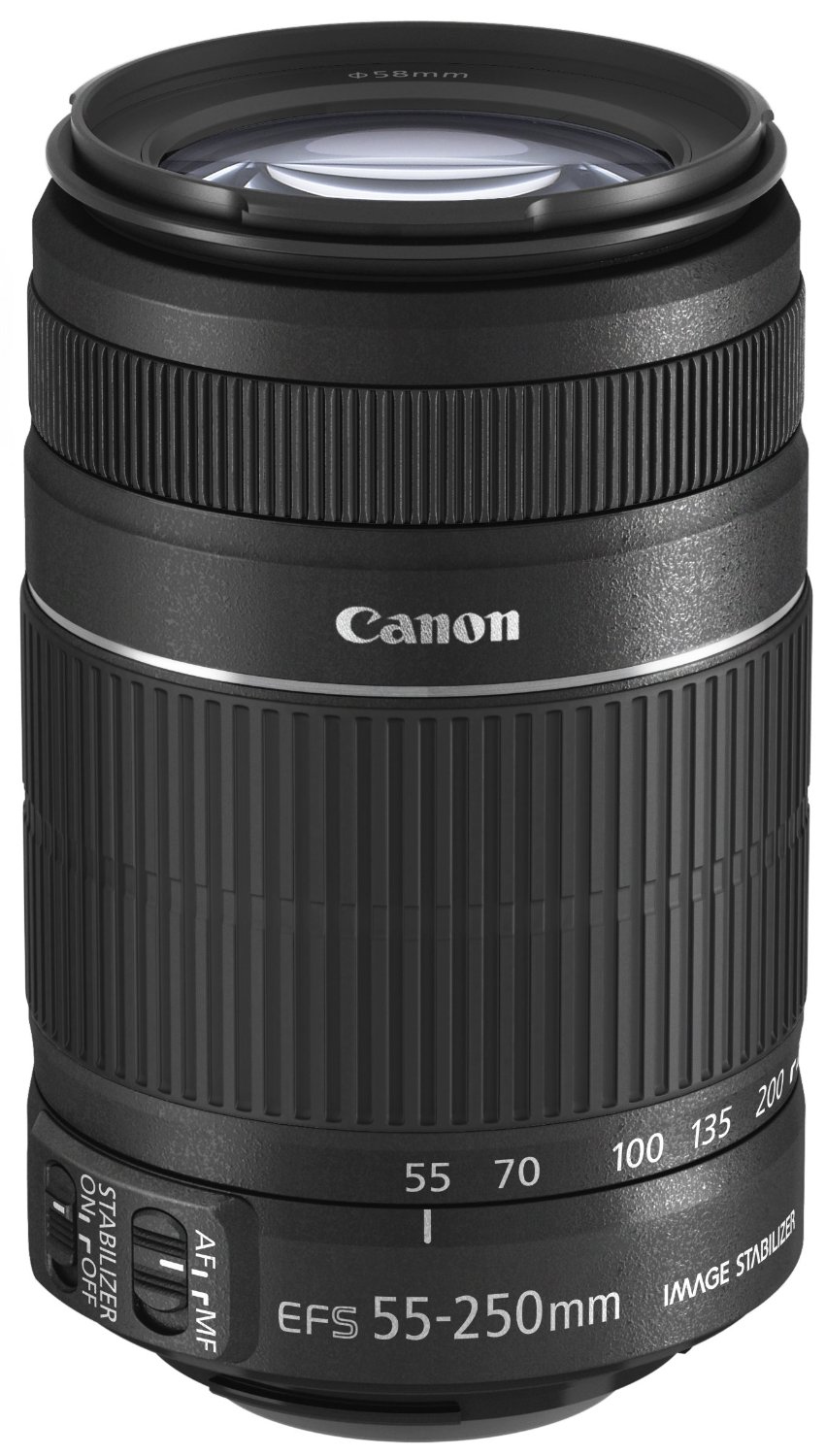 Get close to the action with this telephoto lens

You can spend thousands on a high end super telephoto lens, but unless you are regularly videoing sport or wildlife it’s probably not worth the investment. Far better is to get a versatile DSLR telephoto lens such as the Canon EF-S 55-250mm. A compact telephoto lens that takes you closer to the action, it incorporates an Image Stabilizer to prevent blurring due to camera movement while STM technology guarantees quieter focusing when shooting movies. 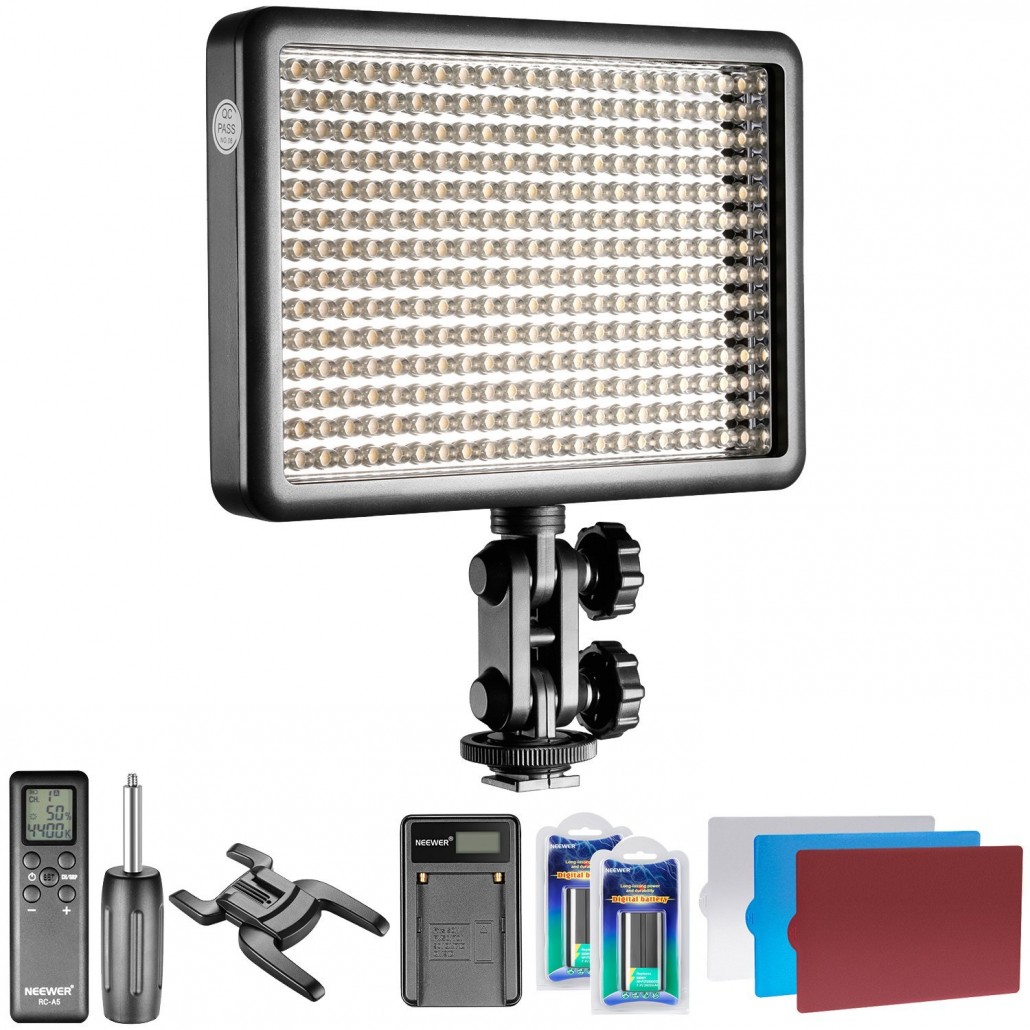 When shooting in winter there may be times when you need more light to brighten up your video. What’s good about the Neewer 308 is that it manages to pack 308 LED lights into quite a compact design, making it super bright. However, it is also possible to dim the light using the wireless remote control provided. Either the video light can be mounted on top of a DSLR camera or alternatively mounted onto a light pole or tripod using adaptor provided. 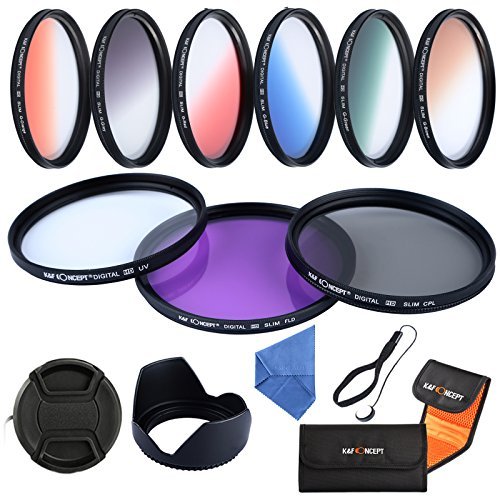 Looking for a decent set of camera filters without breaking the bank? Intended for Canon and Nikon DSLR cameras, this 58mm set from K&F is a great option. Included are nine different types of filter, including a UV filter to reduce a blue tint when shooting in the snow and to protect the lens from scratches. Others include a polarising filter for shooting through glass or water and six filters for more artistic uses. These work by applying a graduated colour (orange, blue, grey, red, green, brown) across a scene. K&F Concept even include a spare lens cap, cleaning cloth and lens hood. 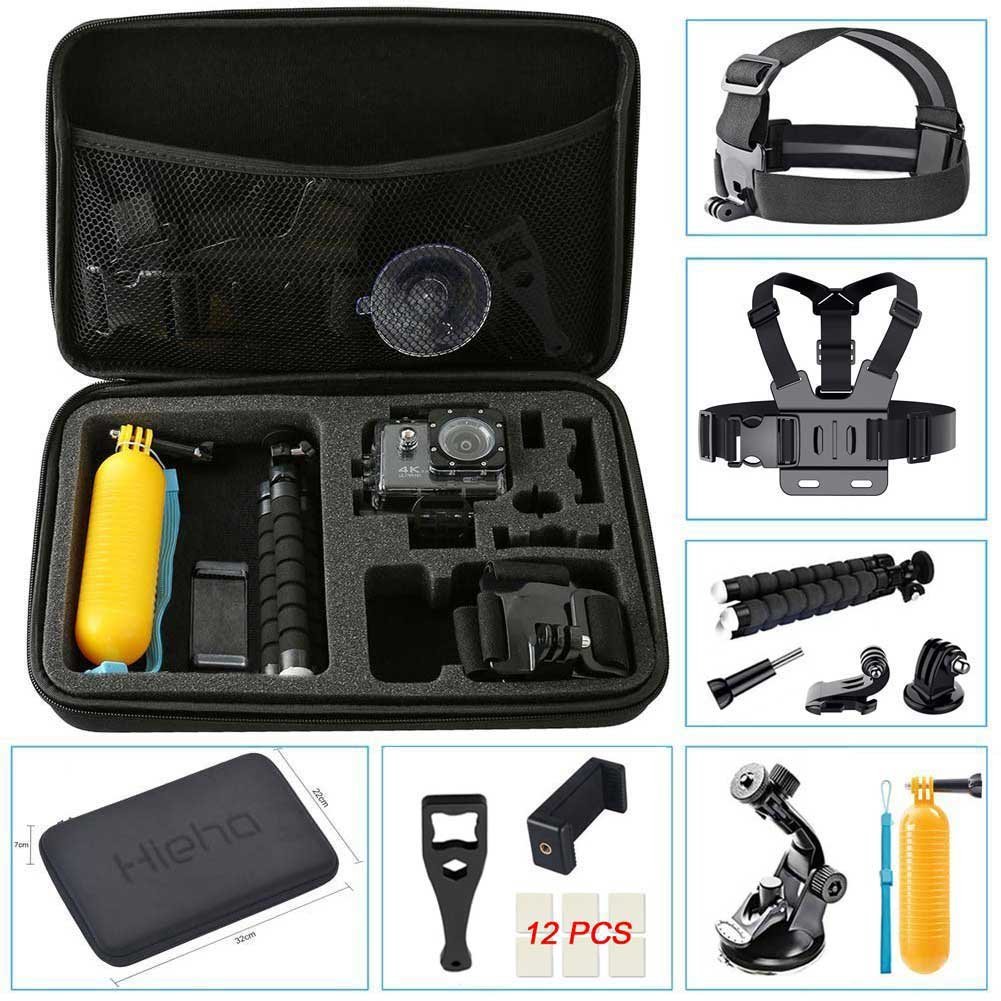 For ensuring you have the right actioncam mount

Getting the right mount to shoot winter sports effectively is crucially important. This handy kit should provide more than enough options to cater for every eventuality. Included in the sturdy case are an Octopus tripod, selfie stick, chest strap, headband and a couple of adaptors. There’s even a yellow coloured floating grip to keep the camera flat on water, complete with attachment for safely securing it to either wrist. A suction cup mount is provided for attaching your GoPro to glass (ie. car window) while 12 anti-fog inserts should prevent the camera from getting fogged up during filming. 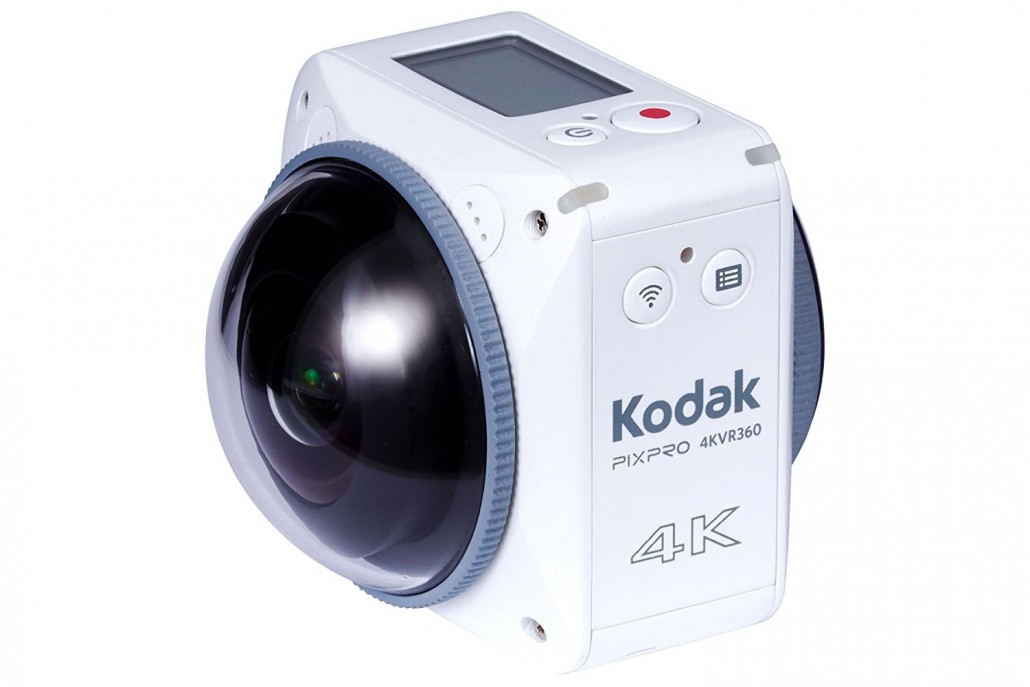 For capturing footage in 360 VR

Kodak’s new VR camera, the 4KVR360 (also known as the ORBIT360 in the US) features two fixed focus lenses, one on either side. Each curved lens is designed to work in tandem to capture a full 360 degree 8 million plus pixel resolution video or image. On board are 20 megapixel CMOS sensors complete with three multi-view angles for more choice. Using the complementary PixPro Desktop Editing and Stitching software you can trim and edit photo and video shoots. Wireless is also an option as the 4KVR360 feature WiFi Bluetooth and NFC connection capabilities for connecting to a smartphone via the remote view app (iOS and Android). This means users can see exactly what they are recording as the Kodak doesn’t have a built in LCD screen.