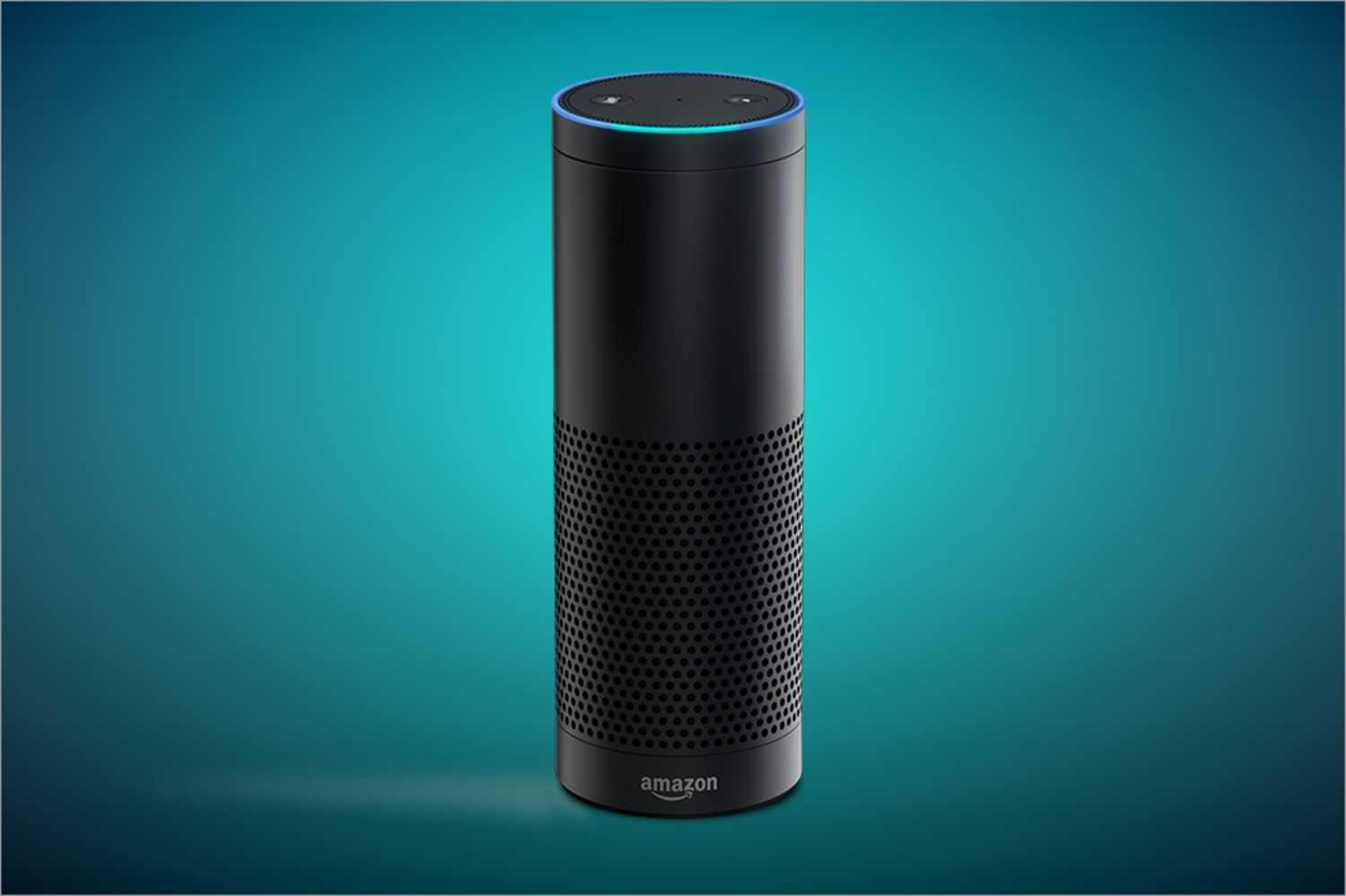 Chris Price looks at some of the best accessories you can buy for the latest voice controlled speaker and multimedia device, the Amazon Echo.

A hands-free speaker you can control with your voice, the Amazon Echo is fast becoming 2017’s must have gadget. The idea is that rather than having to press buttons to control your music, you simply speak to Amazon’s Alexa voice service instead. Just say the wake word ‘Alexa’ and Echo responds.

Nor is playing music, the only thing this clever £149 black or white metal tube can do. You can also use it to provide information such as news, sports scores, weather and much more. Prime members can also ask Alexa to order eligible products they’ve ordered before and check on deliveries.

Alexa, the brain behind Amazon Echo, updates through the cloud automatically and is continually learning, adding new functionality and skills using AI (Artificial Intelligence). The more you use Echo, the more it adapts to your speech patterns, vocabulary and personal preferences.

On board are seven microphones and beam-forming technology so it can hear you from across the room, even in noisy environments. If you have more than one Echo or Echo Dot, Alexa responds intelligently from the device you’re closest to with ESP (Echo Spatial Perception).

You can also now buy accessories to enhance your enjoyment of the Echo device even further, including a remote control, a range of covers, speaker stands, as well as home security and monitoring products that can be paired with the device for added voice control. 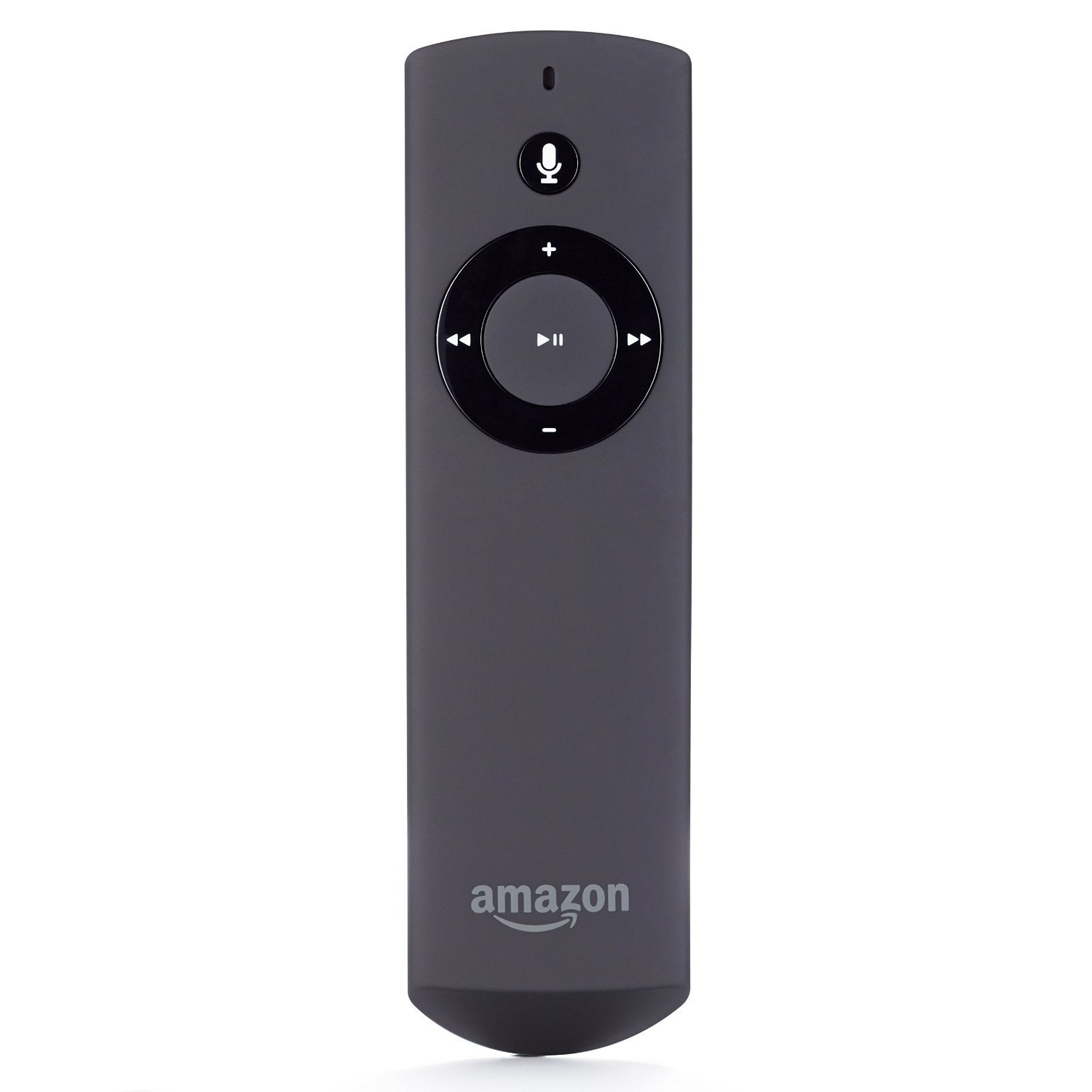 1. Alexa Voice Remote for Amazon Echo and Echo Dot
From £19.99
Although the voice activated Amazon Echo works well, there are  times when having a remote control is useful. For example when you are listening to music, getting the volume just right using voice commands can get annoying. The remote is quick, easy, and allows greater fine-tuning. Also the Echo sometimes has difficulty hearing above the noise of a kitchen fan or the music it is playing. Because the remote features an integrated microphone it can also be used to control the Echo from another room – handy for those with multi-room audio systems.  One bonus of the remote is that you don’t have to say Alexa each time. You just press the microphone button and speak the command! 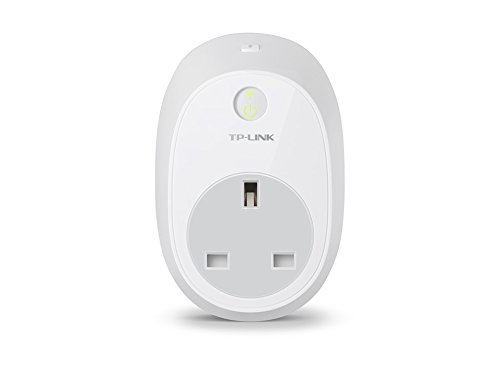 2. TP-Link Wi-Fi Smart Plug HS100
From £39.99
Easy to set up, these smart plugs can power electronics on and off as needed automatically. For example you can set the lights to come on at dusk or turn off at sunrise. Using the free KASA app on your smartphone (compatible with Android 4.1 or higher and iOS 8 or higher), the appliances can be controlled remotely from wherever you are in the world. The Smart Plug also now works directly with Amazon Alexa and the Echo speaker to manage your devices through Voice Control. Assign a name to each Smart Plug and communicate with each plug by name when making a voice command. You can also create a group for all your smart devices and control them all in one command. 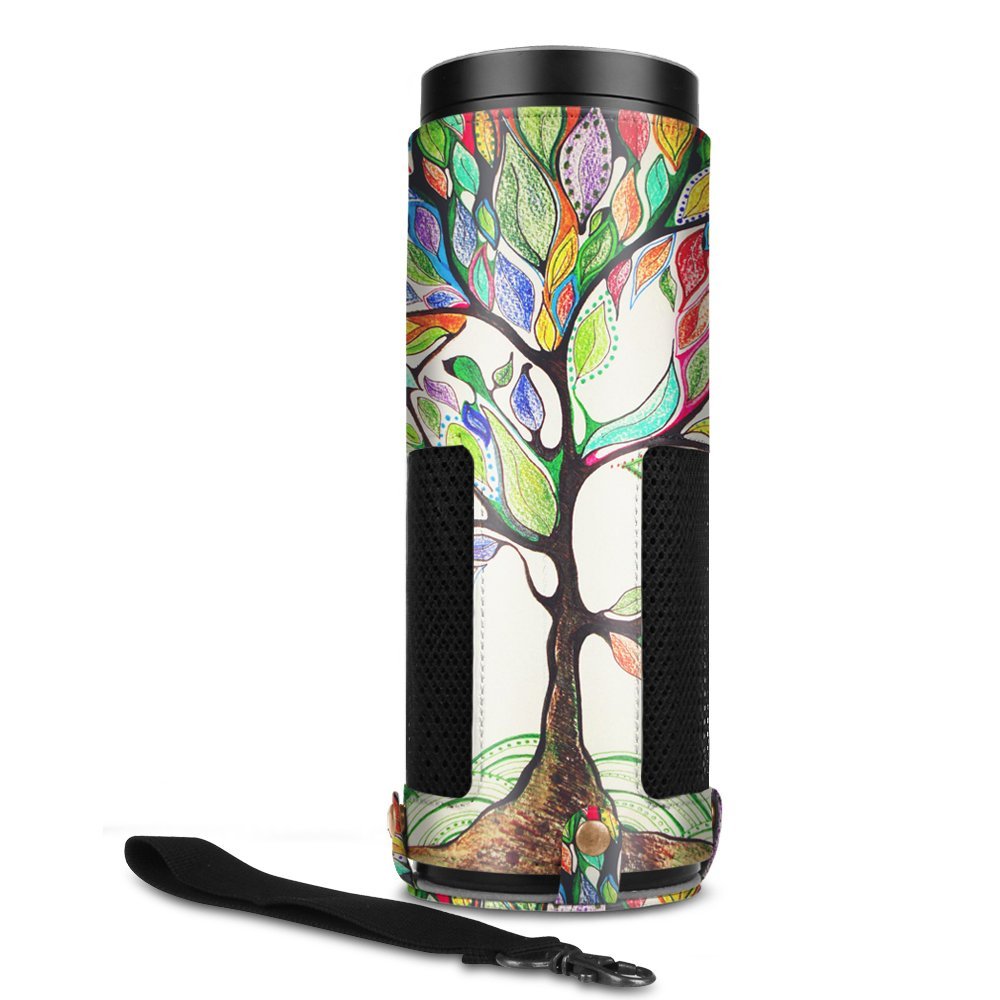 3. Fintie Protective Case for Amazon Echo
From £13.99
Protect and keep your Amazon Echo looking great with this custom case designed to protect the aluminium body against scratches, dings, and other daily wear and tear. Included is a removable strap which can be used as hand strap so you can take your speaker wherever you go with a simple snap of a clip. This protective case is available in a variety of colours to suit your tastes. Pictured is the Z-Love Tree design, but there are others including purple, blue, brown and black designs. 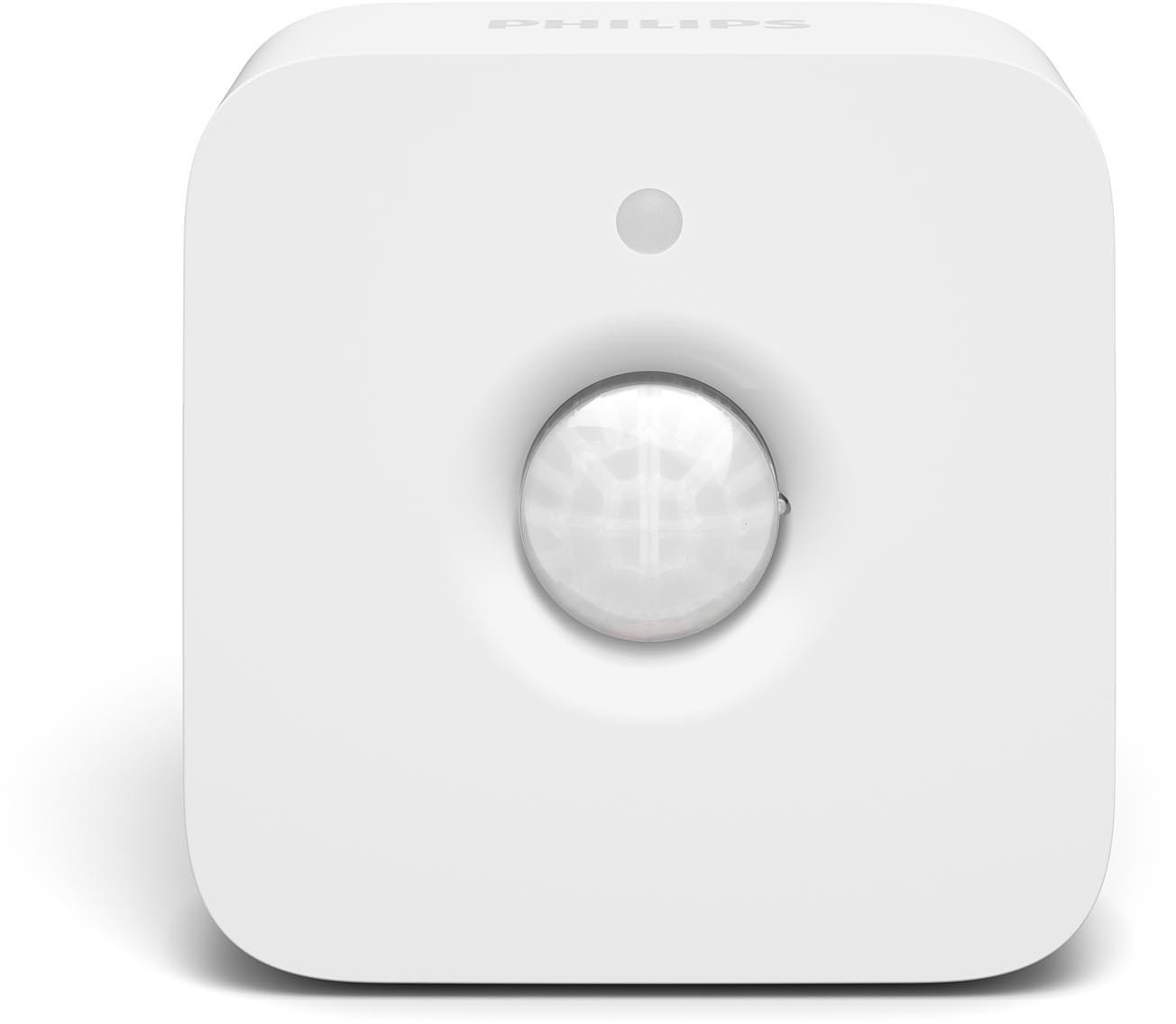 4. Philips Hue Intelligent Motion Sensor
From £29.99
Add this motion sensor to the Philips Hue intelligent lighting system and your lights will automatically turn on when movement is detected. For example you could decide to have a gentle night light on for a small child without having to flick a switch on when they go to bed or set a light to come on if you need to go the loo in the night. Battery powered, the compact wireless sensor can easily be placed anywhere in your home. What’s more you can now control your Philips Hue lighting system with your voice on Amazon Echo, Amazon Echo Dot and Amazon Tap. 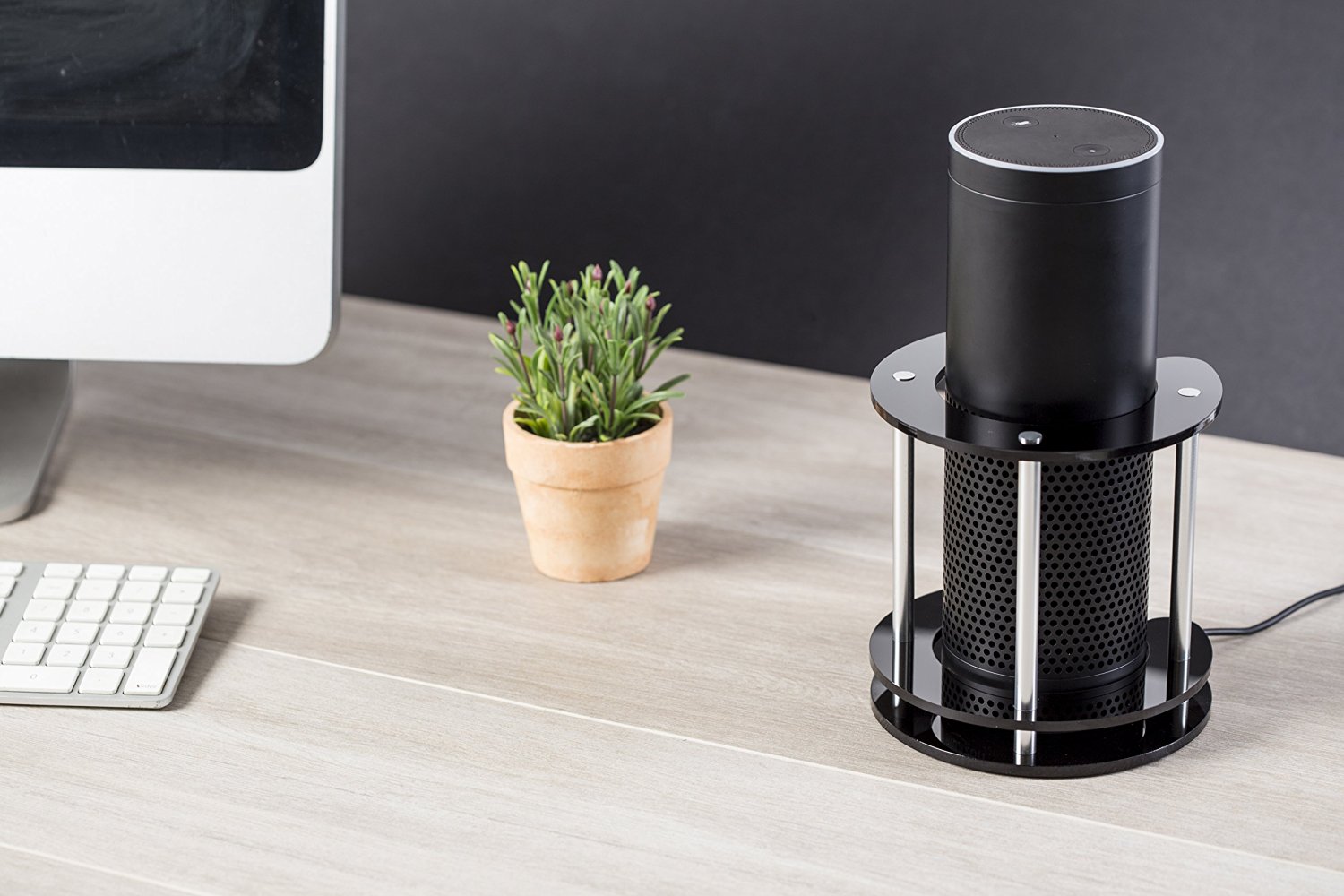 5. Wasserstein Speaker Stand for Amazon Echo
From £19.99
Designed for the Amazon Echo or the UE Boom, Wasserstein’s Acrylic Speaker Stand will stabilise your speaker and prevent it from being tipped over by nonchalant cats, excitable puppies or even playful children. The speaker stand has been shaped in a horseshoe to allow 100% sound quality and voice recognition from Alexa as well as allowing easy placement of the speaker and its cable. It is equipped with four non-slip and non-scratch rubber feed at the bottom and features a soft cushion to avoid scratching the underside of your speaker. The black acrylic of the stand also matches the Echo’s black plastic body. 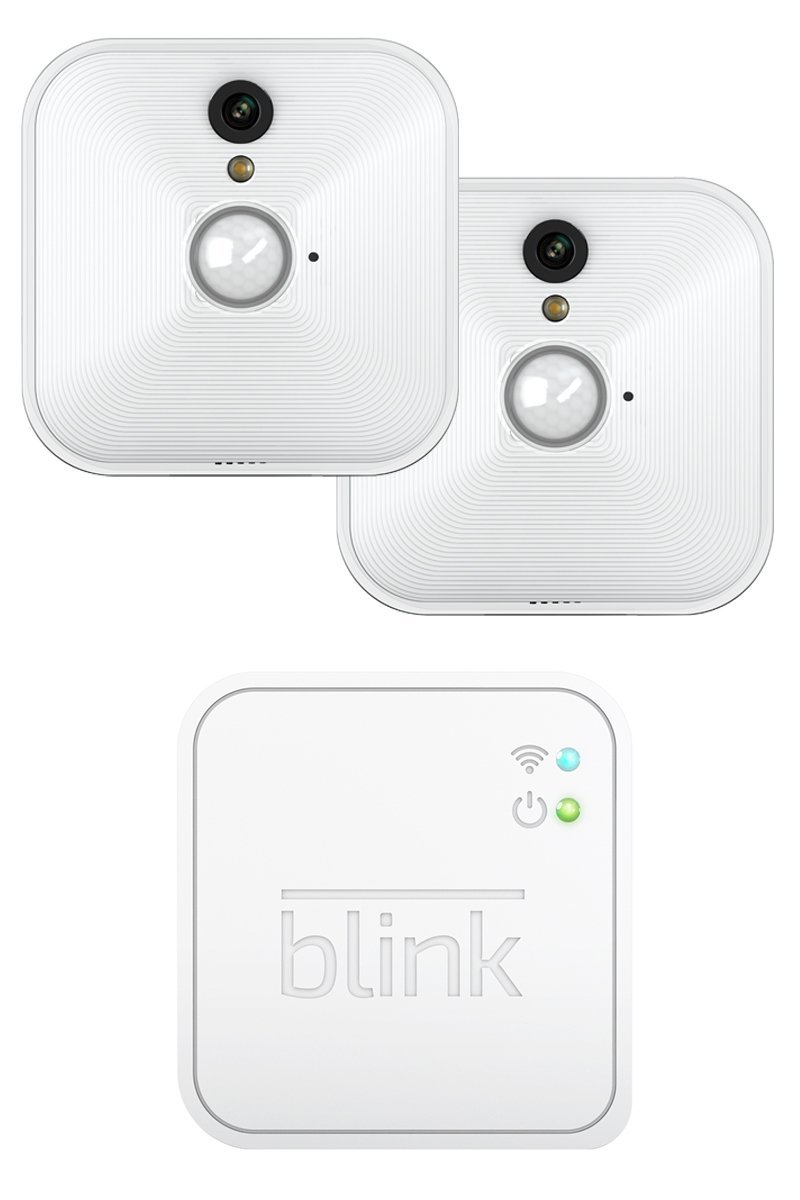 6. Blink Home Security Camera System
From £109.99
A wireless based HD video monitoring system for your home, Blink allows up to 10 cameras to be connected to your property. The square-shaped cameras, which measure about 7cm x 7cm, can easily be installed on a shelf or to a wall using a supplied bracket. Unlike a conventional security system, the Blink unit doesn’t sound an alarm. Instead when it detects motion using the built in passive infra-red sensor, it automatically sends a push notification alert and HD quality video (720 pixels) to the user’s smartphone. Fully integrated with Amazon Alexa-enabled devices including Amazon Echo, Echo Dot and Amazon Tap, the Blink system can now be controlled using voice alone. 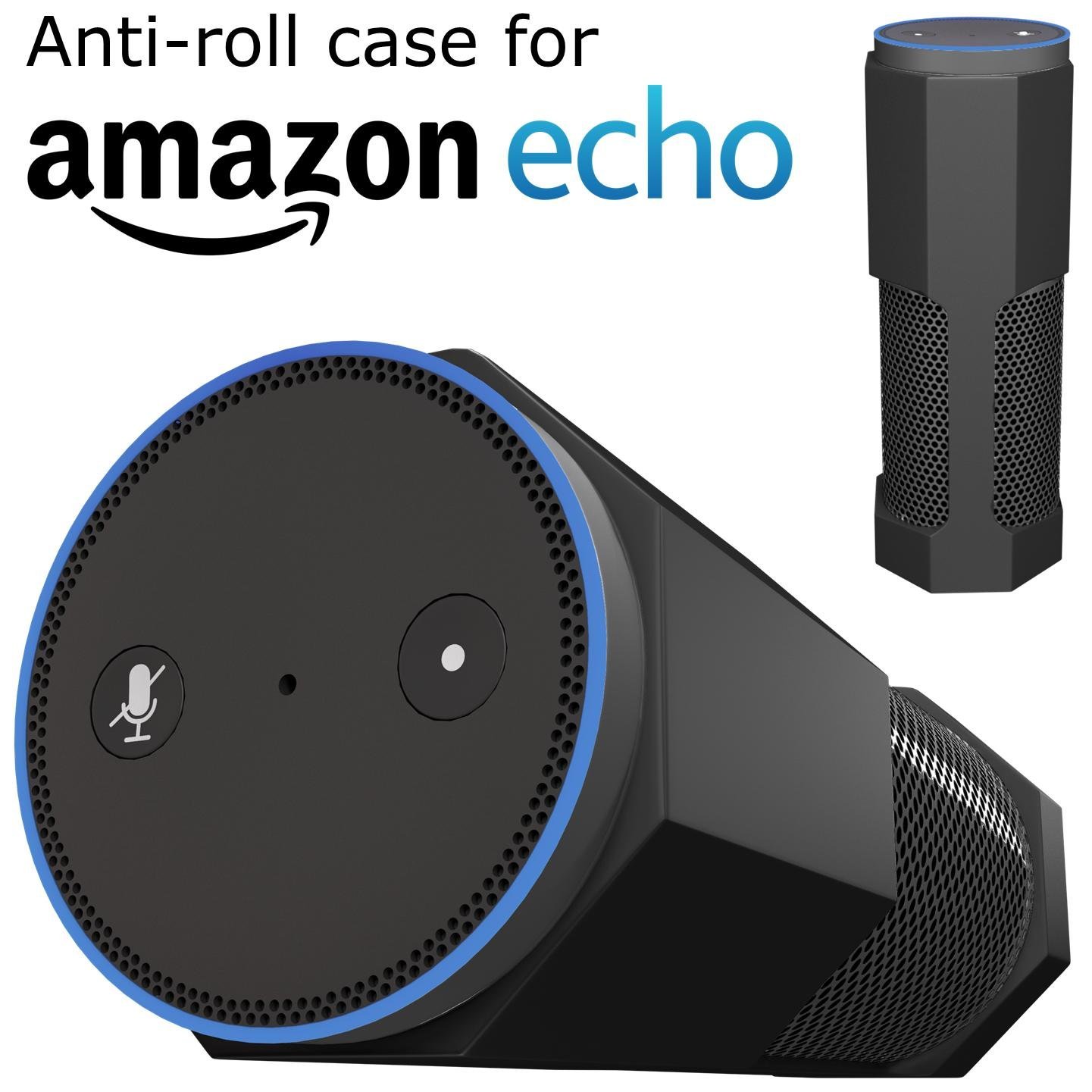 7. Amazon Echo Case Cover Stand
From £12.99
Available in black or grey, this case for the Amazon Echo features an anti-roll design which allows you to lay it flat as well as stand it upright. Ideal for homes with children or pets, it means you can place your Echo anywhere in your home without the worry of it being knocked over. It also means you can put the Echo in shorter, smaller spaces.

One thought on “What are the best accessories for your Amazon Echo?”