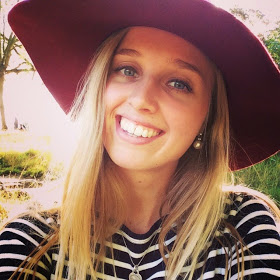 At ShinyShiny, we’re lucky to get to speak to a lot of women in interesting roles. Last year we interviewed Anastasia Emmanuel, then director of European Technology and Design at Indiegogo; we’ve spoken to Sarah Outen MBE, the amazing sportswoman who undertakes incredible solo adventures around the globe; and Victoria, better known as InTheFrow, the beauty blogger with a PhD and an army of loyal fans.

But we also love to hear from talented women who aren’t quite so far along their own road to stardom. Recently we got the chance to speak to Merel Theisen, a recent graduate in Computer Science who has just secured a role as a web developer at Mendeley, a desktop and web program designed for managing and sharing research papers, discovering research data and collaborating online. With such a great role in the bag, we threw Merel some questions to find out how the new job’s treating her, and to ask what her advice would be to other young women.

Hey Merel! So how did you get interested in tech?

I have always been interested in the latest gadgets, but I really got passionate about technology when I took my first coding course. In that course I learned how creative technology can be. As one course project we had to show what we learned by programming something.

While a lot of my classmates decided to solve mathematical problems, I made a simple ‘outfit generator’ which suggested an outfit depending on the weather or occasion. It was a very basic application, but it made me realise that you don’t necessarily have to work in a very technical area to get in touch with technology, because it’s everywhere around us.

What’s your educational background? Did you know what you wanted to do from a young age?

When I was young, I actually really wanted to study languages and art, but when I went to secondary school I soon found out that I really liked science as well. When I went to university I was still interested in both humanities and science and so I decided to study Liberal Arts and Science in Amsterdam.

During my undergraduate I took a coding class, and found my passion for Computer Science. That’s when I decided to do a postgraduate in Computer Science and find a job in tech.

We know the tech sector is growing due to ever-increasing demand, and it was recently identified as the most ‘recession-proof’ profession in the UK. Was it difficult to find a job in this industry?

No, not really. I joined the online platform Hired and within two weeks I had a couple of interviews and about a week later I got an offer from Mendeley, the company I’m currently working for.

What does your job as a web developer entail? What’s your day like?

Before I start a task, I have to analyse the requirements and make sure I understand what needs to be done both from a technical and a user’s perspective. When everything is clear, I can start coding.

As a developer I have to code everyday, sometimes alone, but often we do pair programming, where one person has to ‘drive’, do the coding, and the other person ‘navigates’, observes and helps the driver when he/she gets stuck.

What’s it like being a woman in the industry – do you notice any particular difficulties?

I’m quite new to the industry, but up until now I haven’t faced any difficulties particular to women.

What advice would you give to other women seeking similar roles?

Just go for it. If you really want to work in technology you should do it, and don’t let the often male dominated environment discourage you.

One thought on “Women in tech Q&A: Merel Theisen, Web Developer at Mendeley”