Snapchat users can now purchase “replays” of disappearing content, including photo and video snaps they receive on the app, the company said in a blog post on Tuesday.

Representing the first time users can spend money in the app, the replays will cost users 99 cents for three. Snapchat will continue to give one free replay per day, a feature it introduced about two years ago. However, a snap can only be replayed once. “They’re a little pricey — but time is money!” the company said in its post.

While in-app purchases have created significant revenue for some messaging apps like WeChat, Line and KakaoTalk, Snapchat has been slow to go down this route. Instead it has chosen to make small amounts of money by hosting content from media partners – including Sky and The Daily Mail – in the Discover section of its app, as well as by selling advertisements in Stories – chains of snaps which Snapchat employees curate from users’ snaps from around the world.

However, Snapchat is clearly a long way from being profitable. According to financials obtained by Gawker last month, the social media company – which is valued at a whopping $20 billion – lost $128 million last year and generated only $3 million in revenue (though the year before it didn’t generate any revenue at all).

Separately, Snapchat has included a new selfie animation tool in its latest update. The feature, called ‘Lenses,’ allows users to add filters, graphics and sounds to snaps taken as selfies. The lenses can be accessed by pressing and holding while using the app’s camera and allow users to distort their faces.

According to Wired, Lenses seems almost certainly the result of an (unannounced) acquisition of Looksery, an app that uses facial recognition to create similar real-time identical real-time filters to video and images, including this weird bulging eye effect below – much like Popeye in Britain’s Got Talent. 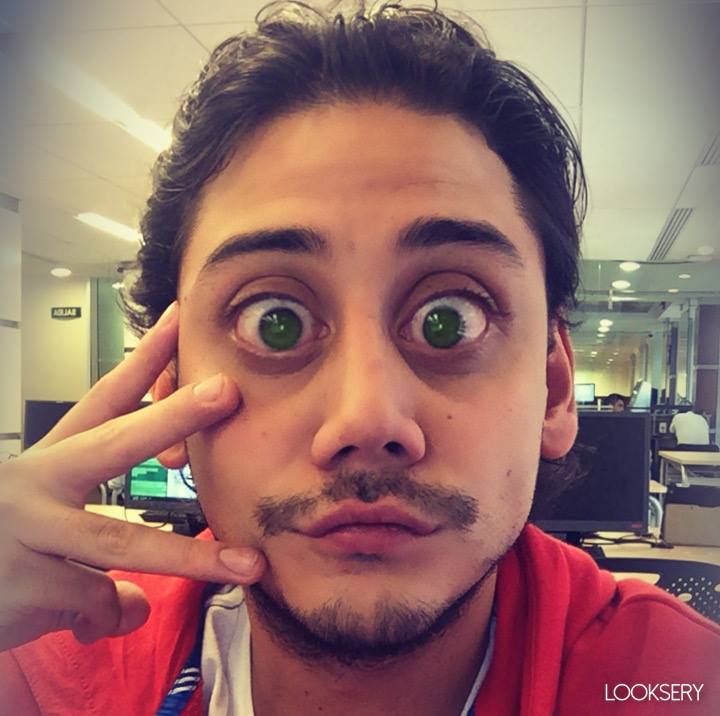