Shake up your Tumblr dashboard with some crucial, informative and educational new follows…

Hey, running the country works up quite an appetite. We assume. 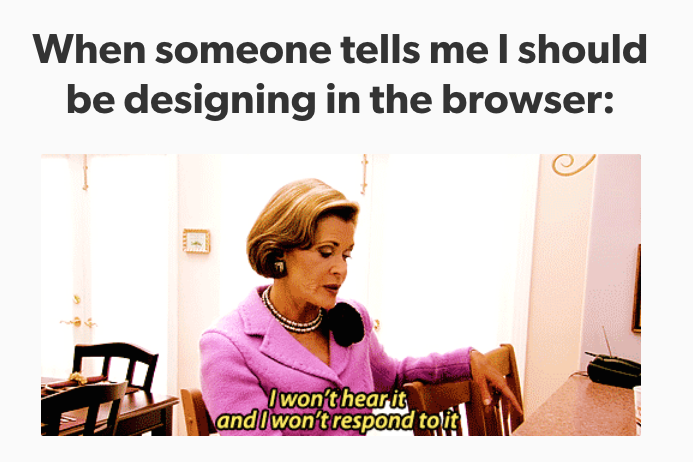 An invaluable outlet of rage and snark for every UX designer who has ever been asked why their painstakingly-crafted site isn’t working in IE7, or told to ‘just make it pretty’. Deep breaths, guys. 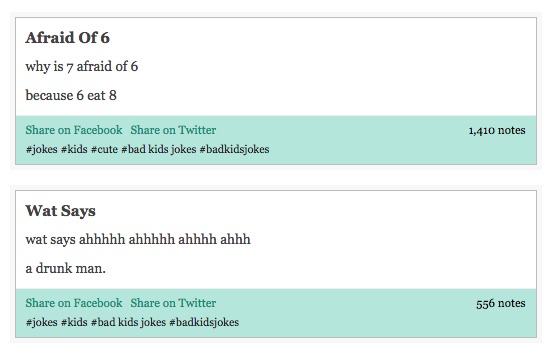 Run by the patient moderator of a children’s joke website (that’s a job your careers advisor never mentioned), the Bad Kids’ Jokes Tumblr is an archive of all the submissions that don’t make it – because they’re too rude, too nonsensical or… well, you’ll see. In the words of this joke warning:

“What did the man do with time? 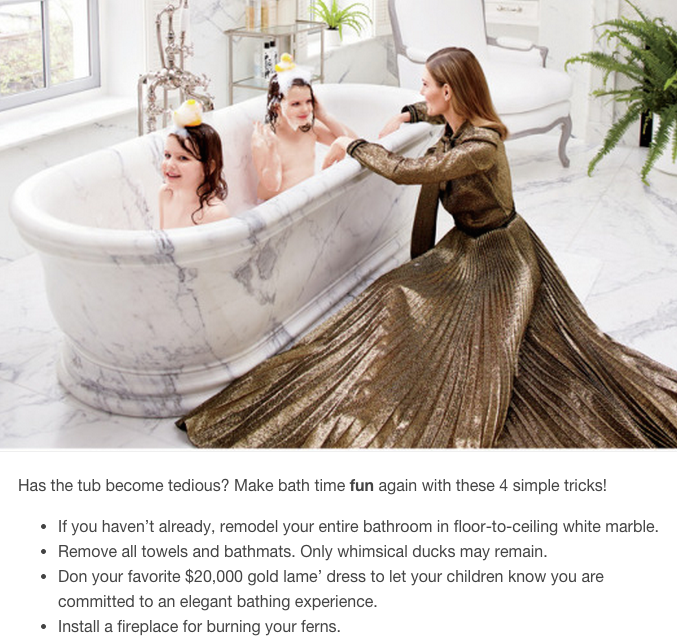 How many times have you looked at a stock photo and thought ‘gee, that’s incredibly representative of my own life’? All the time, right?!

Thankfully there’s a Tumblr collecting up all the most accurate pregnancy and parenting stock images for us, so we can marvel at their wisdom and insight. It’s just like looking in a mirror. 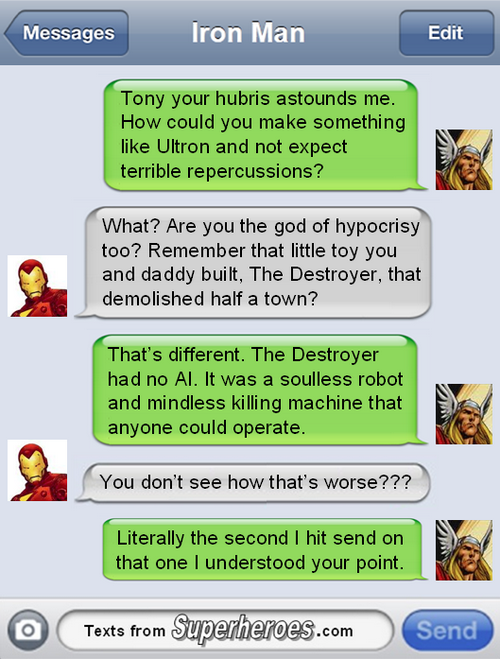 Every single post on the Texts From Superheroes Tumblr is a flawless gift for comic book fans. Hell, even if you barely know your Iron Man from… um, the other ones, you’ll be chuckling.

Check out the final five on the list by clicking here.