If you’ve been in Barcelona lately, you might have noticed this somewhat unusual sight: 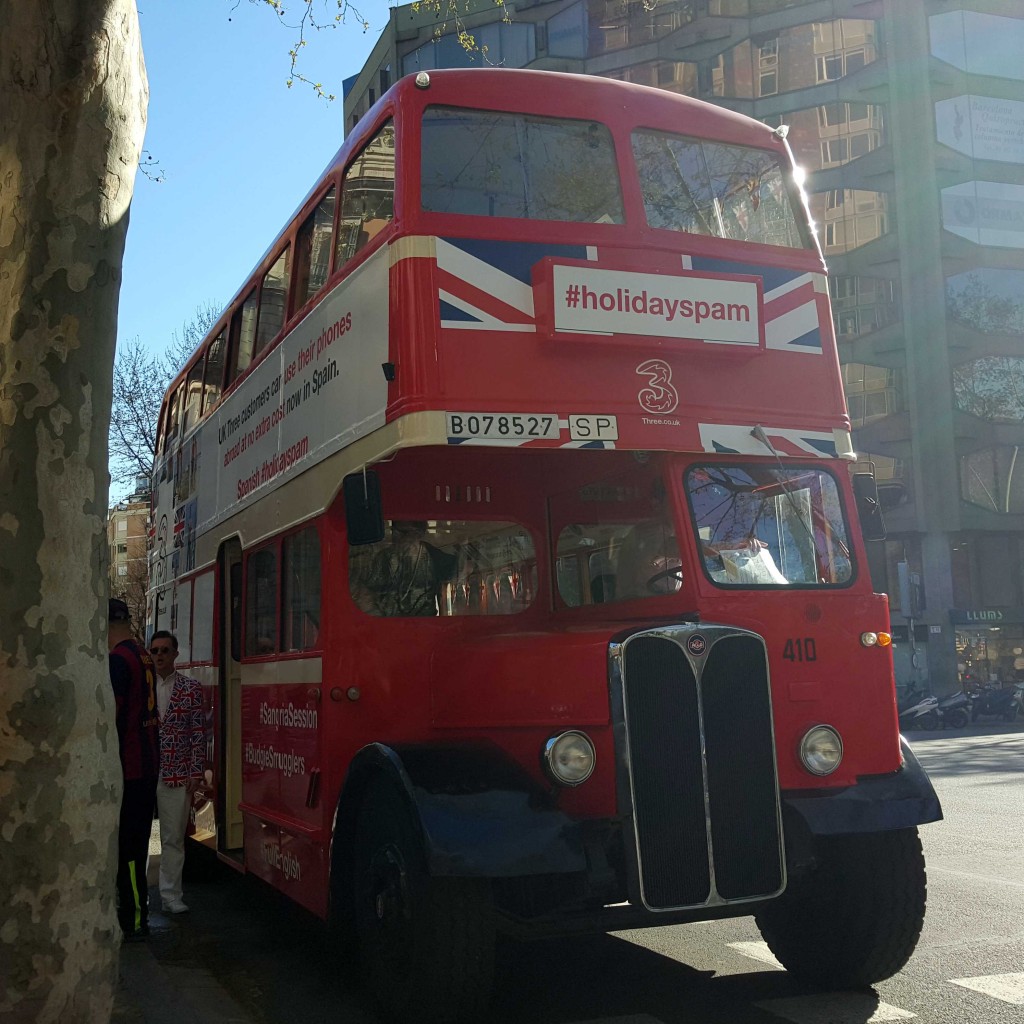 Yep, that’s a Selfie Tour Bus. And Three have been driving it around the beauty spots of Barcelona, stopping to take selfies at all the best spots.

Why, you ask? Well, Three has just launched their Feel At Home service – which lets you use your minutes, texts and data abroad as if you were at home, with no extra charges – in Spain, the UK’s most popular holiday destination. So they kitted out a bus with hashtags and party gear, equipped us all with selfie sticks and the Samsung Galaxy S6 (‘the ultimate selfie phone’) and took us on tour.

I took my seat on the bus alongside a not-so-pretty picture of a man’s beach belly: 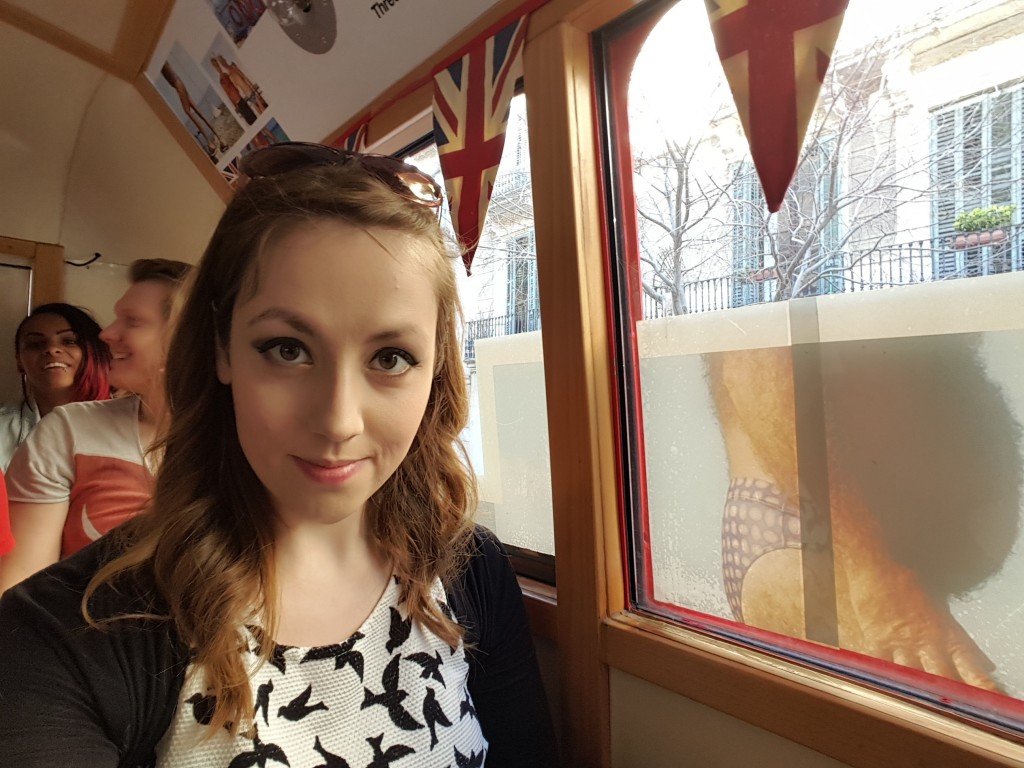 And we set off, much to the stares and confusion of Spanish folks who aren’t used to seeing London buses covered in hashtags and holiday photos.

We met Sherlock Holmes and Dr. Watson on the roof of the Santa Maria Del Mar church: 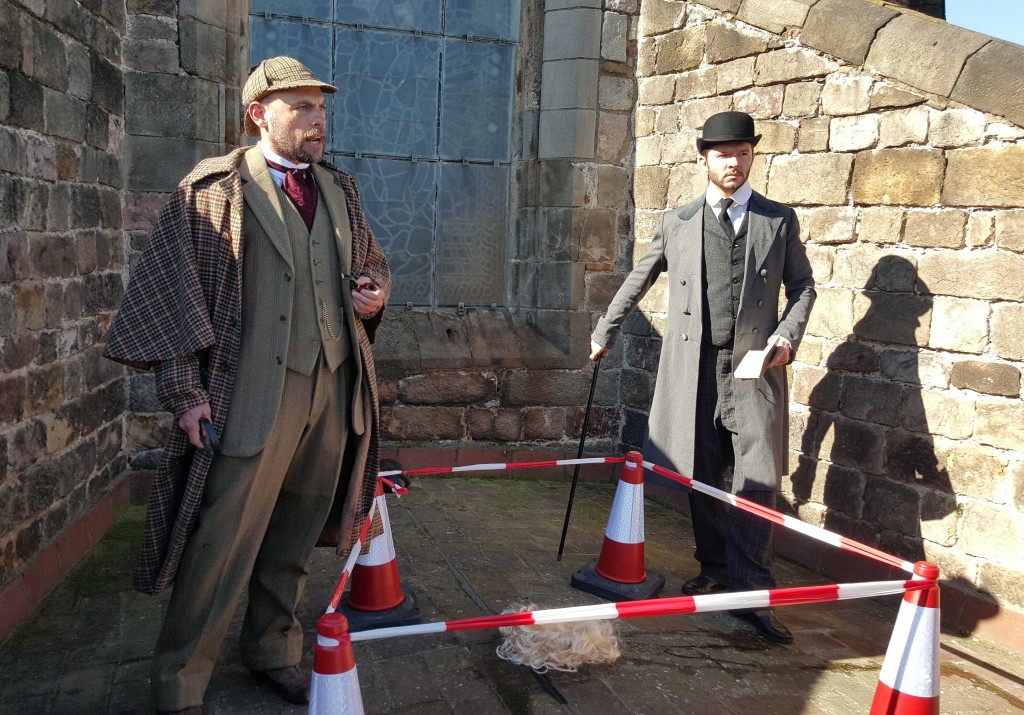 Got a personal rendition of ‘BARCELONA’ from Freddie and Brian at the Magic Fountains: 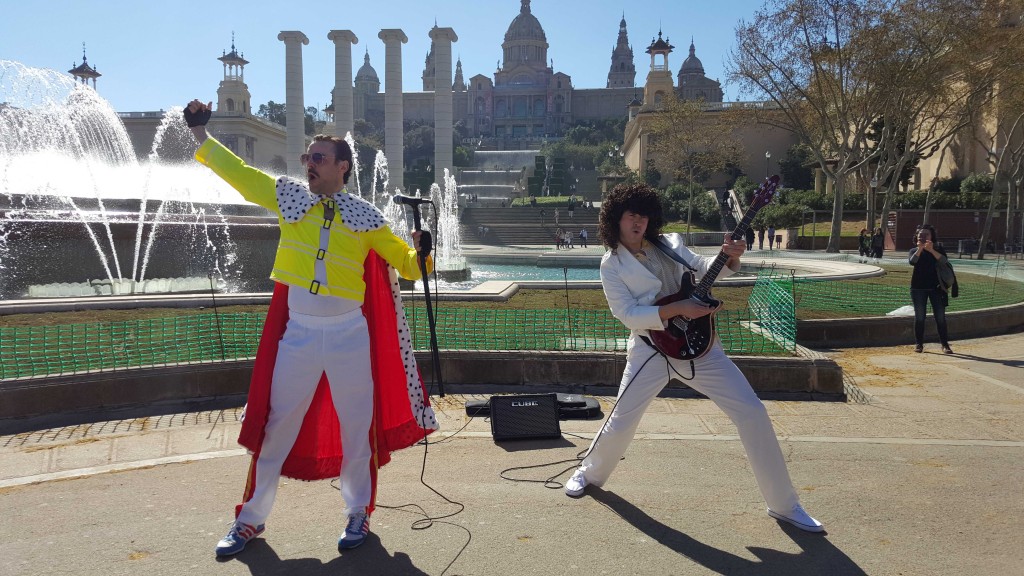 Watched a troupe of the Queen’s Guards taking imaginary selfies in unison at Sagrada Familia: 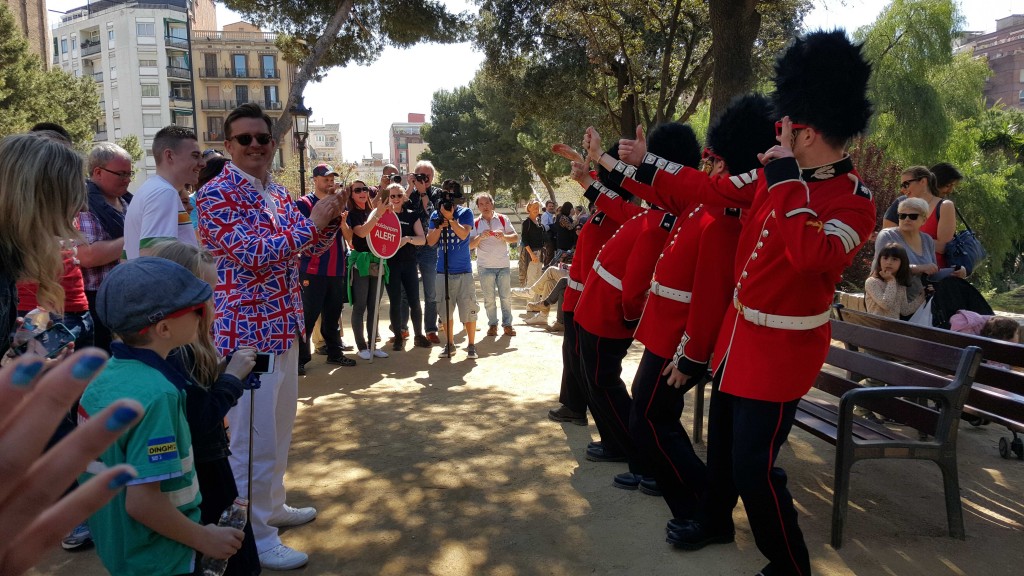 Hit the beach at Barceloneta, where a group of stag do lads joined us for a party: 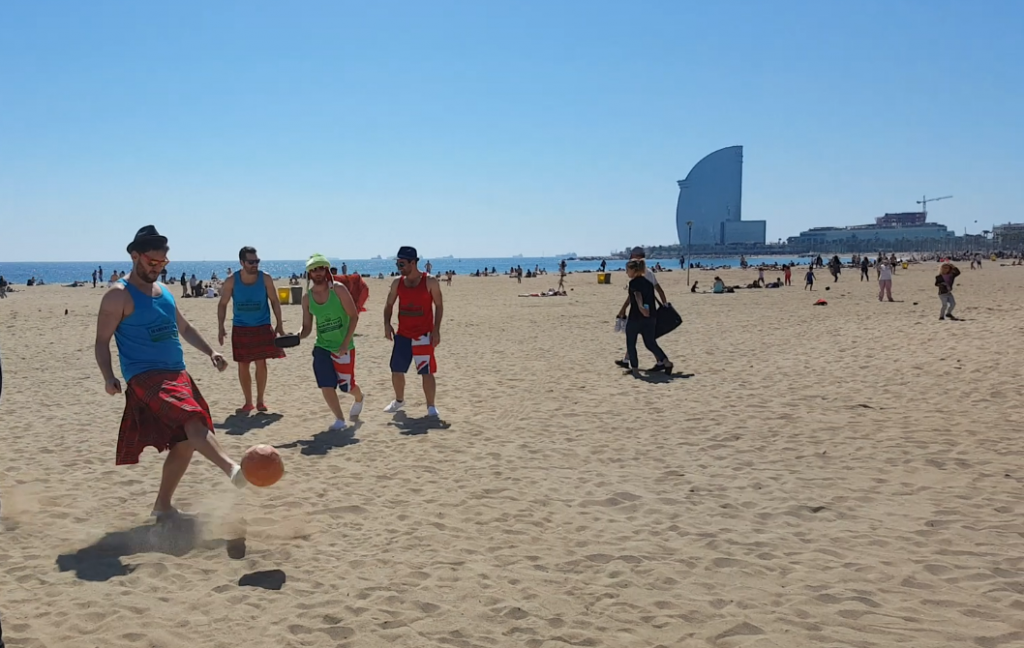 And obviously, took lots and lots of selfies with the S6: 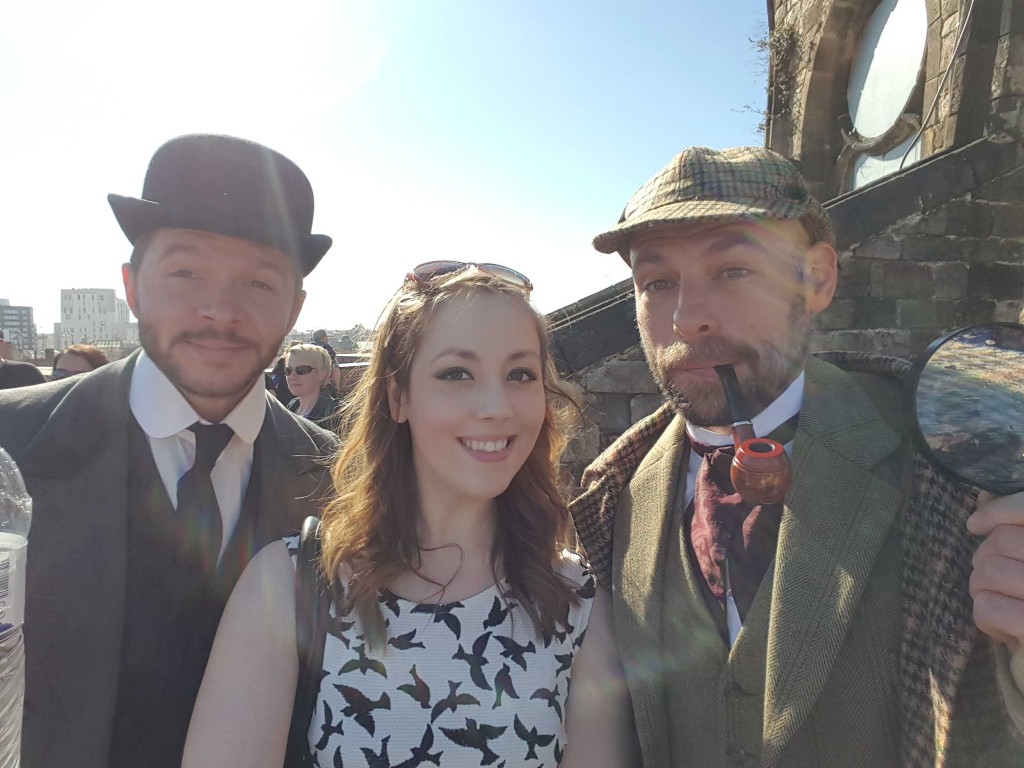 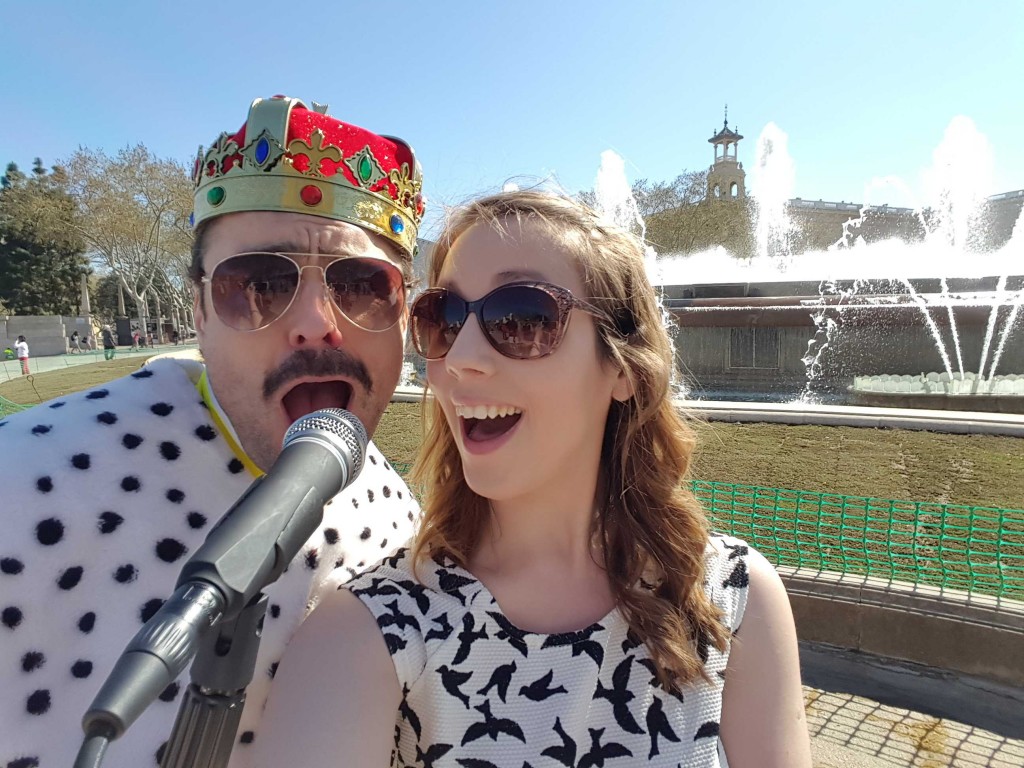 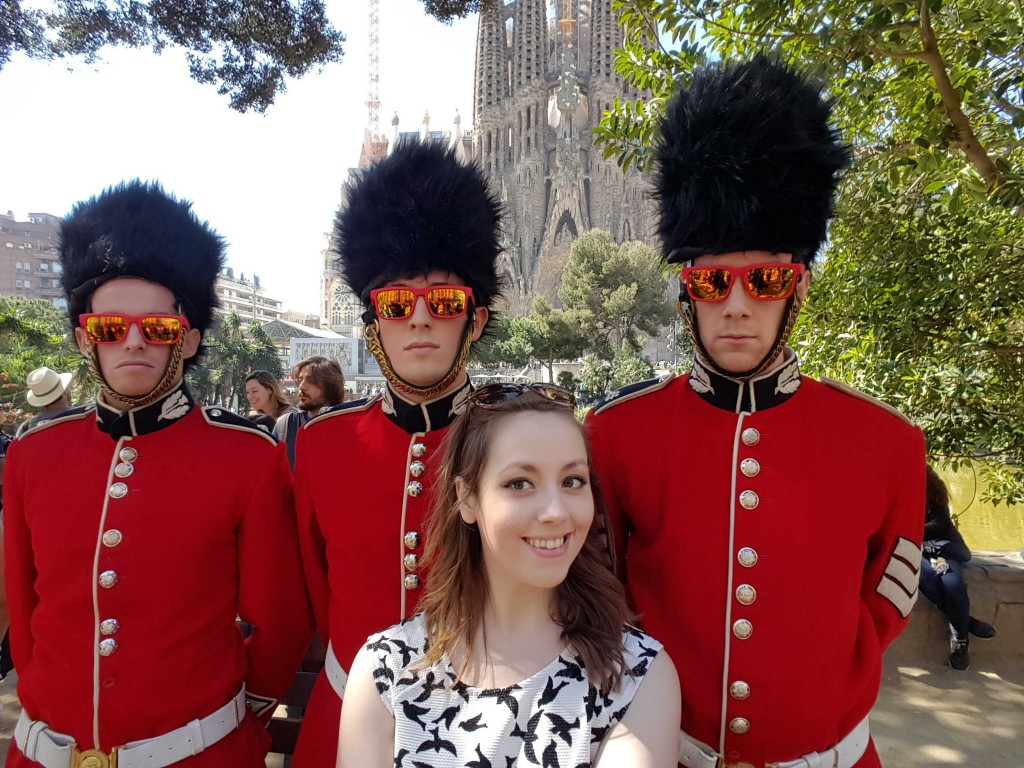 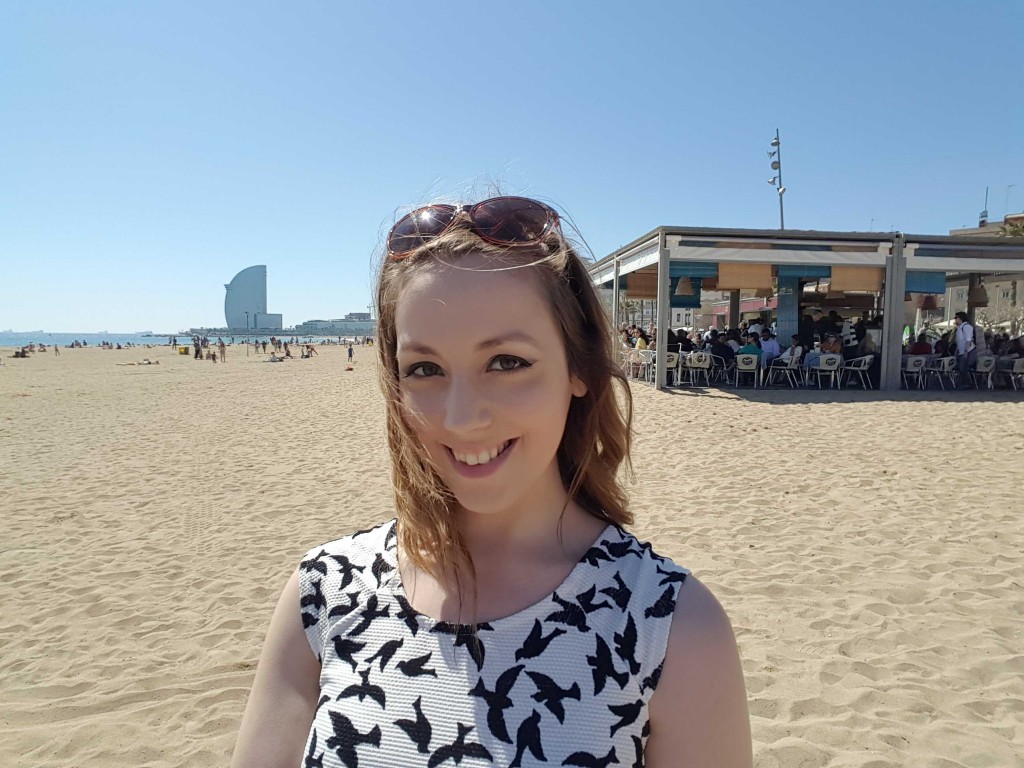 Three’s hashtag for the Feel At Home campaign is #holidayspam, and I certainly posted a whole lot of that to my Twitter and Instagram feeds yesterday! 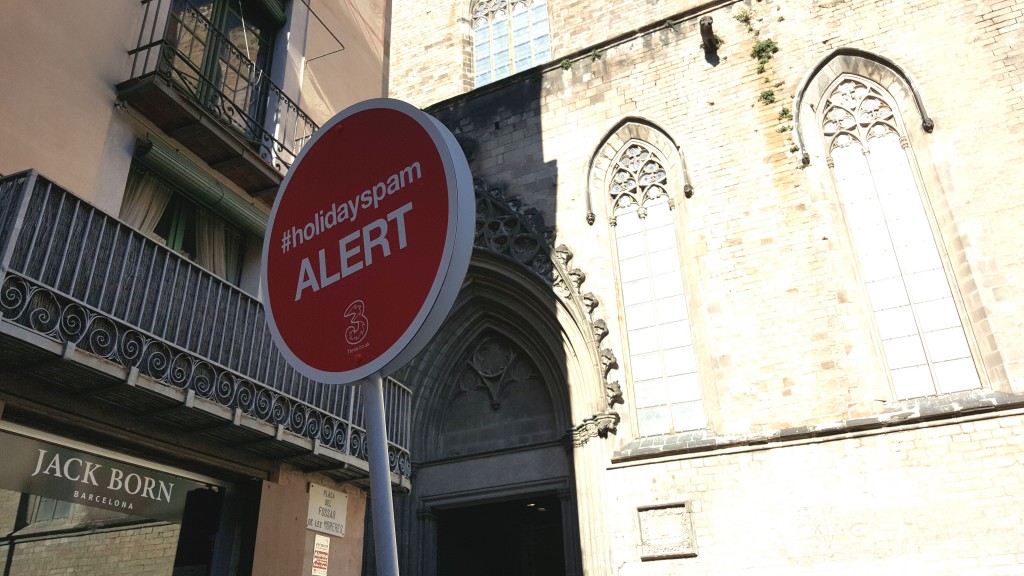 Well, there’s nothing like a sunny selfie to make your mates jealous, is there?

You can find out more about Three’s Feel At Home offer here.