The premise of I Am Bread – a PC game by the makers of the stratospherically popular Surgeon Simulator – might be our favourite ever. You play a piece of bread whose sole ambition in life is to become toast by any means possible. You can use a toaster, of course, but there are endless more creative (and funny) ways to toastify yourself.

The game is set in a house belonging to a man who’s having an emotional breakdown. He’s going through a divorce, and every time he comes home his house is in total disarray due to an errant slice of toast exploring at leisure – as one reviewer put it, it’s about “a man who is essentially being gaslighted by living bread.” The brilliantly funny game trailer is written from the point of view of his therapist:

It’s no wonder the hapless Mr. Murton noticed what the bread’s been up to: it’s impossible not to make a mess in this game. Plates smash easily, the house is littered with things designed to fall over, and also the control system is really hard. Here’s a gameplay video:

If you’ve played Surgeon Simulator, it probably won’t surprise you to hear that it’s going to take you a while to get good at the controls for I Am Bread. Luke Williams, one of the game’s designers, was patiently showing people how to play at EGX Rezzed – and the difference between his precision movements and everyone else’s chaotic bread-bending was marked. Practice makes perfect with this one, no doubt.

Here’s how I did: 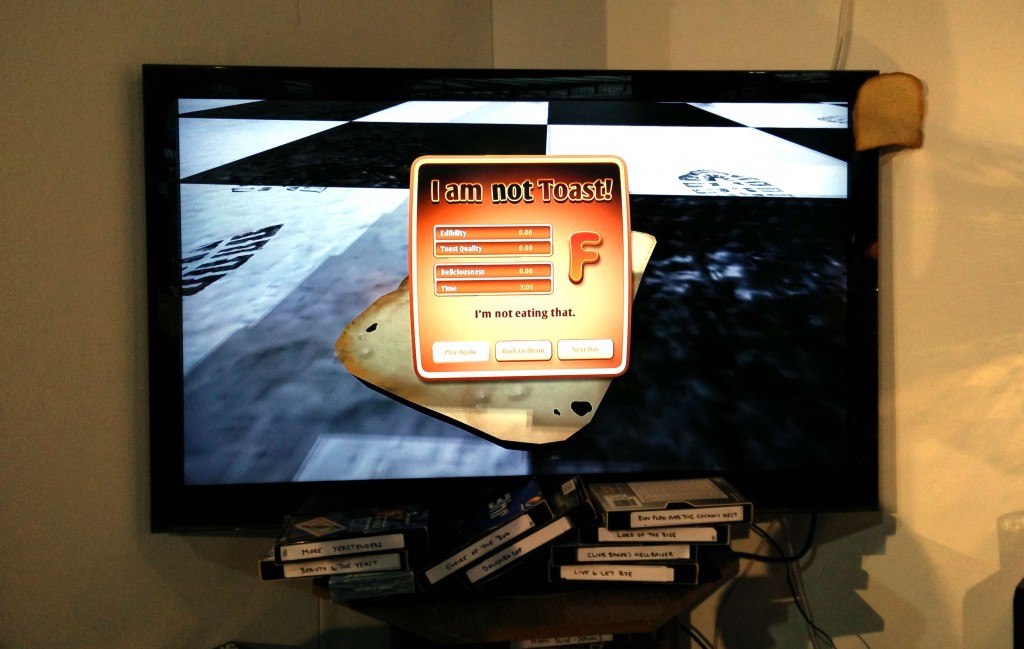 Each corner of the piece of bread is controlled individually using the trigger buttons on a gamepad (or, if you prefer, you can play with a keyboard and mouse). The quickest way to move is to flip the bread end over end by gripping the two top corners and pushing down on the control stick, but it’s not as easy as it sounds. You’ll end up pirouetting, falling, and flolloping about uselessly. There are little flags on the corners of the bread slice to show you which button to press to control that corner: 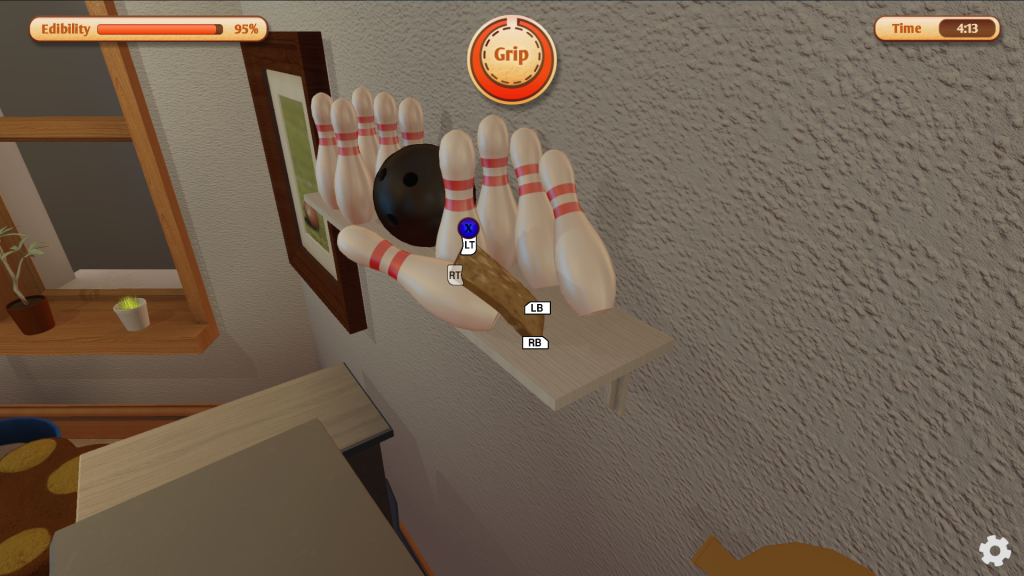 I actually think it spoils the look of the game a little bit to have those on all the time, but the fact is when your bread is constantly spinning and turning over, you’d never know which corner was which without them.

Becoming toast isn’t the only thing to consider in this game. You get an ‘edibility score’ which affects your final grade – if you fall on the floor (or worse, down the toilet), you’re not going to score well. In fact, if your edibility drops to  zero, you fail. This is pretty similar to Surgeon Simulator, which lets you flail about in a man’s chest cavity with some quite hardcore evisceration tools, and then blames you when he inevitably dies. I never did master that game! 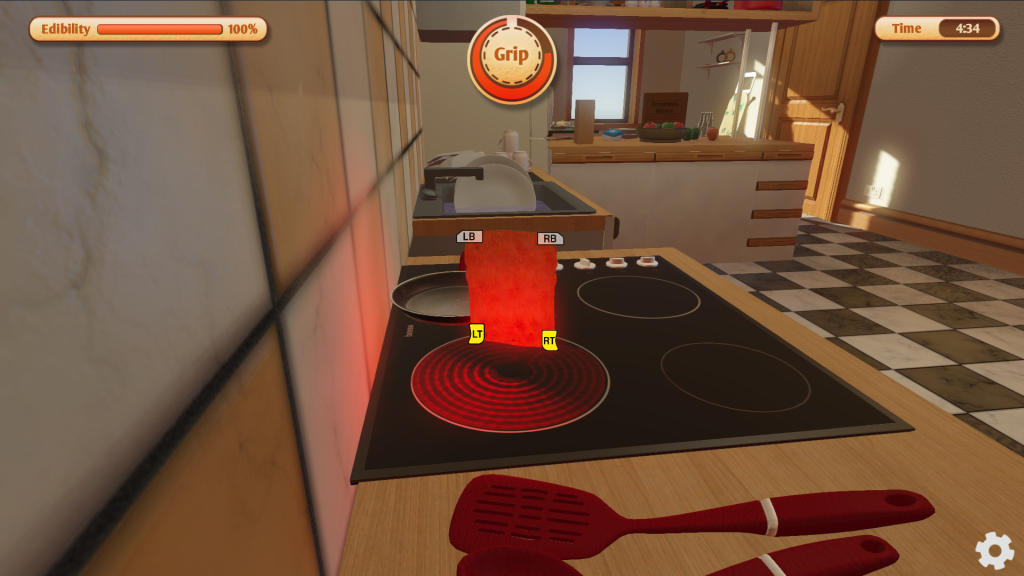 My favourite thing about I Am Bread (besides the story) is the Bagel Racing mini-game. You roll a bagel on its side around an obstacle course set up in the house- think rolling up cardboard ramps to the worktop and smashing through plates, then ascending Messiah-style in a beam of light when you reach the end. It’s insanely fun and reminds me a lot of the mini-games in Super Monkey Ball 2, which were arguably more fun than the main game. That’s not to say I Am Bread isn’t fun (it definitely is), it’s just tricky to get the hang of, whereas Bagel Racing is intuitive and easy from the outset. Both games are well worth a go: Bagel Racing will satisfy your need for a bit of quick-fix fun, whereas I Am Bread is more your long-term love.

We think this game is going to be hugely popular, not least because Bossa Studios are excellent marketeers. Almost everyone at EGX Rezzed wore an I Am Bread hat, and they had the most interesting stand by a mile: an 80s-style house scene to match the game, complete with VHS tapes bearing bread pun names (Naans On The Run was my favourite). They even gave out branded jars of jam. Popularity will also be helped by the fact that the game is coming to iOS after PC, and if it goes the same way as Surgeon Simulator, it’ll pop up on consoles as well.

I Am Bread is a funny, well-written game with a bonkers premise and loads of talking points. It’s tricky to get coverage for your me-too medieval battle MMO, but a game about bread becoming toast? Everyone wants to hear about that.

An early-access version of I Am Bread is out now on Steam for £6.99, and we’re expecting the full version around the end of March. We promise, it’ll be the best seven quid you ever spend on toast.