We’ve all been in a situation where we’d do or say anything to take back a message. Whether it was a text sent in anger, an email to the wrong person, or even a long drunken voicemail (à la Rachel Green).

Not all types of messages can be taken back after they’ve been sent, but some can – here’s how.

Google has a ridiculously useful Google Labs feature called ‘Undo send’ that lets you take back an email after you’ve sent it. To activate it, go to the cog in the top right corner, click Settings, then go to the Labs tab. Scroll down until you find ‘Undo send’ and click Enable. Then go to the ‘General’ tab and decide how many seconds you’d like to change your mind after sending an email. Mine’s set to 10, but you might like longer.

How to undo sending a text message (Android)

Using the free On Second Thought app, you’ll be able to swipe to undo a text after you’ve sent it. As with Gmail, you can decide how many seconds after sending a message you get before you’d like to undo it. 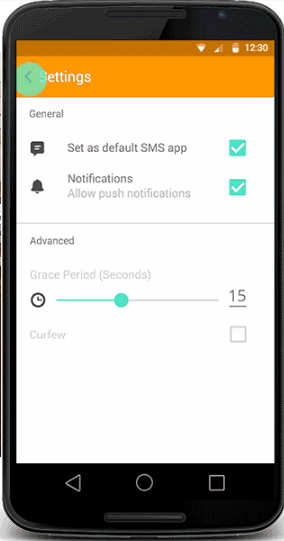 You’ll need to use OST to send texts instead of your usual app (or the one that came with the phone) from now on. To change your default texting app, go to Settings, then More, then Default Messaging App and select On Second Thought.

On Second Thought isn’t available for iOS yet, but it’s on its way.

How to do undo sending a text message (iPhone)

Until On Second Thought’s iOS version launches, there aren’t many good options for unsending messages on iOS. You can use TigerText, but you’d both have to have the app for it to work. There’s also a really old-school way: quickly putting your phone into Airplane Mode as soon as you’ve hit ‘send’ and hoping the message will be stopped before it leaves the phone. But realistically, it’s not likely, and if you turn signal back on within 5 minutes or so, it might well still send.

You can apply to join the On Second Thought iOS beta test here.

How to undo sending a message on Facebook Messenger

Sadly, this isn’t an option at the moment, say Facebook. We’d like to see it in future releases of Messenger, even just so we could correct typos.

How to unsend a message on WhatsApp

Since Facebook-owned WhatsApp has the tantalising one-tick, two-tick, blue-tick system, it’s easy to think you can cancel a message before the other person’s seen it. And really, there’s no good reason you can’t: if the message only has one tick (for ‘sent’), we think you should be able to recall it before it reaches two ticks (received but not seen yet), or even blue ticks (‘seen’).

Unfortunately, though, WhatsApp will only let you cancel a message before it’s got any ticks at all. In other words, once you’ve sent it, you can only cancel if it still has the clock icon. After that, it’s on WhatsApp’s servers and you can’t call it back.

We’ve tried cancelling a message while it’s still in the clock stage and frankly, you have to have faster fingers than this kid. So unless you’ve sent something big (like a picture or video), it’s probably not happening. Sorry.

How to undo sending an email in Outlook

If your office uses Outlook, you can use the ‘Recall message’ function to undo sending that email to your boss letting him know your doctor’s appointment is actually an interview. However, there is an enormous list of conditions required for it to work, so basically, don’t rely on it.

If you’ve got Outlook 2003 or earlier, go to Actions, then ‘Recall this message.’

If your office uses Google Apps for email, just follow the steps for Gmail above.