Fashion! Turn to the left! No seriously, there’s an art student just over your shoulder wearing a stuffed skunk as a bonnet.

As we near the end of our biannual jaunt around the world’s four biggest fashion capitals, it’s time to sit back, take stock, and think about all the items from London Fashion Week that we’re definitely, 100% not going to be buying off ASOS this year. If you spot us wearing any of them come autumn, we will eat our Lego hats. 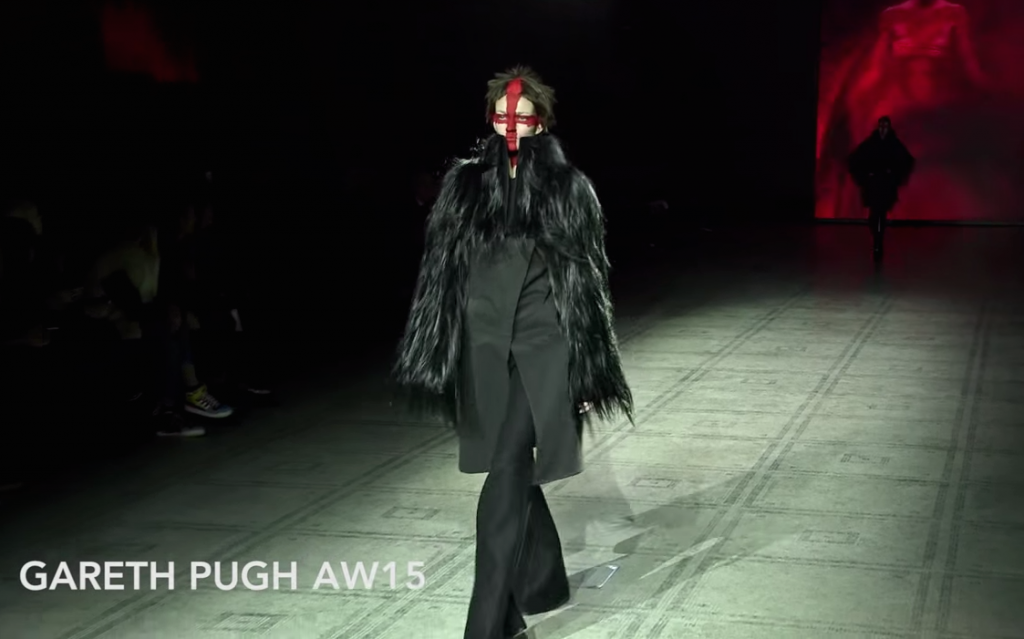 He’s been away for a while so perhaps he’s just not been keeping up with Newsnight, but Gareth Pugh’s marked his first London show for seven years by painting all of his models’ faces with the St George’s Cross.

In a look that the fash press call ‘patriotic’ and the rest of us might call ‘ah right, time to leave the pub now’, the red and white face paint offset a distinctly less English collection of structured, textured black, with wool, leather, feathers and chains giving it all a battle-ready feel. Probably don’t wear those down the pub either, tbh. 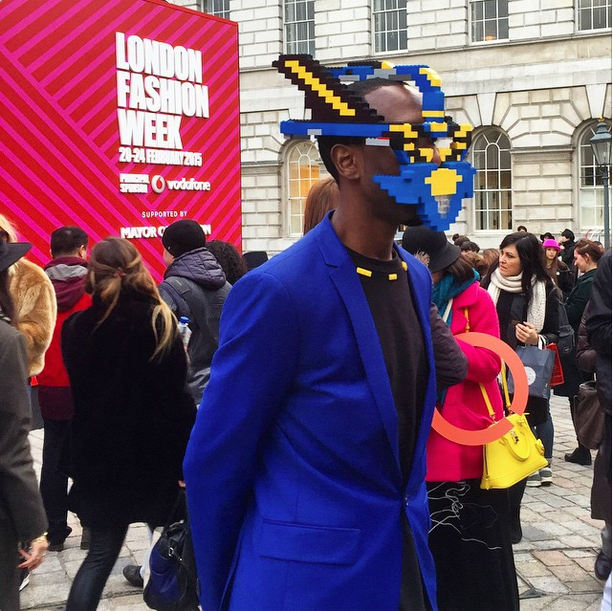 Everything is awesome, everything is cool when you’re part of a team. Even if that team is the niche crop of professional irony-mongers who turned up to shows wearing head (and face) pieces made of Lego. Still, it probably gave them ample chances to tell people they were ‘bricking it’. 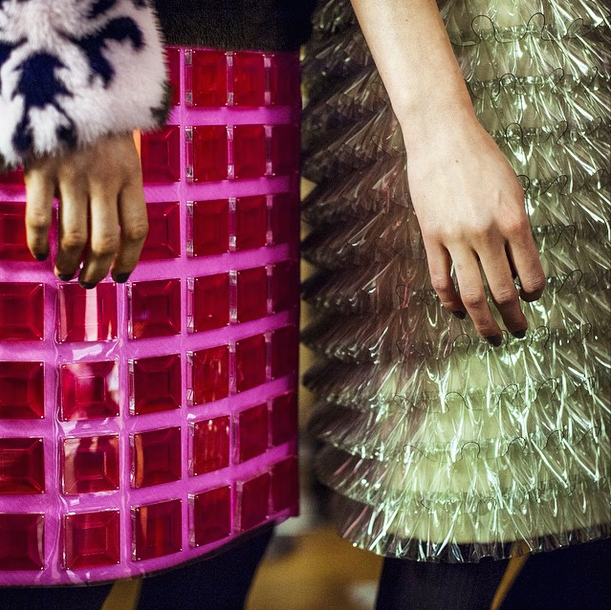 Much as we’d love to live in a world of wipe-clean clothing, these poly pocket-inspired skirts are probably the bit of Mary Katrantzou’s beautiful AW15 collection that we’re least likely to be buying watered-down versions of from Topshop in six months’ time. Not least because of the creaking noises. 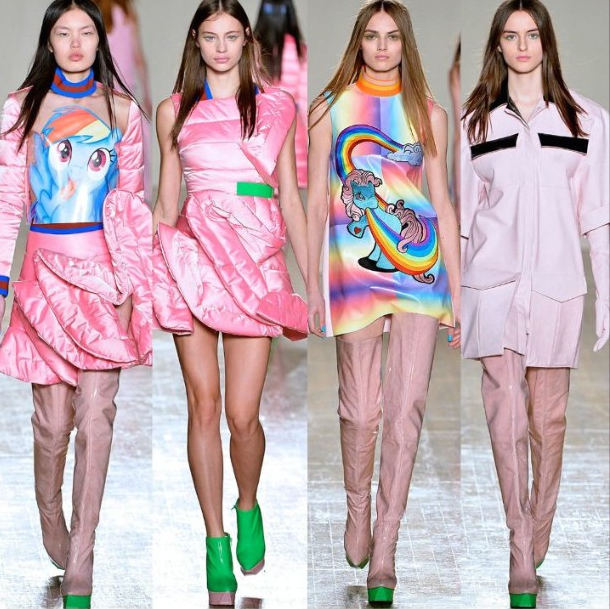 It’s not that we don’t appreciate the dreamy nostalgia of My Little Pony, rainbows and duvets. Of course we do. It’s just that we can completely imagine the whole ‘kitschy childhood prints’ thing backfiring royally when we realise we’ve turned up to a work meeting wearing what is essentially a pair of seven year old’s pyjamas from the mid-80s. Best kept to accessories and phone cases. 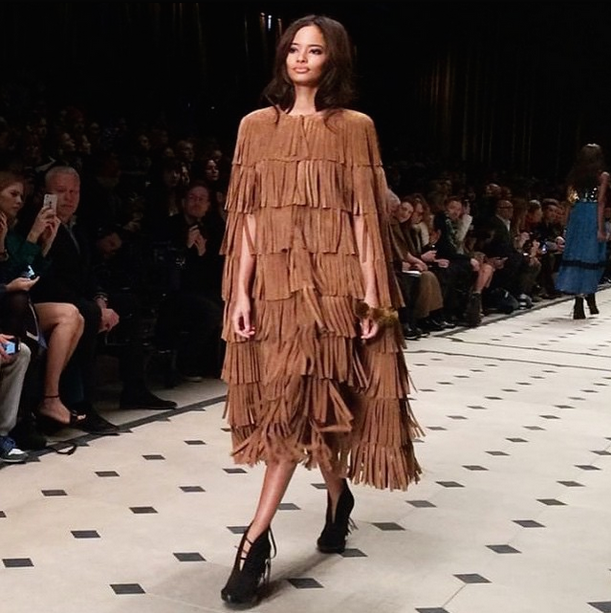 There’s no fighting it; we’re definitely all going to be wearing suede this year. But although we admit it’d be fun to shake ourselves like a dog after getting caught in the rain, Christopher Bailey’s top-to-toe fringing at Burberry was a little too reminiscent of the Addams family’s most hirsute relative to have us all rushing for our wallets. 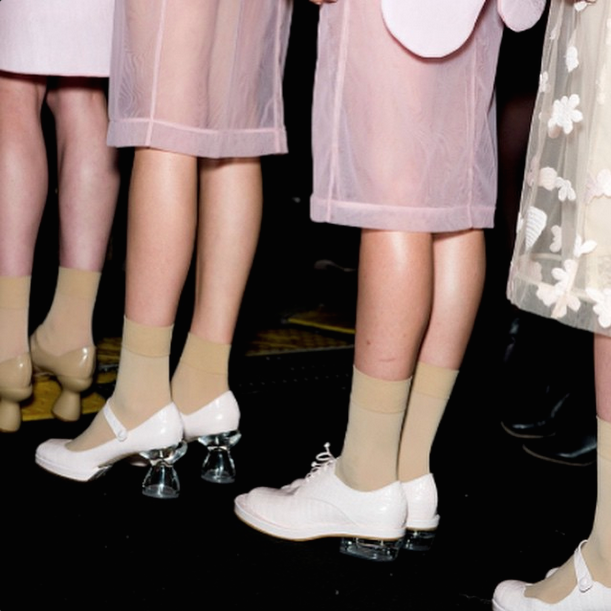 Socks were basically the new sex at the Autumn/Winter shows, and on behalf of blisters and chilly toes everywhere, we’re grateful. But Simone Rocha’s Gran-tastic medical support numbers only served to prove that nude tights fool nobody. Go opaque or go home. 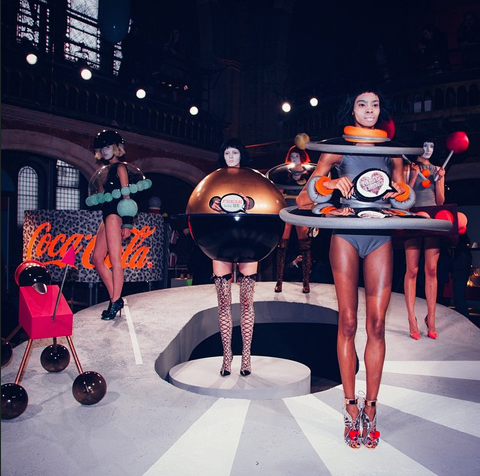 Things took a Saturnic turn at Sophia Webster, where the playful shoe designer staged a ‘Freak Like Me’ cyber circus, her creations on the feet of models dressed as planets. One looked like a giant Malteser, another like an inflatable cake stand, all had the air of something you might craft from ‘found’ objects for a summer school craft competition.

But in fairness, the outfits made the neon pom-pom six six inch stilettos look like something you could wear down the chip shop by comparison. Well done, fashion. 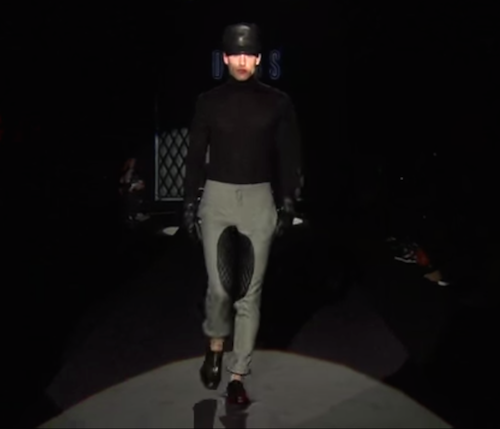