We’re at Mobile World Congress this week to bring you the latest from tech brands big and small. First up this morning was Acer’s pre-briefing, featuring four new smartphones and an updated version of the Liquid Leap smart activeband: the Liquid Leap+.

We weren’t hugely impressed by the previous Liquid Leap, having had major technical issues with the first two we tried, as well as finding the screen hard to switch on and the band difficult to fasten.

Acer have listened to feedback and come back with the Liquid Leap+, a more premium-looking device with an improved touchscreen. Acer say it’s easier to turn on and off than the previous screen, which required quite hard taps to register, and from trying the smartband out this morning we’d agree.

The bands are now replaceable, meaning you can pop out the brains of the operation and put them into a different-coloured strap. The colour choices are minimal, though: the inevitable black, neon Acer green and the dubiously-named Fragrant Pink. Acer said there could be more colours on the way if choice proves popular with customers: we’re hoping it will, because a break from the usual black and white is very welcome. The previous version also came in white and orange. 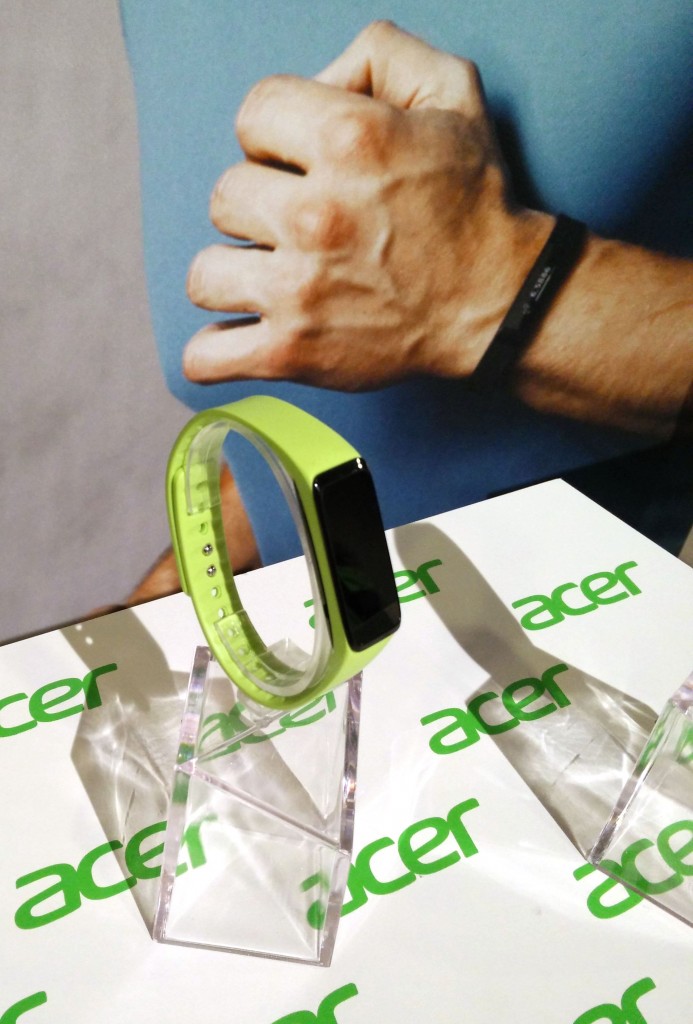 There’s an enormous amount of holes on the back of the Liquid Leap+, meaning that it’s very easy to get a good fit. Crucially, this means it’s one of the few wrist-based wearables that look good on women: try a Moto 360 on a slim female wrist and you’ll see what I’m talking about. The one I tried fitted perfectly, although I have to say that again it was very hard to fasten. Acer say the holes loosen through use (obviously these were brand-new devices), and it gets easier. 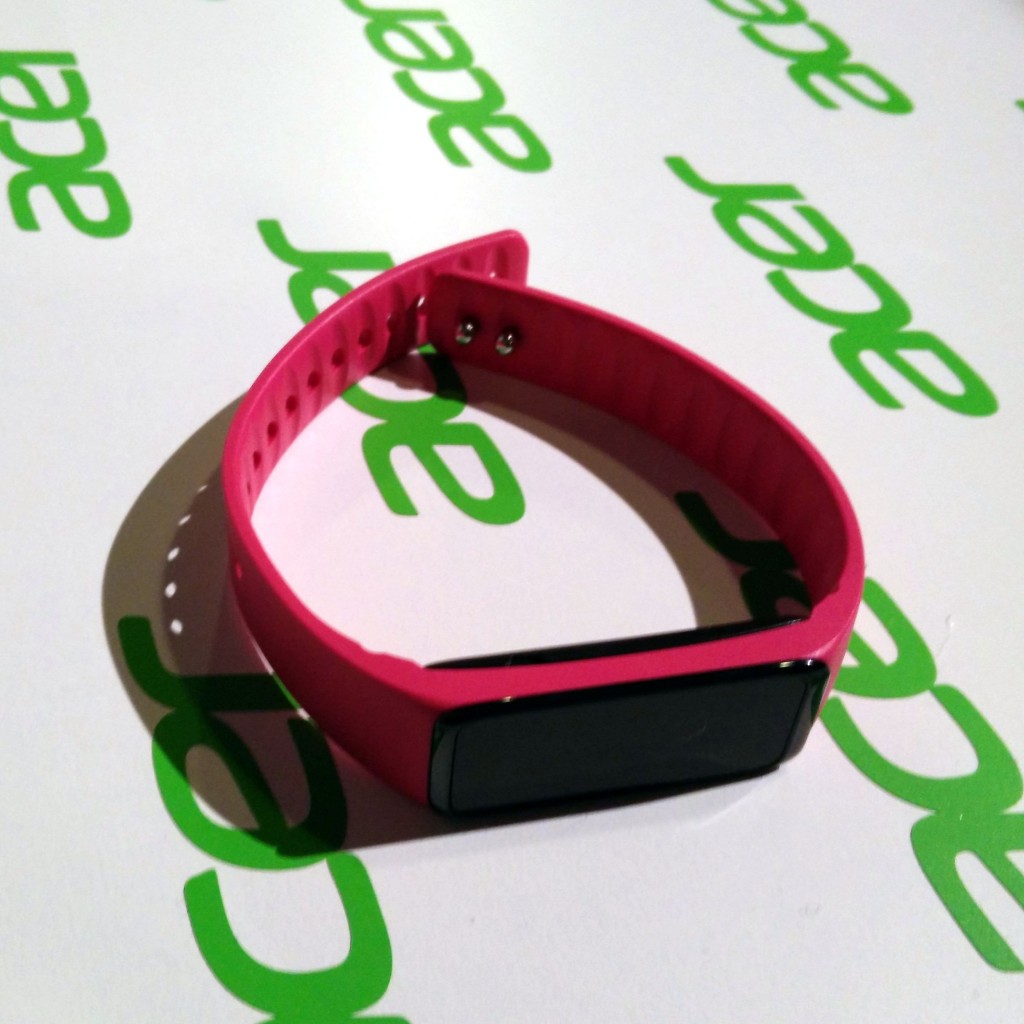 New to the Liquid Leap+ is the ability to track your calorie consumption, in addition to the existing step, run and sleep tracking on the first version. You can still control your music from your wrist, too, and get calendar and message notifications.

The IPX7 rating means that it’s waterproof, and the curved band is designed not to sit too close to your skin, essentially to keep it from getting sweaty under there (or giving you a rash, like some Fitbit devices).

The Liquid Leap+ Smart activeband has its own app, called Acer Leap Manager, which works on Android, iOS and Windows Phone. No word on BlackBerry or whether it’ll be compatible with other fitness apps like MyFitnessPal, though. The app looks great and is pretty easy to understand at a glance, which is a definite bonus, and the band uses low-energy Bluetooth to save battery power (although again I couldn’t get a comment on potential battery life for this product. We’ll update you when we know – the previous version was slated to last 7 days).

The Liquid Leap+ will be out in the UK and Europe in March (we’re probably looking at the tail end of the month, though) and will be priced at 79 Euro, which is about £57. It’s likely to be available to buy through Amazon and the Acer store, as with the previous Liquid Leap smartband.

See all the latest news from ShinyShiny at Mobile World Congress here.