Can buying the latest hi-tech sportswear really make you go faster? If you believe the manufacturers then yes it can – but then they would say that wouldn’t they? Remember, before the London 2012 Olympics Adidas unveiled custom-fitted ‘AdiPower’ trousers for the big name cyclists. Dubbed ‘hotpants’, these were battery-powered to warm the legs before a big event in the hope the athletes would go faster.

Now Speedo has unveiled a swimsuit that, while it doesn’t feature onboard heated filaments (that would be kind of dangerous in the water), is made of special fabrics which, the Australian manufacturer claims, can offer muscle compression and support in all the right places.

Speedo’s Nottingham-based global research and development team, Aqualab, tapped into a database of 1200 swimmers whose bodies were placed into a 3D scanner to identify areas where improvements could be made to existing swimsuits. One of the key features of the new Fastskin LZR Racer X Swimsuits are the Ab Activators – laser cut panels which Speedo claims improves sensitivity allowing athletes to have a better feel of the water at the same time as improving the body’s core and positioning in the water.

Other features include CompreX fabric in the legs for increased compression in the thighs where muscle support and stability is most needed, combined with stretchier LZR Racer PulseLite fabric elsewhere in the body for increased comfort levels. There are also new comfort precision straps to prevent the fabric digging into your shoulders during racing (it’s important to where the suits really tight for fast racing.) 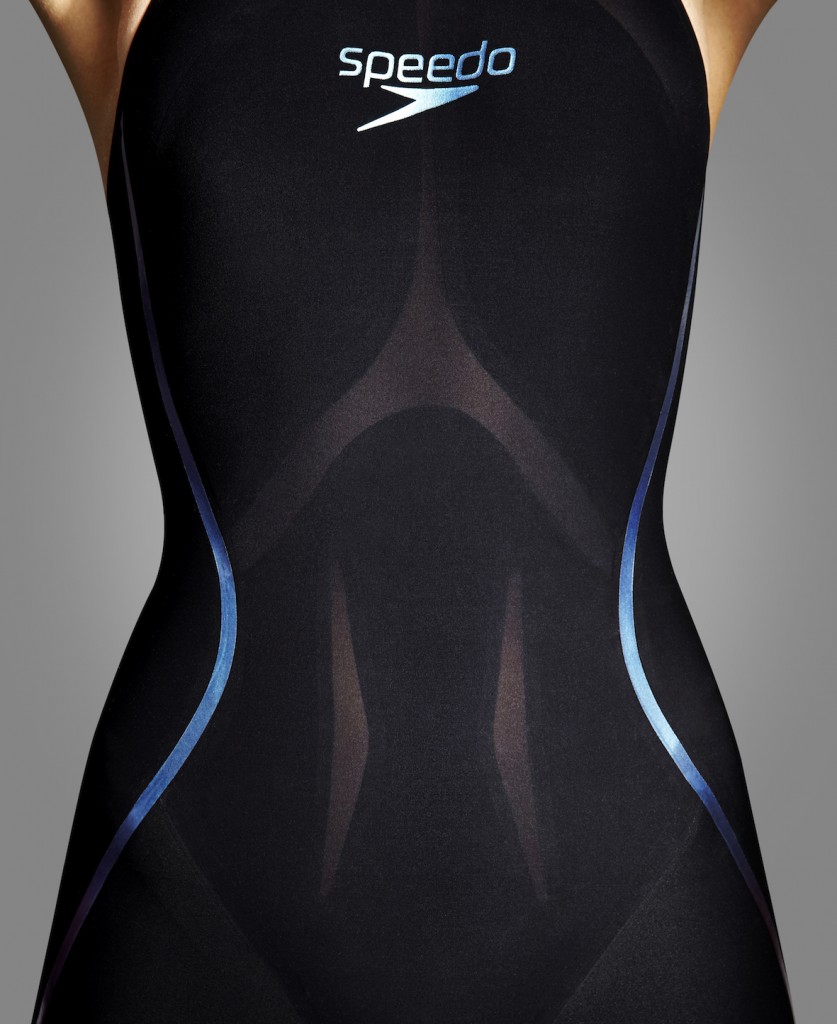 Above: Speedo claims the Ab Activators, pictured above, help improve a swimmer’s feel in the water as well as improve their core and positioning in the water

But do all these fancy-named features ultimately affect speed in water. Yes, says Speedo, and it has done the tests to prove it. Using ‘test swimmers’ at a lab in Eindhoven in the Netherlands (rather like test drivers you would get in Formula 1) it has shown that passive drag through the water is reduced by 8.4 per cent compared to a standard swimsuit and 2.2 per cent compared to current racing swimsuits that are on the market. It may not sound a lot but to elite swimmers it may be the difference between getting a medal and not.

Speaking at the London launch of the Speedo LZR Racer X swimsuit yesterday, Olympic 200m Breaststroke silver medallist Michael Jamieson talked about the benefits the technology behind the new swimsuit brings to him: “You can really feel the difference with the dual fabric construction which is really important especially with the explosive movements of the race, such as the dives and the turns. The suit needs to be very secure through these phases.”

Whether it will prove enough to propel Jamieson to Olympic Gold at Rio 2016 remains to be seen but at least he has the benefit of receiving free pairs of these high-end racing trunks through his Speedo sponsorship. Unfortunately, the rest of us will have to fork out for the privilege. Launch prices are expected to be around £350 for a ladies’ Speedo Fastskin LZR Racer X swimsuit and £250 for men’s swimming trunks, but expect the prices to fall after a few months.