Earlier this week we showed you pictures of what was supposedly the back of the Lumia 1330, a new Windows Phone phablet from the people at Microsoft. Now we have new images of what is claimed to be the device’s shell, and it looks enormous.

The new images surfaced on Chinese site Baidu, and show the alleged device’s case in comparison to the 5-inch Lumia 535. As you can see the 535 is dwarfed by the larger case. We can’t really take much from the images themselves, but the overall design is almost identical. 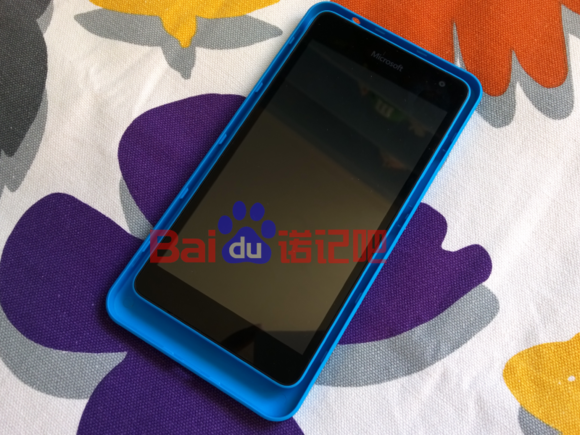 The rumours up to now are that the 1330 will come with a 5.7-inch 720p display, 1GB of RAM, a Snapdragon 400 processor, and 32GB of internal storage. Those specs are relatively impressive, especially when you consider that Microsoft has been focussing on the lower-priced end of the smartphone market for some time now.

Unlike the previous leak we can clearly see the Microsoft logo, lending some credence to the the fact that these pictures are legitimate. Than again it wouldn’t actually be that difficult to stamp a Microsoft logo onto the phone, so who knows.

Sadly the word is we won’t be seeing more about the 1330 at CES next week, which means we’ll have to wait until MWC in March.