Nobody said it was easy. No one ever said it would be this hard…

So you decided to do Veganuary. Congratulations! Lettuce begin.

Frankly, if you never saw food again it would be too soon. Veganuary? Why not go the whole hog and become a fruitarian too? Or a raw food paleo juice devotee? Let’s all live on bark! You can’t WAIT for how pure, glowing and healthy you’re about to be. Bring. It. On.

Or January 2nd either, which as we all know is New Year’s Boxing Day.

You’re going to bosh this. It’s only a month, nobody goes out or has any fun in January anyway, and hey, you secretly LOVE kale.

Right, perhaps you haven’t prepared for this as thoroughly as you might have done. You swiftly become less confident once you start reading the backs of packets and it turns out animal products are in basically everything. Popchips, even. And vegetable soup. Apples… is there secretly milk in apples?

No, ok. You’re safe with apples.

Suddenly your level of nutritional knowledge seems no better than when your Nan feeds ham sandwiches to your vegetarian cousin.

Is butter secretly in everything? Does coconut milk count as dairy? Hang on, what’s mayonnaise made from? Are animals somehow involved in making Marmite? Are you SURE?

6. Trying to work out exactly what’s wrong with eating honey

But… but… what would the bees be doing with the honey if we weren’t putting it on our porridge? Making facemasks?

To cheer yourself up, you seek solace in your local fancy organic health food shop. Look at all the exciting products! All the different types of tofu! Such a wide variety of nut butters! Are there any nuts that can’t be smooshed into a paste? Do they even taste different? Better buy them ALL just to see!

£82.95 later, you discover that almond butter, cashew butter and peanut butter all taste identical. But hey, at least you got a nice hessian tote bag.

8. Actually getting quite into it

It’s been a few days and you’re still on the wagon. In fact, you’re king of the wagon!

9. You temporarily forget about Veganuary

You’re just out and about, being carefree, loving life… why yes let’s spontaneously go for dinner! Of course I want to try that new mac and cheese bar with the 82 varieties of macaroni cheese! This is going to be– OH NO WAIT.

Then you remember that you did this to yourself. And no, they don’t have soya mac and cheese. Stop crying.

Necessity is the mother of invention! And you not being arsed to go out into the January cold to buy ingredients for a proper vegan meal is the mother of this thing you’ve made involving peanut butter, baked beans, celery and… erm, oats?

You feel so healthy and balanced. Or at least, you think you do but it’s hard to tell in between all the cheese withdrawal headaches. You begin evangelising about the virtues of veganism to anyone who will listen, keen to  help them discover how easy and fantastic and wonderful it is.

11. Being *that* person in restaurants

‘I’ll have the bacon and brie salad, but without the bacon or the brie. So basically I’ll have some leaves on a plate, but to make that less depressing could I also have the avocado from the avocado and mozzarella salad but not the mozzarella, and the garlic bread from the lasagne but with no butter. Basically could you rub some garlic on some dry toast?’

12. Discovering not everything vegan is healthy

Oreos are vegan! Calloo callay! Yeah you’ve been telling everyone about your new-found love of frozen coconut date treats and everything, but now there are Oreos on the scene there’s a chance you might actually make it through the month.

Bourbon biscuits are vegan too, as it happens. So are Co-op doughnuts. And so is this stuff: 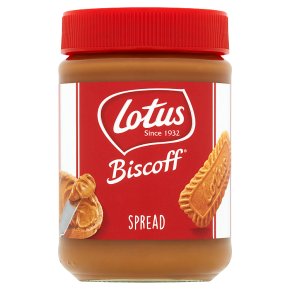 It also has 300 calories a spoonful, but what does that matter when you’re basically living on plants?

Once your creativity has dwindled and you’ve spent your whole month’s wages on smoked bean curd and raw chocolate cashew bars, everything gets a bit less exciting. And a lot less healthy.

Still, five rounds of toast every day was more or less how you ate at uni and you survived that! Albeit with rickets.

January is trundling on and your friends really thought you’d have cracked by now. They wave chorizo under your nose, and groan every time you pull out the spare Trek bar you keep in your sock.

And even if they’re being supportive, the calendar isn’t. You’ve never even celebrated Burns Night before, but suddenly all you can think about is a great steaming plateful of sheep offal. Then there’s someone’s birthday, and another one, and suddenly you’re swatting away incoming slices of birthday cake like a 90s platform game.

Maybe you slip up and eat a tiny corner of brownie. Maybe it’s so good you eat three bites more, then weep for a little while in the loos.

A month has FLOWN by, hasn’t it? You barely even felt deprived!

Perhaps you’ll stay vegan, like, 80% of the time from now on. Maybe this will be your thing. Maybe you ARE now a vegan!

Find out more about Veganuary here.